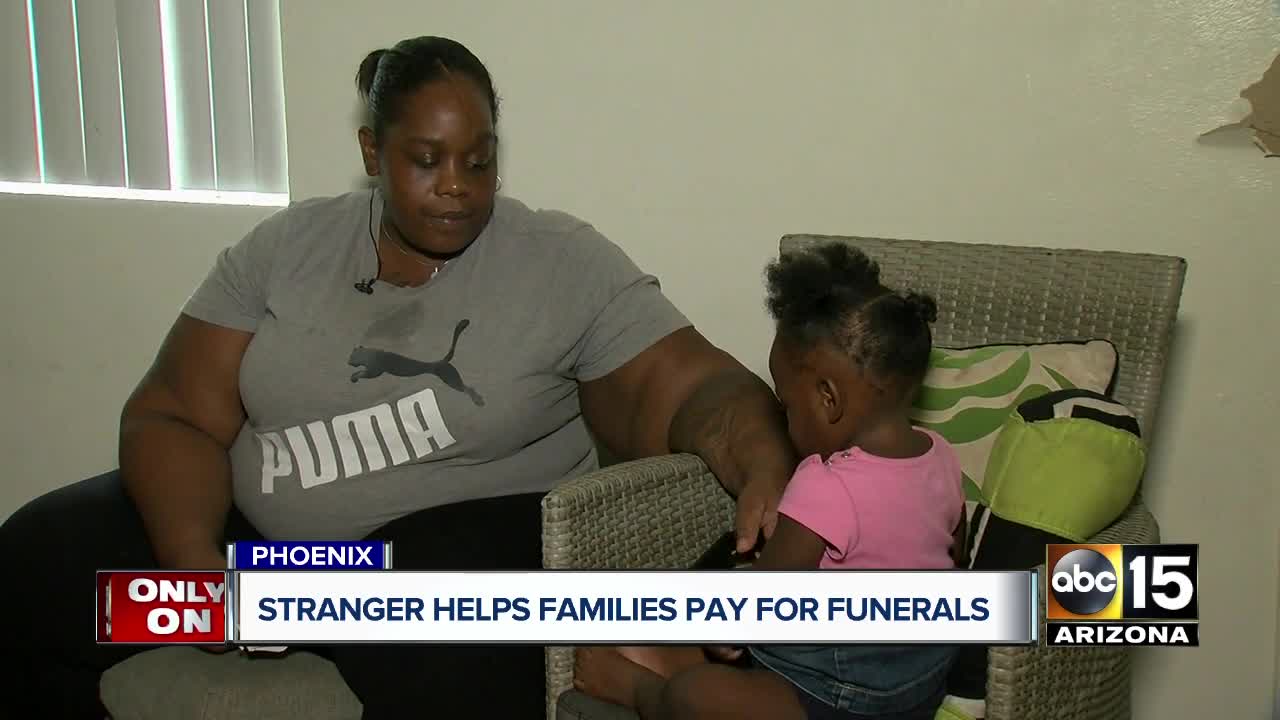 Eighteen-year-old Simone Lewis was crossing the street near 40th Street and McDowell Road on August 31st when she was hit by a truck. The impact killed her.

"I'm just empty inside," said Simone's mother, Janice Lewis. "She was still my baby, even though she was growing up."

Simone had a daughter of her own, an 18 month-old named Skye, who Lewis is now caring for.

"It's like she left me a gift," Lewis added. "But how am I gonna tell her when she's five that her mother died because someone was drinking?"

Phoenix police say the driver of the truck that killed Simone was impaired but didn't arrest him. Instead, officers issued him a citation for DUI. Lewis says detectives told her he was under the legal limit at the time of the crash. Police also said Simone wasn't using a crosswalk when she was hit.

Lewis is struggling financially, now responsible for two kids: her own 13-year-old and Simone's baby, and is without a job.

She thought she was helpless, worried if she'll even be able to make rent this month, until she got a call from Helen Williams.

"It's painful, heartbreaking to see that," said Williams over Facetime. "It's what I am, a giver of heart."

Williams runs a Facebook page called 'Final Dignity,' helping families across the country with hardships bury their loved ones. She started in 2006, and says she's helped thousands, and has never been unable to bury someone.

"If all I have to do is take some of my time, then why not," she said. "To be able to have the power to pick up the phone and make some calls, it's personal."

Williams gets grieving families in contact with government assistance in their area that sometimes helps pay for expenses after a crime. In Arizona, one such program is run by the Arizona Criminal Justice Commission.

"The program covers expenses of physical harm, mental distress, and economic loss directly resulting from victimization. Eligibility to receive benefits from the program does not require the apprehension or conviction of an offender," according to the commission's website

Right now, the commission is looking into whether or not the Lewis family is eligible for compensation, and if so, how much money to award.

The Lewis family though, needs to be able to come up with more than $3,000 to pay for Simone's body to be cremated.

"It makes me sick to my stomach," said Lewis. "She shouldn't be on a cold slab right now. I just want her to rest in peace."

The family has also started a GoFundMe. Those who wish to donate can do so here.