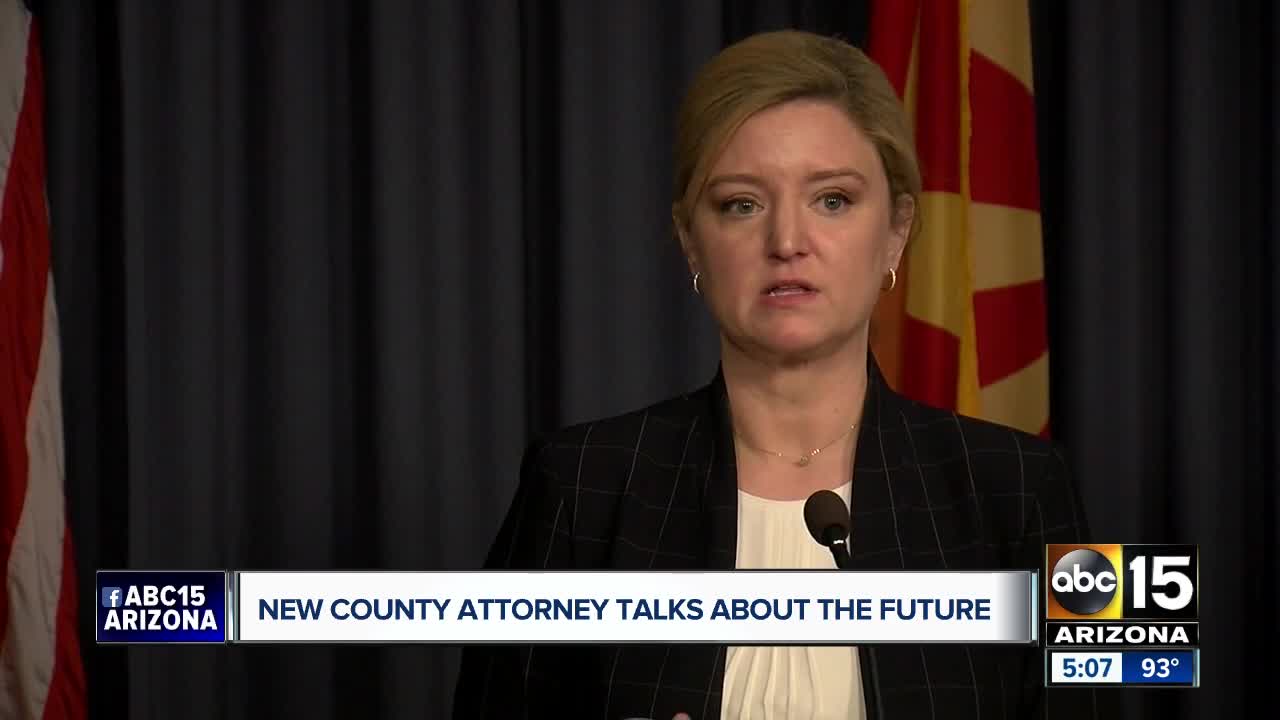 Adel was appointed to the office two weeks ago and replaced Bill Montgomery. One of her first moves will reduce the backlog of public records requests in her office.

"I want to bring in a lean process improvement team, so we can better organize those and turn those around faster," Adel said. "I'm committing to transparency, and I think that's something we can do relatively quickly in the first few months here."

Some agencies across the country have released police body-worn camera video publicly within days of officer-involved shootings. However, Adel's predecessor, Bill Montgomery, had forbidden agencies to release the videos. That left critical evidence in the dark, even when the community questioned an officer's use-of-force.

"We are evaluating the procedure and policy of the previous administration," Adel said. "We want to work collaboratively with law enforcement and also be able to honor the request to the media to get information in a timely manner."

The Maricopa County Attorney's Office also has a backlog of criminal investigations into officer-involved shootings.

A team of prosecutors reviews these cases to determine whether the officers' actions were lawful. However, the team has not made a decision yet on any shootings in 2019, and it is still wrapping up some 2018 case reviews.