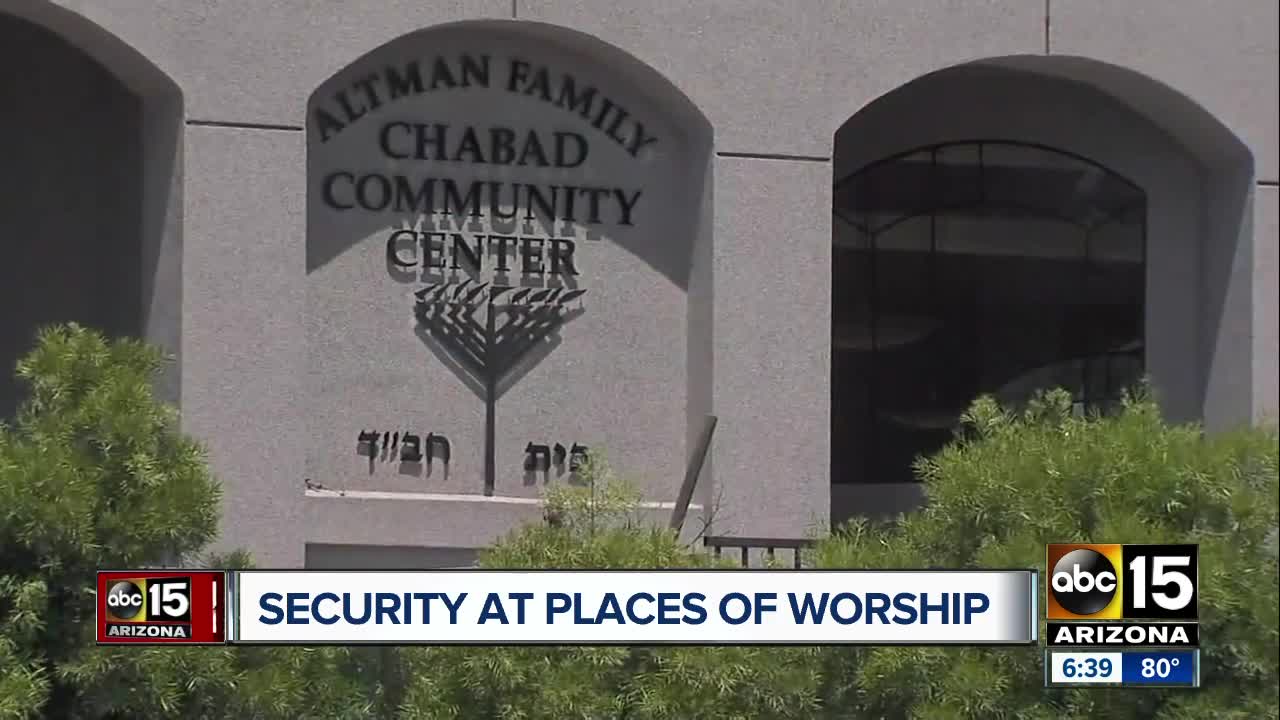 Recent attacks in Poway, California, Sri Lanka, New Zealand and Pittsburgh have those from many religions focusing on preparedness.

PHOENIX — Phoenix police kept an extra eye on places of worship over the weekend after a shooting at a California synagogue Saturday killed one person and injured two others.

The attack also has members of religious communities in Arizona and around the country reflecting on the changes they've been forced to make in recent months.

"It's less about worry, and it's more about preparedness," Marty Haberer, President of the Jewish Federation of Greater Phoenix, said.

Haberer says after the October 2018 shooting at the Tree of Life synagogue in Pittsburgh, the group put together a community emergency preparedness committee.

"You go through periods where you don't have a lot of issues, you get a little bit lax," Haberer said. "But I can assure you that's no longer the case at all."

"The minute you change the way you live your life, the terrorists win," he said.

Homeland Security says places of worship can work with local law enforcement to identify areas of vulnerability and apply for grants to receive proper tools, like security cameras.