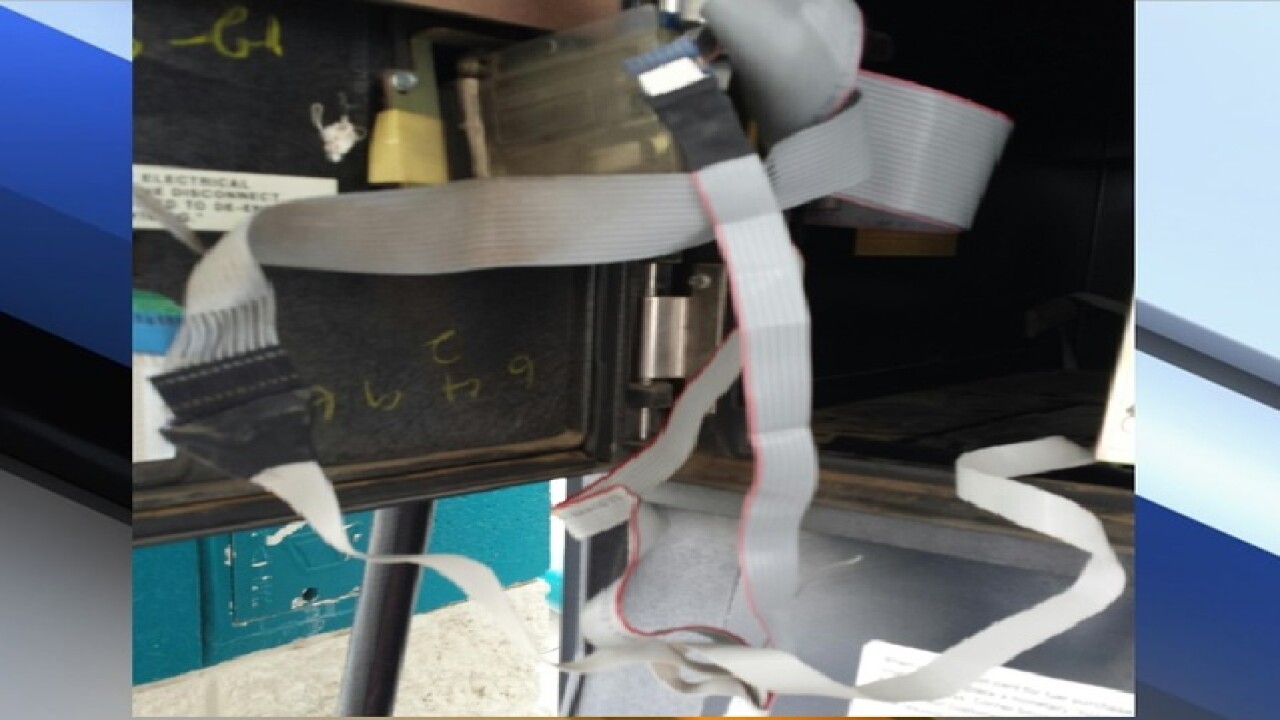 Authorities are warning Arizonans about a rash of credit card skimmers plaguing the state.

So far in 2016, a total of 59 skimmers have been reported, according to the Arizona Department of Agriculture.

The Department of Agriculture provided intersections where skimmers were located, however did not name the stations where they were found, so be sure to check your statements.

Mike Killian, the dcirector of the state department, said they were very concerned about this increase in criminal activity.

"We have criminal gangs coming into Arizona who are implanting into our gas pumps skimmers that steal credit card numbers," said Killian.

He advised drivers to talk to attendants at gas stations, and find out how often they check the pumps for skimming devices.

He also advised never using a debit card at the pumps.

"The best way to pay is cash or a use a credit card with a very, very low limit," said Killian.

State officials said this organized gang of thieves was skilled in technology.

It took them seven seconds to get inside a pump. Most had master keys to pumps. These keys were available in the underground market and on the "dark web" and gave them access to gas station pumps for a particular company throughout the nation.

Many gas stations are fighting back by installing extra layers of security to protect themselves.

Some added padlocks to the pumps. At a Sam's Club, spokeswoman Delia Garcia said they had security seals on all their pumps. If those seals were broken, it was a sign that someone had tried to get into a pump.

"There's also video surveillance that monitors all our gas station bays, and even if someone were able to breach this mechanism they're not going to be able to actually breach the actual equipment to attach skimmers to it," Garcia said. "If they did, our pumps would be inoperable."

Killian warned drivers that older pumps were usually the ones thieves preferred to target, as they were easier to break into.

Security expert Shaun Murphy advised people to look for well-lit gas stations, and pumps closer to the convenience store doors, ones within direct eyesight of the attendants.

The thieves preferred to hit up pumps in shadowy areas, that were not as visible, said Murphy.

See where skimmers were discovered in the map below: