Man isn't cooperating with police investigation after being shot in Phoenix 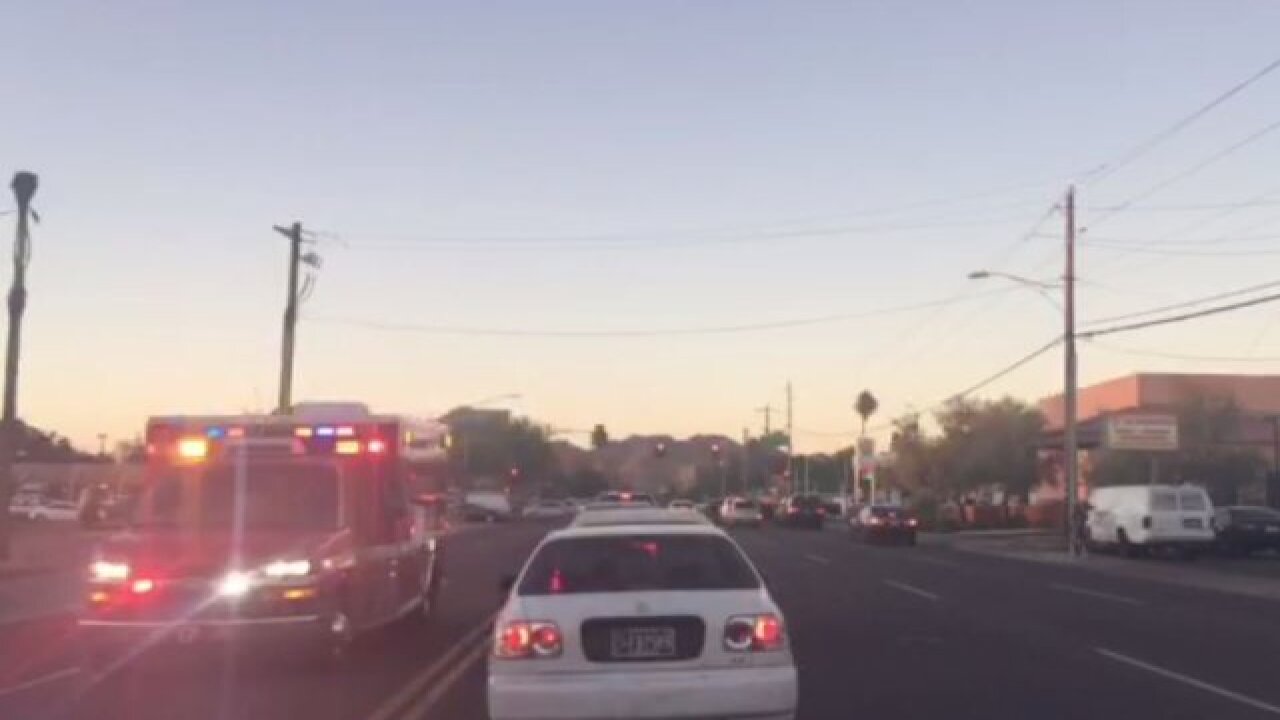 A man is hospitalized with life-threatening injuries after being shot in Phoenix.

Police were called to 29th Street and Indian School Road after receiving reports about the shooting. Officials said they received about 10 calls connected to the shooting.

When officers arrived, they discovered one man had been shot and needed to be transported to a local trauma center.

It's believed that three people were meeting to exchange drugs, when a man shot another person.

According to a police spokesperson, the victim isn't cooperating with the police investigation and isn't providing any information about the shooting.

#breaking police trying to sort of details of suspect description. Apartment complex is "not secure" according to PD Search underway. @abc15 pic.twitter.com/syaOG8F1p2

Police say there was a variety of suspect descriptions given but one person who matches the description of a person involved in the shooting was taken into custody. Police do not know if he is the actual shooter; the man did not have a gun on him at the time.

An investigation is ongoing and no additional information has been released.