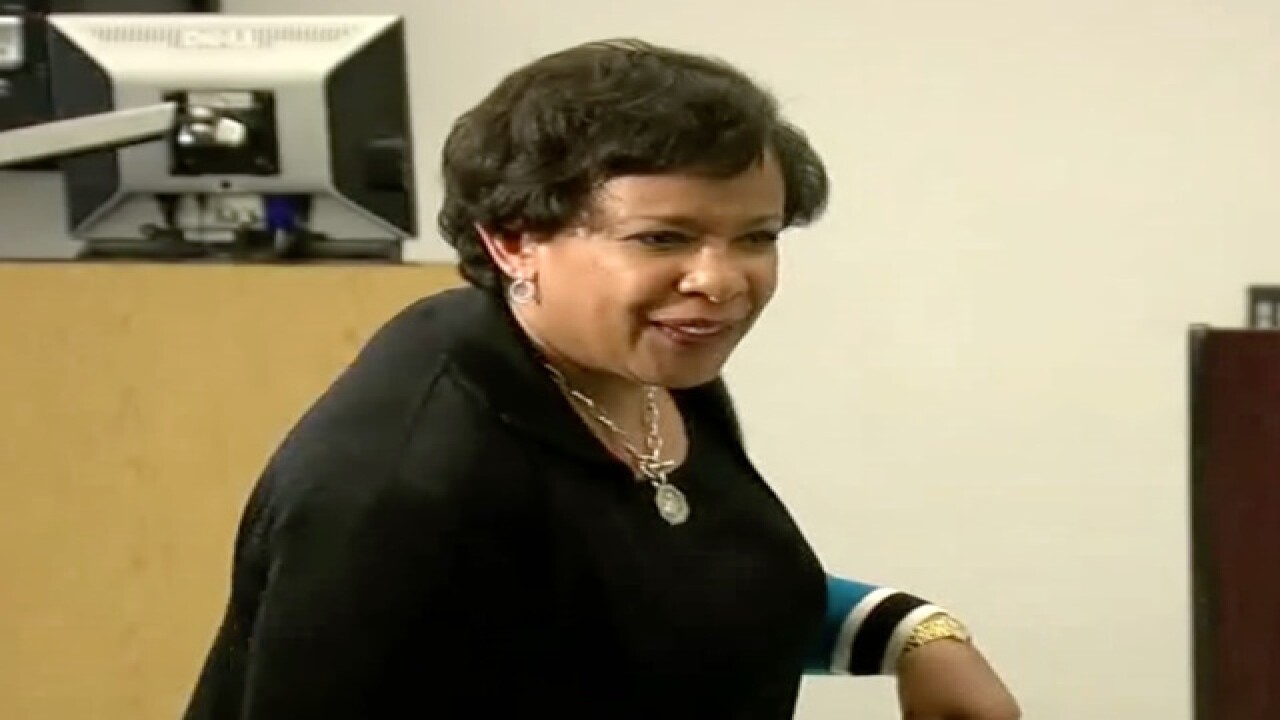 The private meeting happened in Phoenix on the evening of June 27, 2016, a matter of hours before the Obama Department of Justice decision on whether then-presidential candidate Hillary Clinton had revealed classified information when using a private email account while secretary of state.

ABC15's Christopher Sign broke the story of the tarmac meeting two days later, prompting a chain of events that would include an unprecedented news conference by then-FBI Director James Comey.

Documents reveal Department of Justice staffers were given a ‘heads-up’ that ABC15 had learned about the meeting, and assisted the Attorney General on how to address any potential questions from reporters.

Large portions of the hundreds of emails have been redacted, but what remains gives rare insight into the crisis-mode reaction by the DOJ. At least ten high-level staffers were involved in an e-mail chain discussing how to handle the situation, crafting talking points for the Attorney General.

The flurry of emails were among the 413 pages of documents released by the Justice Department after a lawsuit from conservative Judicial Watch and the American Center for Law and Justice (ACLJ). Black squares cover the "talking points" prepared for Lynch. Judicial Watch and the ACLJ have indicated they'll continue working to uncover exactly what those talking points were, and whether more documents exist.

Lynch had arrived in Phoenix for a scheduled tour and photo opportunity with the Phoenix Police Department over community policing. While the tour and photo op started on time, the news conference that followed started nearly an hour late for reasons that at the time were not explained. It would now appear likely the delay was to give DOJ staff time to go over talking points with Lynch prior to facing the press.

The documents reveal how staffers watched the AG's statements closely. Within minutes after, ABC15's Katie Conner asked about the meeting, a staffer wrote, "The question was just asked at the press avail. Local reporter noted that 'sources say' that the AG met with former President Bill Clinton last night and asked whether Benghazi was discussed. The AG stuck to the talking points."

Lynch maintains she and former President Clinton discussed grandchildren, travel and golf. It is unknown if those topics were included in the prepared talking points referenced in the emails. There is no evidence anyone connected with the Clinton campaign was consulted in preparing Lynch's response.

Former President Clinton was in Phoenix to appear at a private fundraising event at the home of former state Democratic Party chairman Jim Pederson. ABC15 was unable to find evidence that Clinton had played golf during his summer visit to Arizona. At the time, requests for comment from Pederson were declined.

In another email, DOJ staff members were asked by the FBI for guidance or comment after ABC15's Christopher Sign reported that those near the planes where the meeting occurred were instructed to not take any photos.

In the hours before Lynch's news conference in Phoenix, ABC15 contacted a network producer at ABC News in an attempt to confirm the original tip. An e-mail sent from that producer to two members of the Office of Public Affairs seeking confirmation appears on the first page of the document release. Three minutes later, a reply was sent that reads, "what's your number?"

Friday, July 1st
Lynch says she would accept the recommendation from career prosecutors at the FBI over Clinton's use of a private e-mail server.