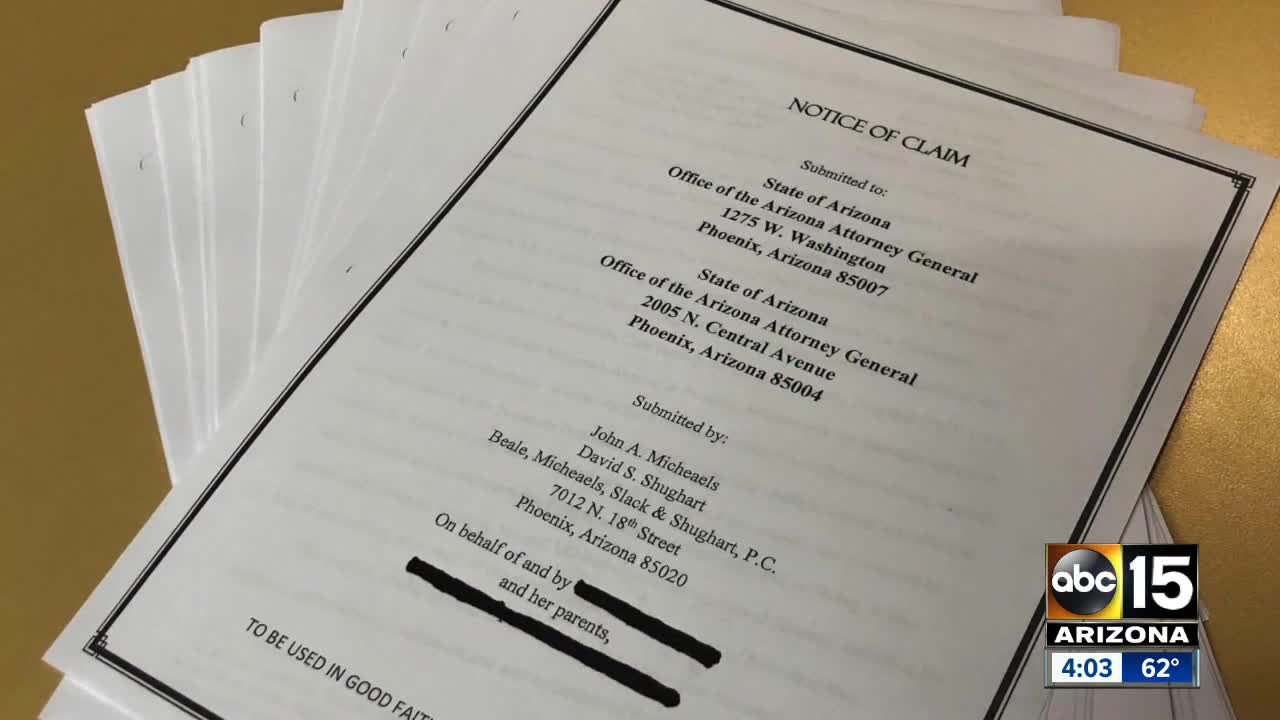 PHOENIX — Lawyers for an incapacitated woman who was raped and later gave birth at a Phoenix long-term care facility have filed a lawsuit, saying she may have been sexually assaulted before.

A former licensed practical nurse at Hacienda Healthcare has been charged with sexually assaulting the adult woman, who has been in long-term care since age three after suffering a near-drowning.

She gave birth to a boy at the facility on Dec. 29, 2018. Employees said they had no idea she was pregnant.

The notice of claim filed in May seeks a $25 million settlement for the victim and $10 million for each of her parents, though the lawsuit filed did not give an exact dollar amount.

According to medical records cited in the claim, the woman was "violently and repeatedly raped" while living at Hacienda and a doctor who examined her on the day she gave birth noted that she could have been pregnant before.

The lawsuit cites Hacienda records that show the suspect, Nathan Sutherland, was repeatedly left alone responsible for the victim's care over several years. Her medical records show she is specifically not supposed to be left in the care of a male medical worker without a female also present.

Investigators say Sutherland's DNA matched a sample from the woman's newborn boy, who is being cared for by her family.

Sutherland, 37, has pleaded not guilty to charges of sexual abuse and abuse of a vulnerable adult.