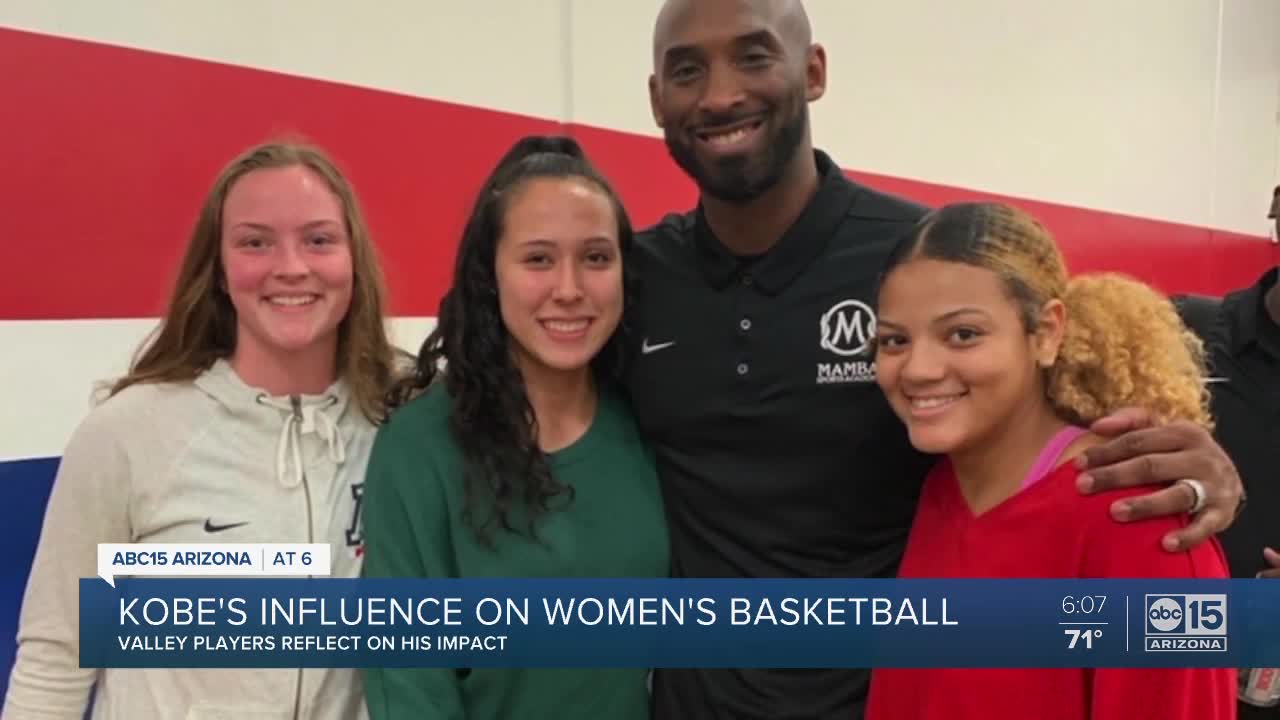 For many female basketball players in the Valley, Kobe Bryant helped draw attention to women's basketball at all levels. 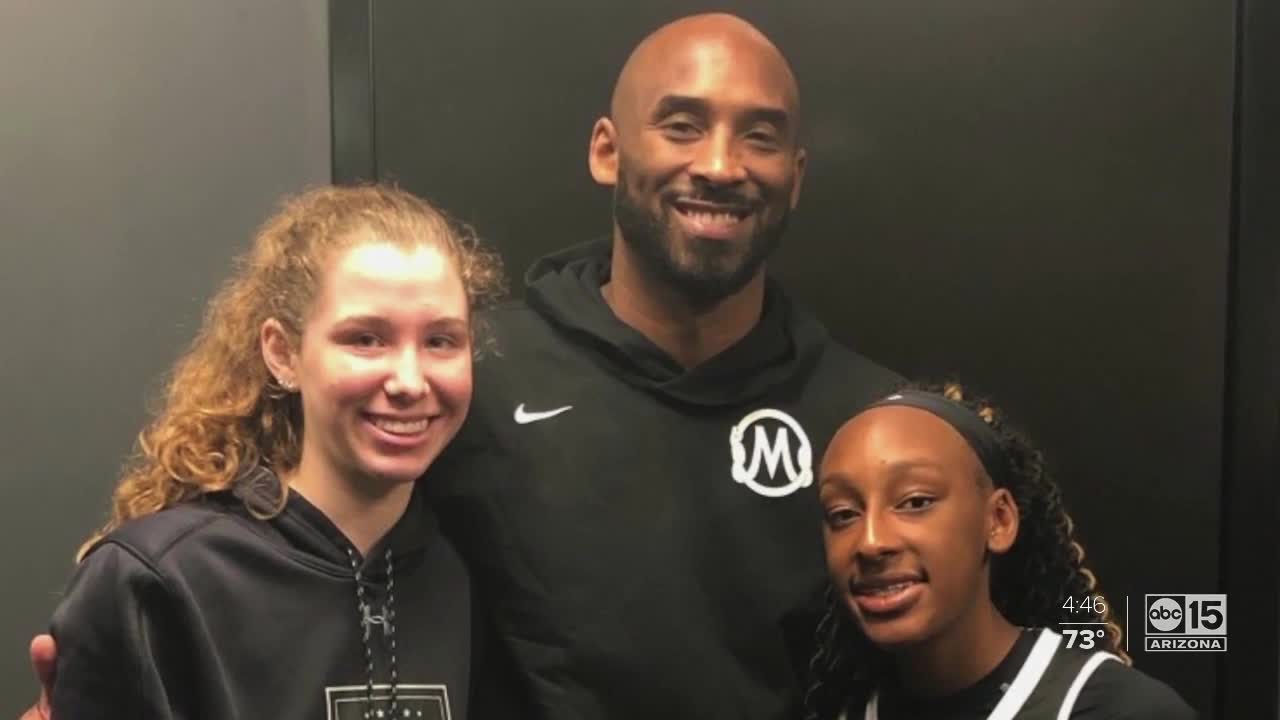 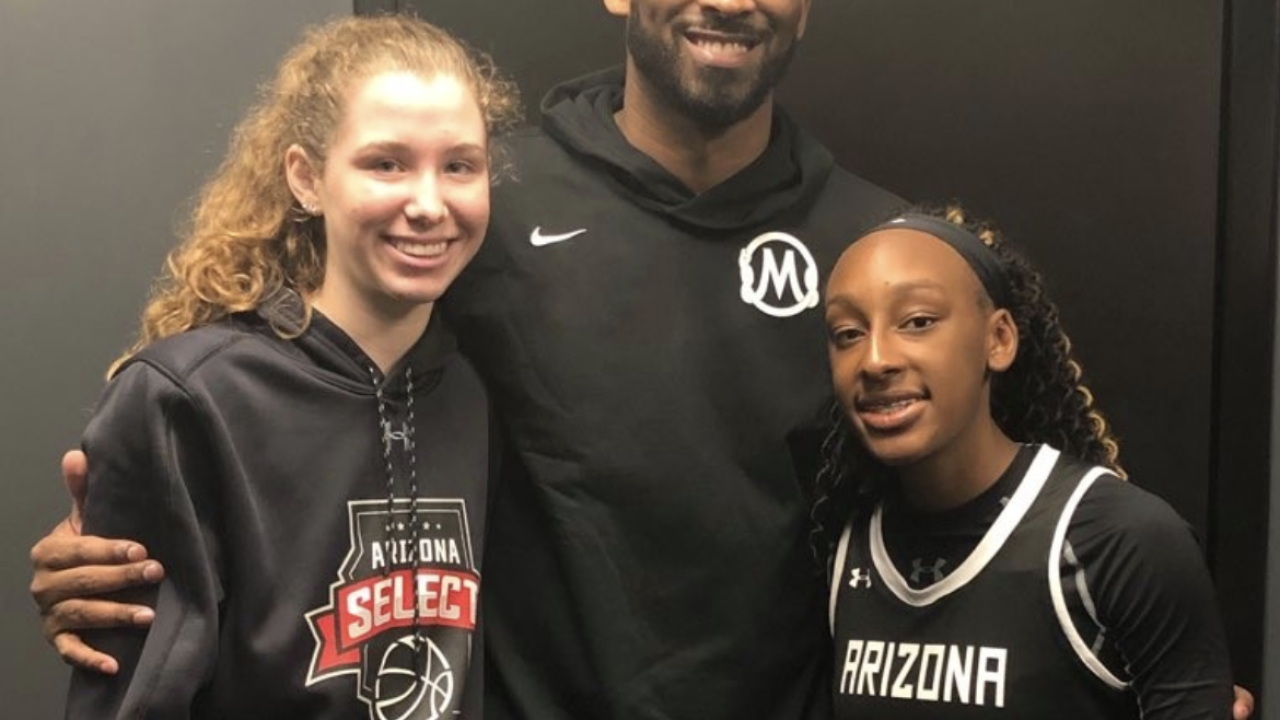 PHOENIX — For many female basketball players in the Valley, Kobe Bryant helped draw attention to women's basketball at all levels.

"Mamba mentality" was more than just a saying, it was the driving force behind Bryant's mission to inspire players to grow and improve, especially in women's basketball.

The basketball legend was one of nine people killed in a helicopter crash in southern California on Sunday. His 13-year-old daughter, Gianna, was also on board and did not survive. The crash happened in Calabasas while en route to a youth basketball tournament at his Thousand Oaks, California training facility, Mamba Sports Academy.

Alivia and Ava Pautz are two of millions of young basketball players who've been influenced by Kobe.

"I would watch his highlights, I'd try to get his moves down. My favorite now is the fade away," said Alivia Pautz, a junior at Notre Dame Prep. She wears number 24 on her basketball team.

"I've never met him, I've never talked to him but just watching him play, as a player and off the court...it's insane," said Alivia Pautz.

Her younger sister Ava had a chance to meet Kobe and play against his daughter Gigi when they were in Phoenix in May. Her team, AZ Rebels Basketball Club, played against Kobe's Mamba Basketball Academy at The PHHacility in Phoenix.

"It was really cool. I'll definitely remember it for the rest of my life," said Ava Pautz. "I gave him the biggest smile ever, and he smiled back at me. I will remember that forever, I still have the picture in my mind."

After his 20-year NBA career with the Los Angeles Lakers, Kobe began to coach Gianna's middle school basketball team. His support of women's basketball extended to the college level, and he was outspoken supporter of the WNBA.

"He went out of his way to make sure his daughter was learning. He brought so much attention," said Jess Finney, a junior and player on Arizona Select Basketball. "I think everyone's just super thankful for that because not many people do that from the men's side."

Finney and her teammate Tatyanna Clayburne both got to meet Kobe and watch Gigi play. "I couldn't stop smiling for the rest of the day," said Clayburne.

She met Kobe while working a game at Inspire Courts in Gilbert. Clayburne says even at 13 years old, Gigi was also shaping the game.

"Watching her play was just amazing.I know she wanted to continue her dad's legacy, and it's heartbreaking that she's not able to anymore," she said.

Kobe was a role model for future generations and inspiration for many. For these many young women, his death has pushed them to work even harder.

"I just want to take this on a positive way, to be like him. I know he's not on this earth but his legend will live on," said Alivia Pautz. "I need to be the gym every day, I need to be working hard at school, I need to be there for my family. I better be saying 'I love you' to my brother and sister and mom and dad."