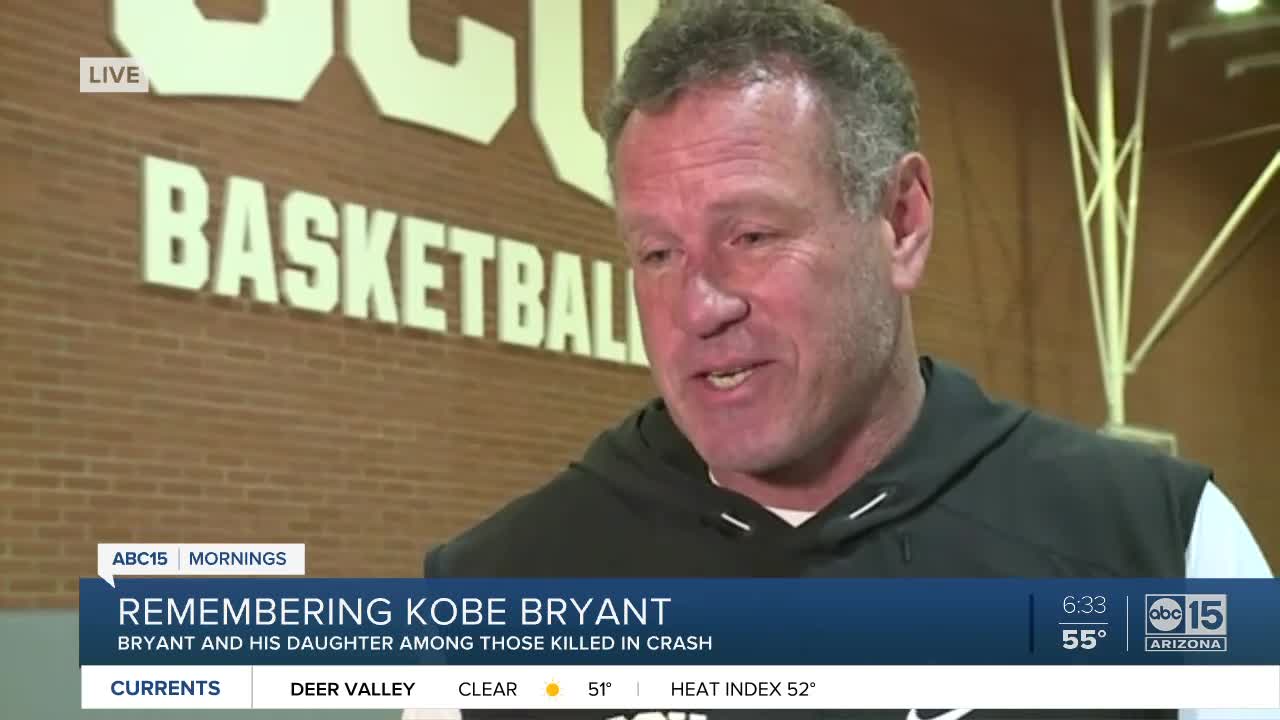 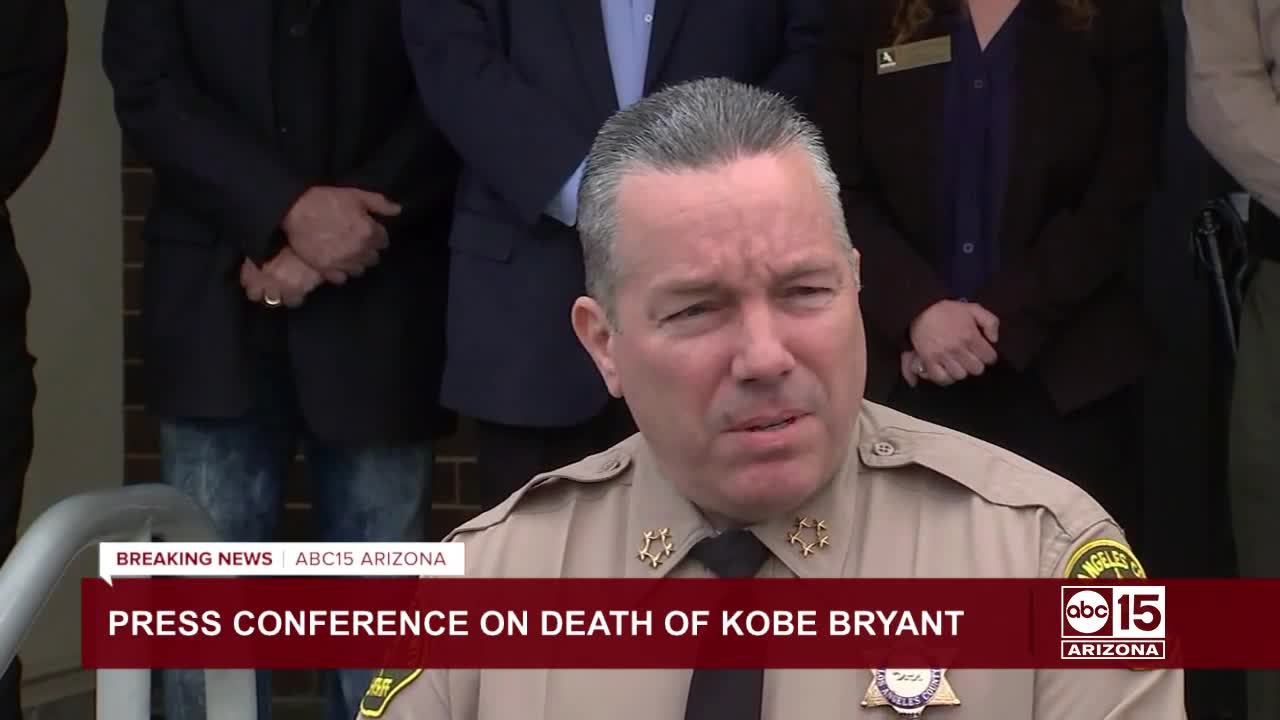 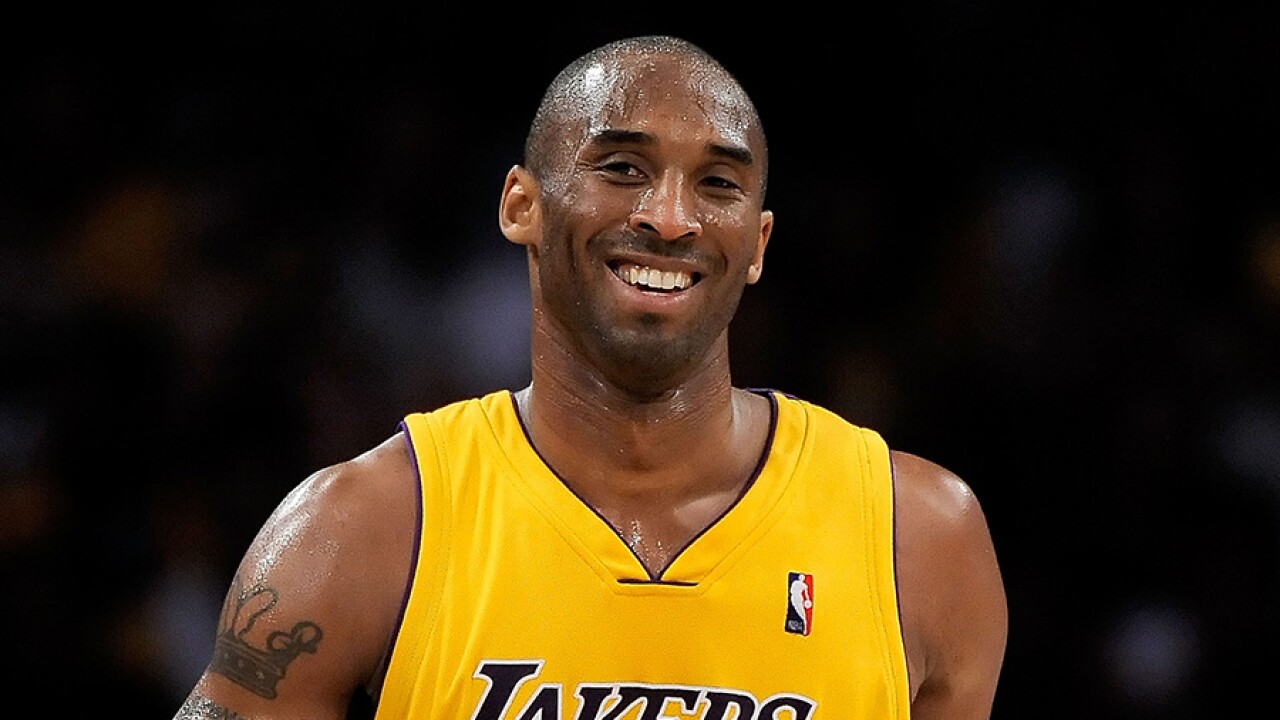 CALABASAS, Calif. – Kobe Bryant was one of nine people killed in a helicopter crash in southern California on Sunday. His 13-year-old daughter, Gianna, was also on board and did not survive, according to reports.

The two were on board the aircraft when it went down in Calabasas around 10 a.m. PST. Vanessa Bryant, Kobe’s wife, was not aboard.

The Los Angeles County Sheriff’s Office says there were no survivors in the crash on a hillside near the intersection of Las Virgenes Road and Willow Glen Street.

RELATED: Other aircraft grounded due to extreme fog at time of deadly helicopter crash

A Southern California community college baseball coach, his wife and daughter were among those killed in the crash as well, according to the Associated Press.

John Altobelli's brother, Tony, is the sports information director at the school. He said his 56-year-old brother died along with his wife, Keri, and daughter, Alyssa, who was about 13 and played on the same basketball team as Bryant's daughter, Gianna.

Four other people killed in the crash have not yet been identified.

TMZ and CNN are reporting that the group were en route to the Mamba Academy in nearby Thousand Oaks for a basketball game when the crash occurred. Bryant had been coaching his daughter's middle school basketball team after retiring from basketball in 2016.

PHOTOS: Kobe Bryant Vs. Phoenix Suns over the years

My heart is broken for Kobe and his family. I’ll never forget the battles but what I really admired was the father he was to his girls. Rest In Peace old friend with your angel Gianna 💔

Before his passing, Bryant tweeted on Saturday, congratulating Lebron James on passing him as the third all-time scorer in the NBA.

Continuing to move the game forward @KingJames. Much respect my brother 💪🏾 #33644

This story is breaking and will be updated as more information becomes available.