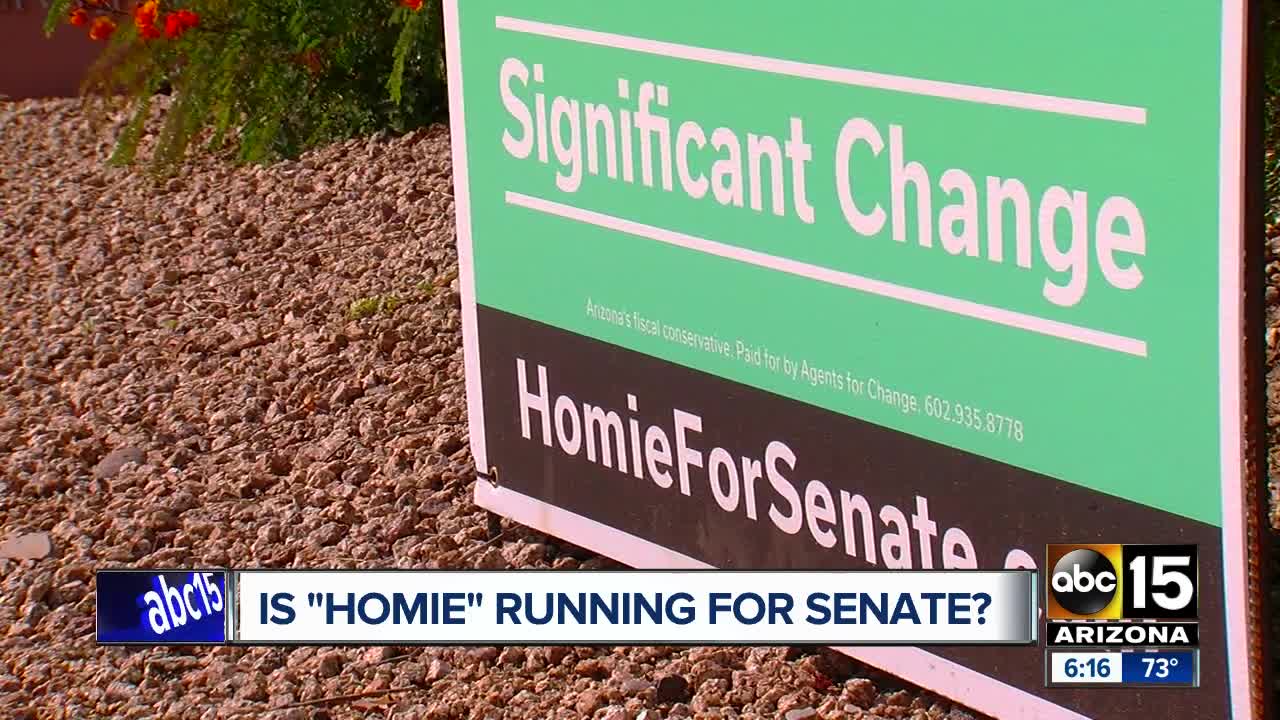 A Utah-based real estate company is behind a string of teal road signs going up alongside political signs that urge people to "Vote for Homie." 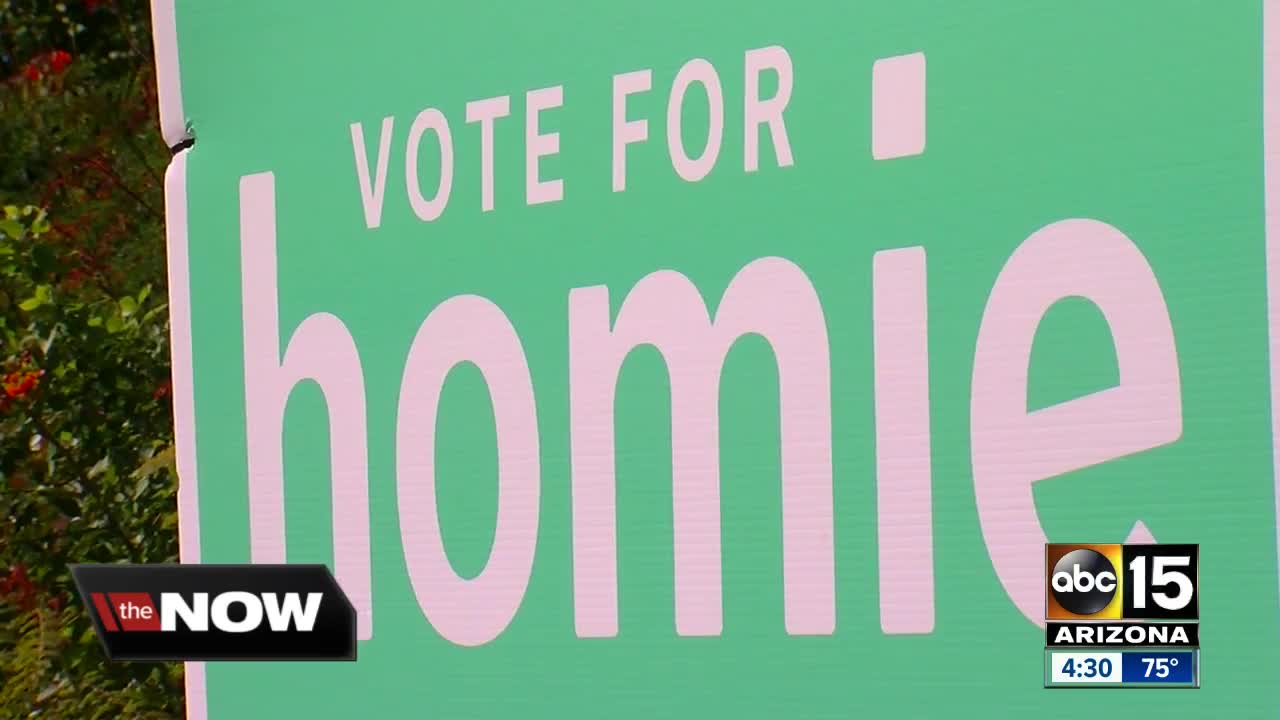 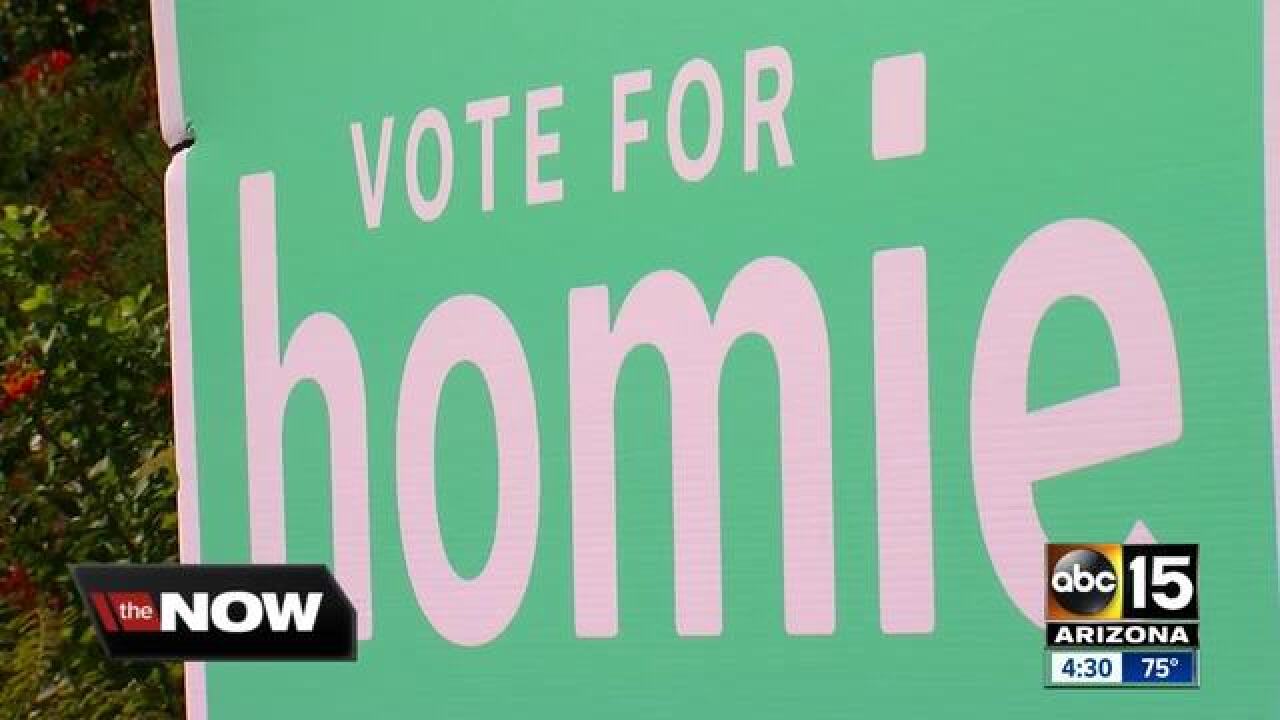 A Utah-based real estate company is behind a string of teal road signs going up alongside political signs that urge people to "Vote for Homie."

"We call each other 'homie' but there is not an individual named 'homie'," said Johnny Hanna, CEO of -- you guessed it -- Homie.

"Any political race in today's era is pretty divisive, so we wanted to make sure to make it fun and add a little levity to the whole situation," he told ABC15, discussing how the marketing idea came together.

The web address printed on the signs, HomieForSenate.com, directs visitors to a page about the Homie service. The "significant change" in this case is what the company says its customers can save.

Public relations consultant Jason Rose says "it was a bit of a flashback" seeing the signs. In 2011, he worked with Stingray Sushi to craft a similar advertising campaign.

At the time, Rose said his firm had to create a political action committee to fall within the guidelines of the law. Now, thanks to a recent Supreme Court ruling, businesses are allowed to put up signs wherever politicians or political causes can during election season. Specific regulations can vary city by city, and the signs can only stay up during a specific window of time, typically around 75 days.

"I would expect that you will see more of this in the future," Rose said, adding the significant cost businesses can save over traditional advertising.