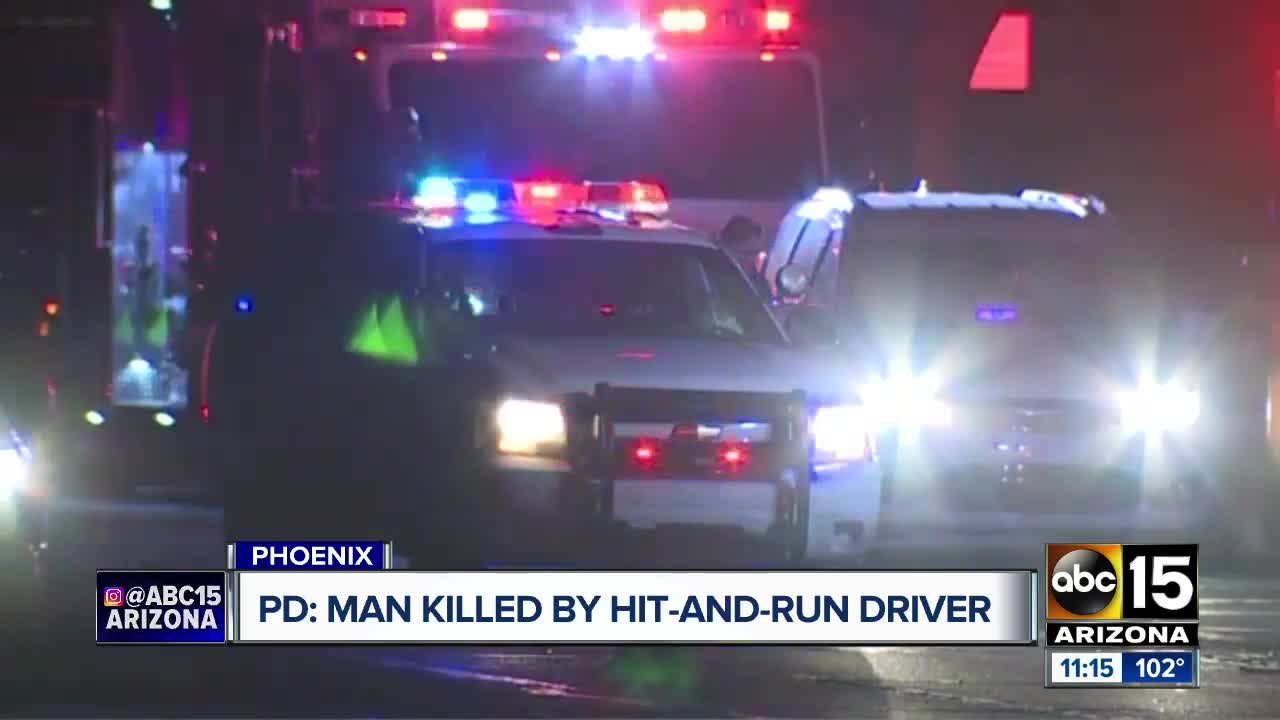 A pedestrian was hit and killed in Phoenix bit a hit-and-run driver early Thursday. Head to abc15.com for the latest on this investigation. 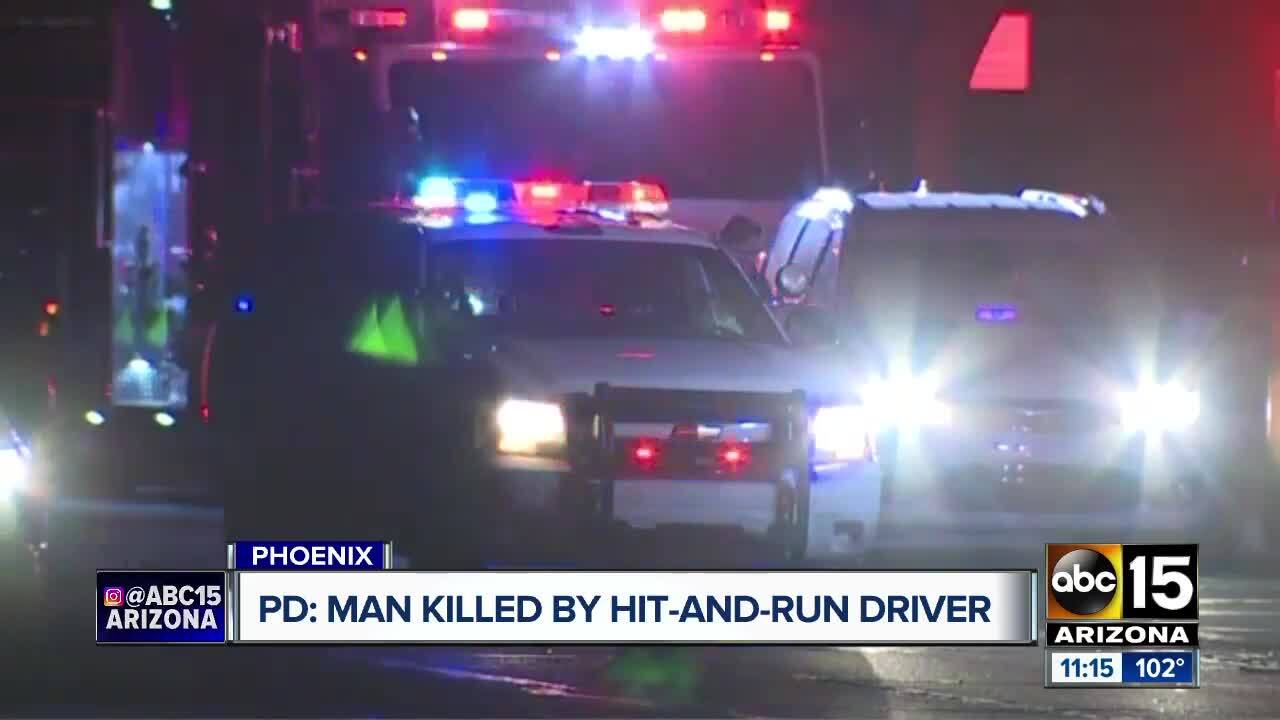 PHOENIX — A hit-and-run driver is on the loose after hitting and killing a pedestrian in Phoenix Thursday morning.

The pedestrian, 19-year-old Jordan Maxie, was in the roadway in the area when he was hit by an unknown vehicle that failed to stop. Maxie was taken to the hospital but was later pronounced dead.

Anyone with information concerning this incident is encouraged to contact the Phoenix Police Department at 602-262-6151 or Silent Witness at 480-WITNESS.