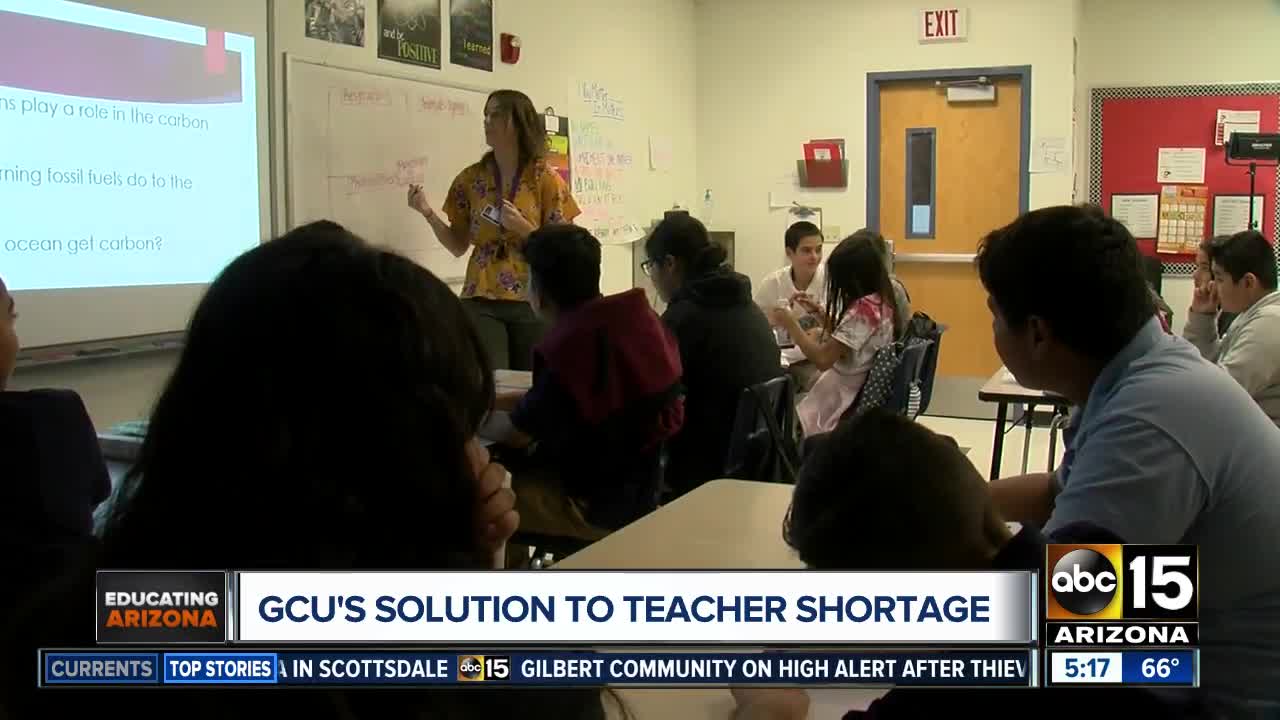 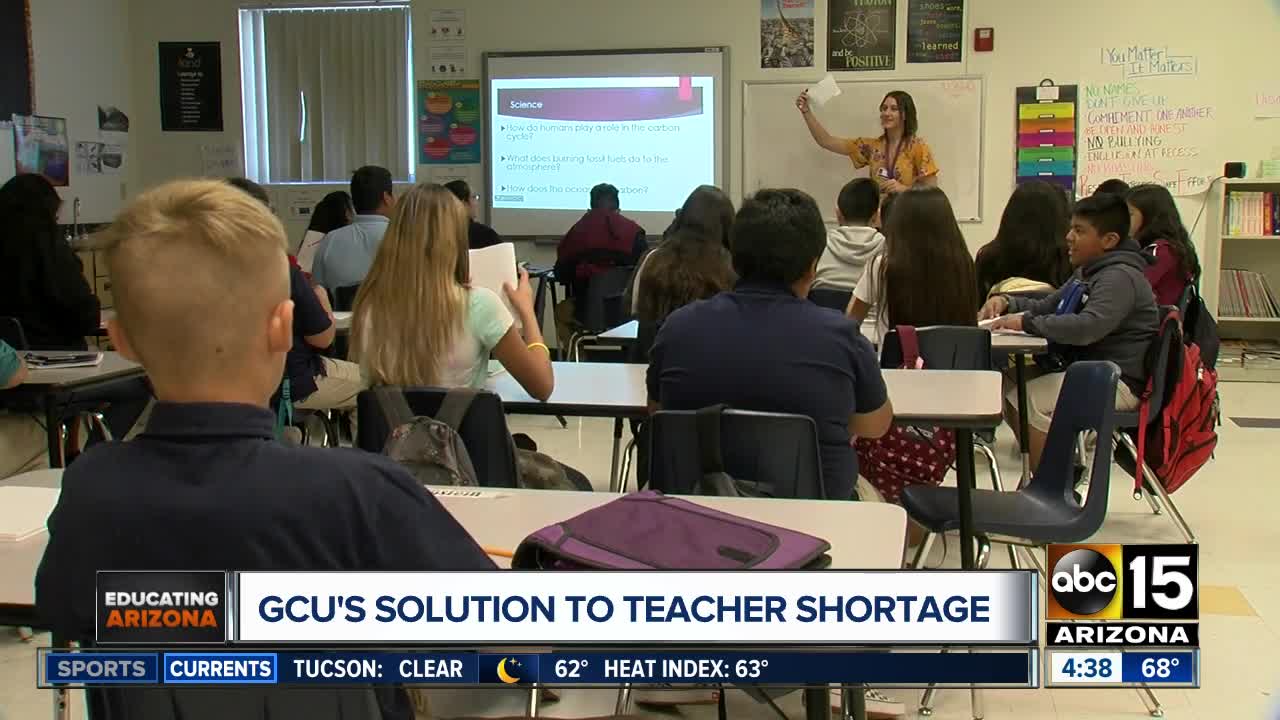 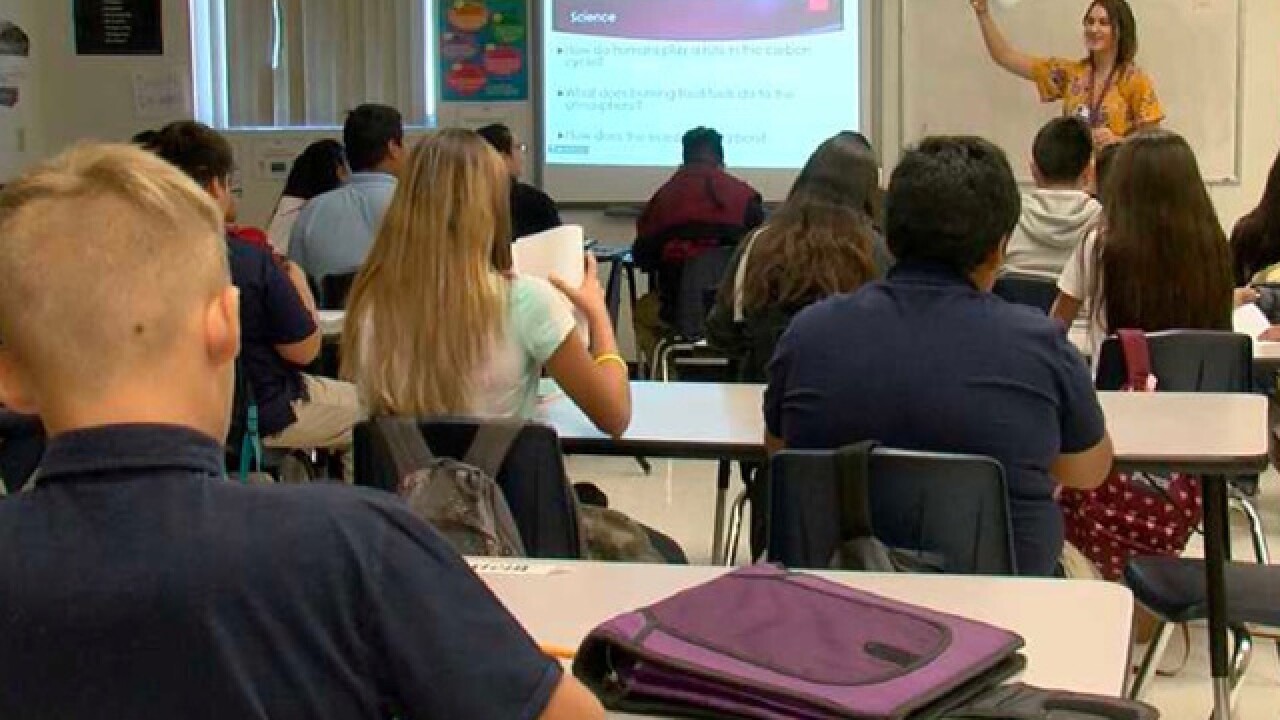 From the classroom to the State Capitol, the entire state paid attention to this lesson plan brought to us by educators back in May.

They have been highlighting education issues with the RedforEd movement , including discussing how difficult it is to fill the thousands of jobs in public schools.

But, a solution may be coming from an older batch of students at Grand Canyon University with a program that allows college students to finish their diploma while filling teacher vacancies at the same time.

"We cannot produce enough teachers and get them into the classrooms fast enough," said GCU's Dean for the College of Education Kimberly LaPrade.

The program started in 2015 and that was years before the April and May walk-outs.

"We were in as much of a crisis then as we are today," LaPrade explained. "That has not changed."

So, GCU worked closely with the Arizona Board of Education to create a "Student Teaching Intern Certificate."

"They've had over 100 hours of observation. They've been in the classrooms... they've had all the coursework," LaPrade said. "So, they're just at the very last semester of a four-year Bachelor's degree."

With a strong GPA, an interview process, and special guidance from an expert educator, a GCU student can become a fully contracted and fully paid teacher in Arizona while finishing their last semester of college.

It also is more likely then that a graduate will choose to stay in state after officially graduating.

Allie Biedermann is one of those students who took on the role of a teacher with the GCU program. She now teaches a 7th-grade science class at Mountain View Elementary School in the Washington Elementary School District.

"I'm balancing school still," Biedermann, known as "Ms. B" to her students, said. "I still have an online course and we have discussions and then I also have a full-time job."

She credits her success in all of her classrooms to the mentors given to her through the program, including her principal boss, who gives her an A+ grade.

"She's making a difference with our kids and our school will grow because of Allie and others like Allie," said Principal Jill Sarraino.

"I truly believe that education transforms nations," Biedermann said. "I've seen it abroad. I've seen it here and so just being apart of that so soon is something that I do not take lightly."