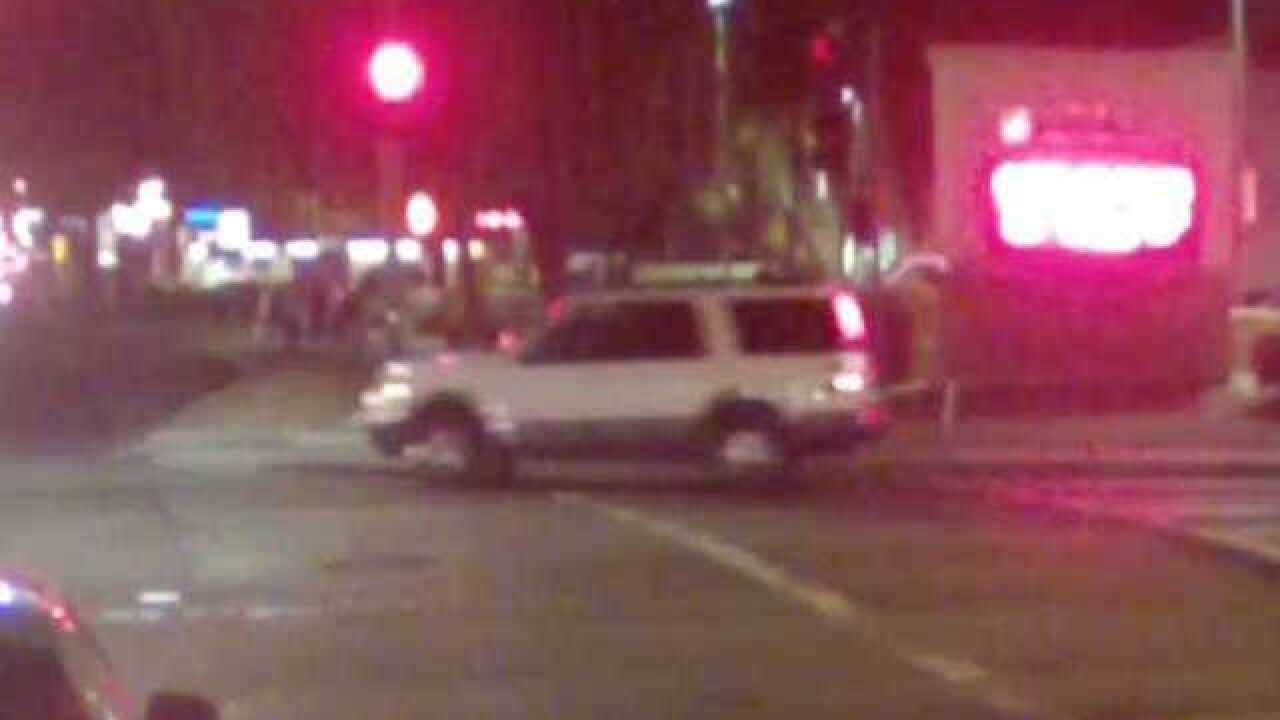 Copyright 2018 Scripps Media, Inc. All rights reserved. This material may not be published, broadcast, rewritten, or redistributed.
PHX PD

Phoenix police have released surveillance pictures and video of the car reportedly involved in a hit-and-run crash that killed a 21-year-old student from Grand Canyon University on Sunday.

The crash happened near 31st Avenue and Camelback Road just before 8:30 p.m.

According to police, Taylor White was jogging with a 17-year-old boy and entered the crosswalk on a green signal. At that time, witnesses say a white-colored SUV heading westbound ran a red light and struck White.

White was pronounced dead at the scene.

On Wednesday, police released surveillance video from a city bus that shows the suspect's vehicle immediately after the crash.

Police believe the vehicle is a white 2007-2010 Ford Expedition with damage to the windshield and is also missing a passenger side mirror.

White's fiancee told ABC15 she has many great memories, as the two first began dating back in 2016.

Tedeschi, along with White's brother and best friend, sat down with ABC15 on Wednesday. They hope the new video released by Phoenix police helps bring them closure.

"We're not out to get [them], whoever it was," said brother Jordan White. "Just let [them] know it'd just be nice."

In pictures with the GCU student, White and his loved ones are often smiling. They say he was one of the funniest people they know and brought joy to everyone he met.

"Taylor would hate to see us like this," said an emotional Andrew Schwab, who was jogging with his best friend when the hit-and-run happened. "Taylor would be upset at us for crying. We're just going to follow his example, and we're going to live our lives to the fullest."

If you have any information on this crime, you're asked to call Silent Witness at 480-WITNESS, you can remain anonymous. You may receive an award up to $5,000.