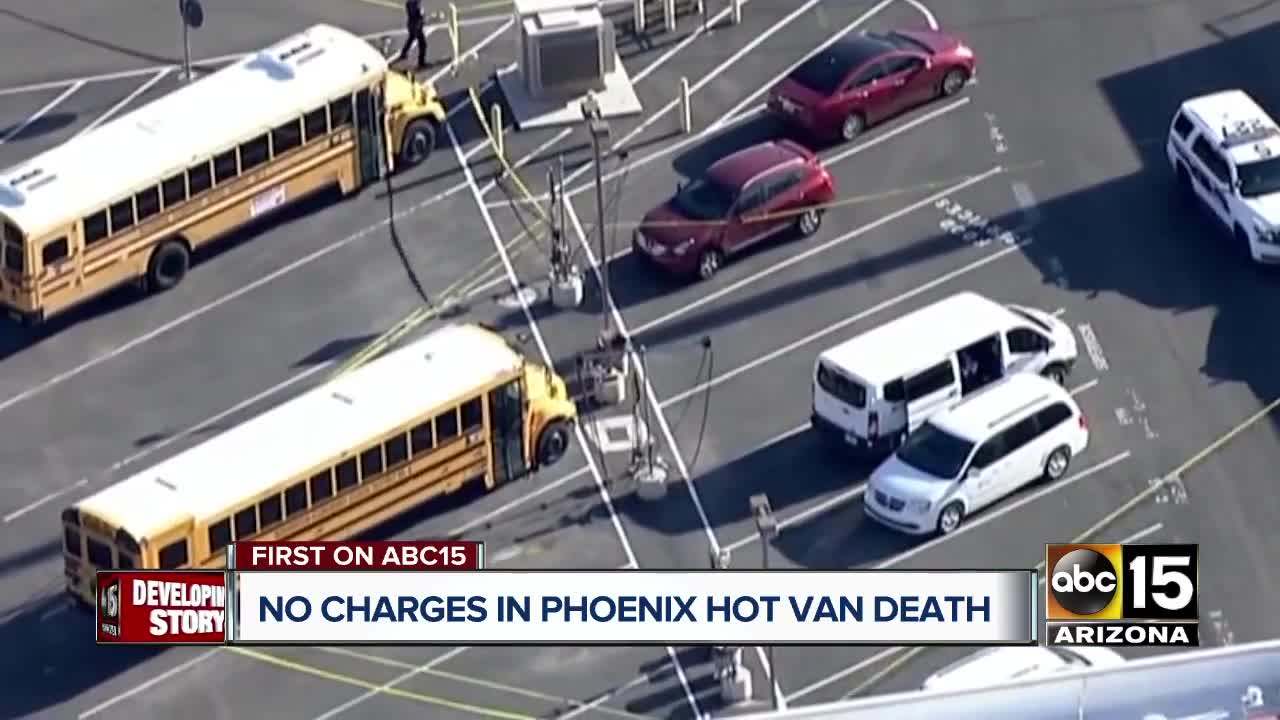 Detectives say Ham forgot the baby in the backseat of his van before heading into work at the Washington Elementary School District Service Center. 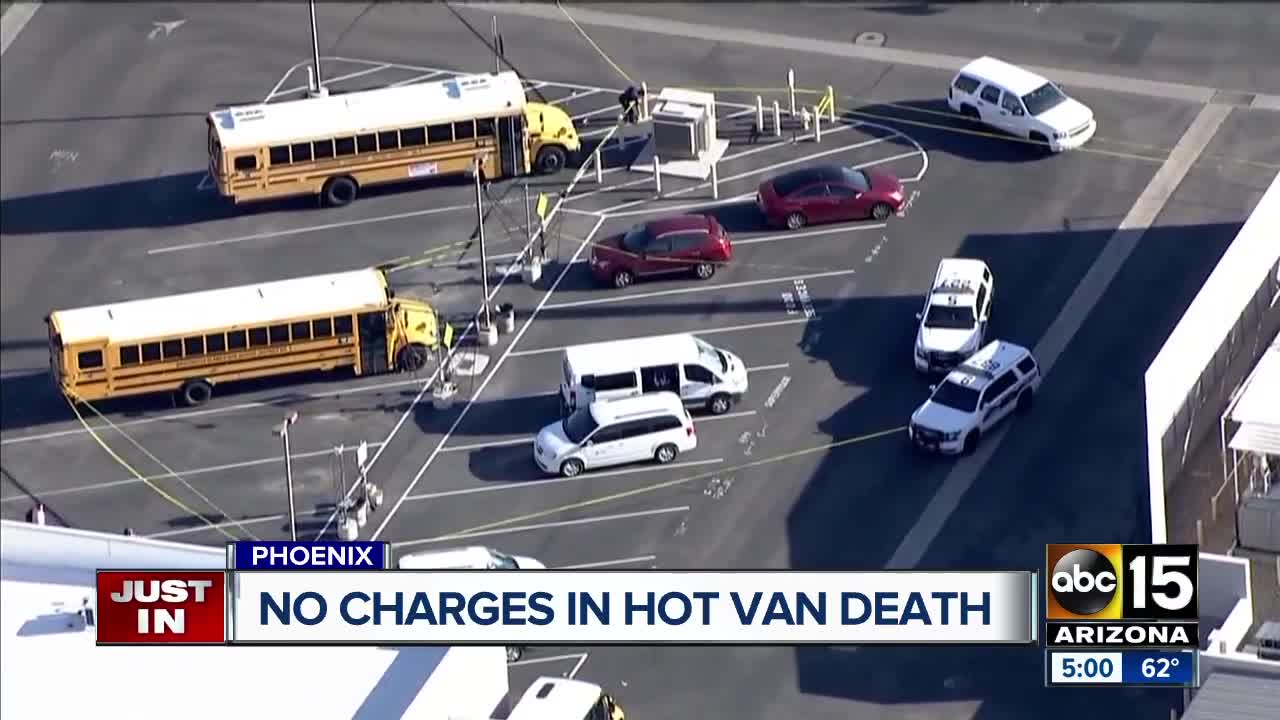 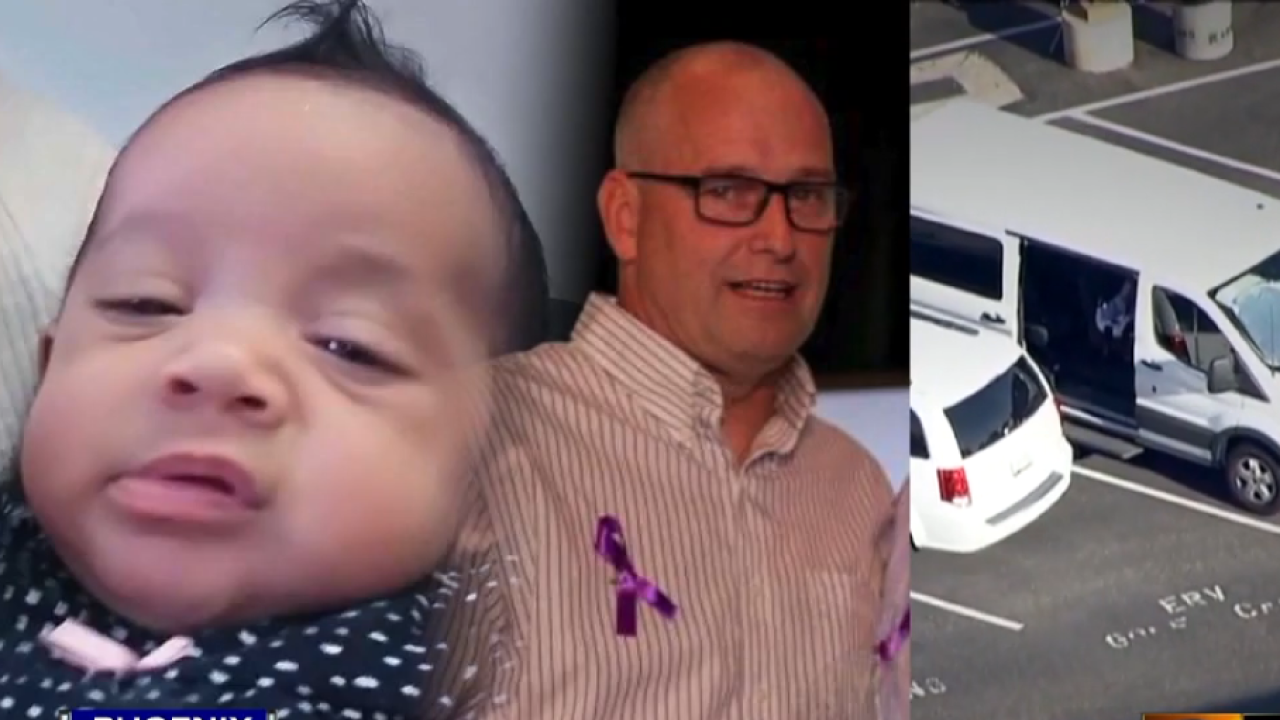 PHOENIX, AZ — The Maricopa County Attorney has decided not to charge a foster father with negligent homicide after the death of his four-month-old foster child.

The decision was supposed to be final and the case completely closed. However, during a meeting with the MCAO, the little girl's biological parents told prosecutors “they have evidence that has not yet been reviewed."

The evidence, according to the biological parents, has to do with the treatment of Samora Cousin's biological siblings, two of whom are also in the foster care of the Ham family. “We have pictures, we have video,” said Samora's biological father, Wes Cousin. “We have evidence from the inside.”

The county attorney’s office says while their decision was to not move forward with negligent homicide charges, they “agreed to coordinate with law enforcement and review this specific piece of evidence.”

“The family said that they have additional evidence that they would like presented in consideration. So we are going to connect the family with the police department so they can look into this additional piece of evidence,” said Jennifer Liewer, a spokesperson with MCAO.

Samora died in the back of Roger Ham's van on October 1. Detectives say Ham forgot the baby in the backseat before heading into work at the Washington Elementary School District Service Center. Her official cause of death is still pending, according to the Maricopa County Medical Examiner's Office.

Ham and his partner, Steven, have adopted more than a dozen children and were recognized nationally for their work fostering and adopting kids as a same-sex couple. Roger was also awarded for his work at the school district, where he was a supervisor.

"He's a foster parent; he had no intention of hurting a kid. He wanted to help kids," said one neighbor, who lived near the school district.

Romley said he deliberated over the charging of countless negligent homicide cases where children tragically died. "We looked for some type of really, truly gross negligence. Not just a mistake, it had to be something much more severe than that," said Romley.

Prosecutors also have to believe they can win the case. "These are very difficult to a jury," said Romley. "Juries relate that mistakes do happen with parents."

Samora's biological parents are not a jury, though, and not sympathetic when it comes to the death of their child.

“She she was in the car for six hours,” said Jennifer Haley, the baby’s biological mother.”

“They tried to make us believe that things were really an accident,” said Cousin. Haley and Cousin have wanted charges since day one.

On Tuesday, they said prosecutors with the county attorney’s office told them, “that it was closed [and] they were not going to charge him with anything.”

The currently uninvestigated evidence would have to pertain to Samora’s death in order for the prosecutors to change their initial decision. “With the evidence that we currently have, it did not support criminal prosecution,” said Liewer.

Since the tragedy, Roger Ham has resigned as a supervisor with the Washington Elementary school district. It is unknown whether he is still allowed to foster kids.

The Arizona Department of Child Safety is still conducting their own investigation into the death. Samora’s biological parents say the will not stop until someone is held accountable. “I’m not going to let my daughter be swept under the rug,” said Haley.

The MCAO released the following statement to ABC15 Tuesday:

"Our office met with the family today to inform them of our decision to not press criminal charges in this case. However, during that meeting the next of kin indicated they have evidence that has not yet been reviewed. We have agreed to coordinate with law enforcement and review this specific piece of evidence."