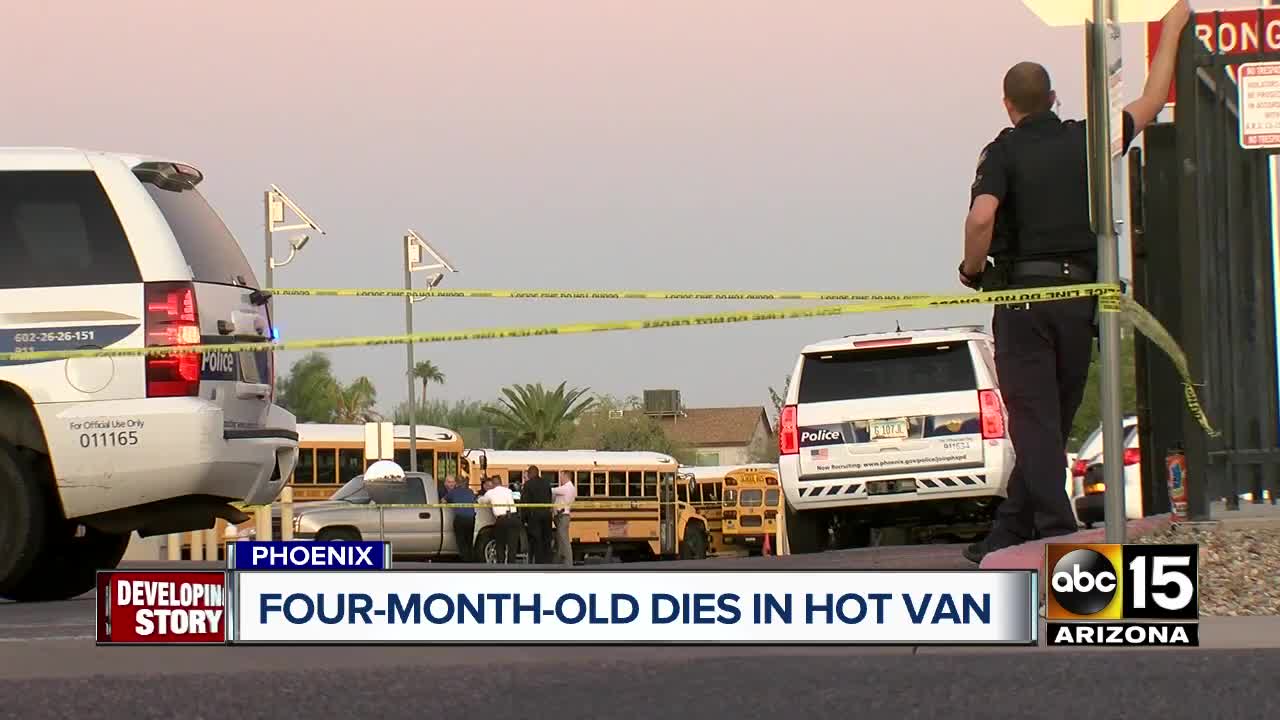 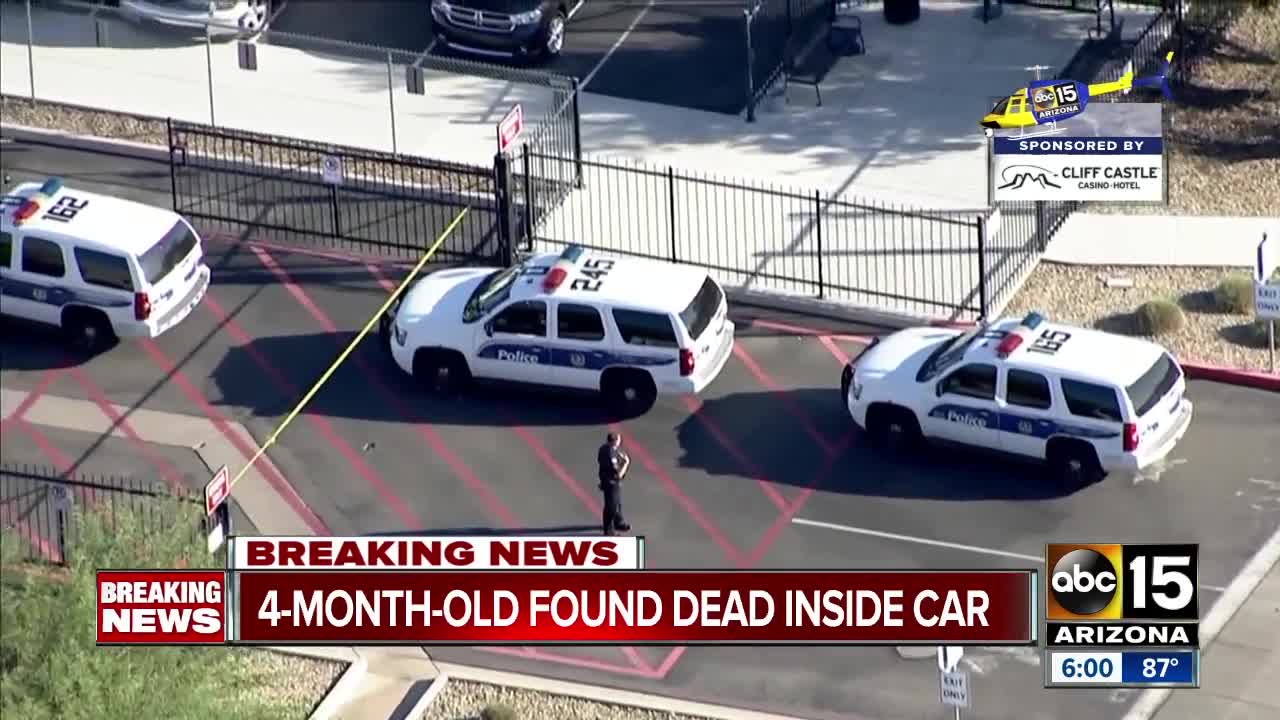 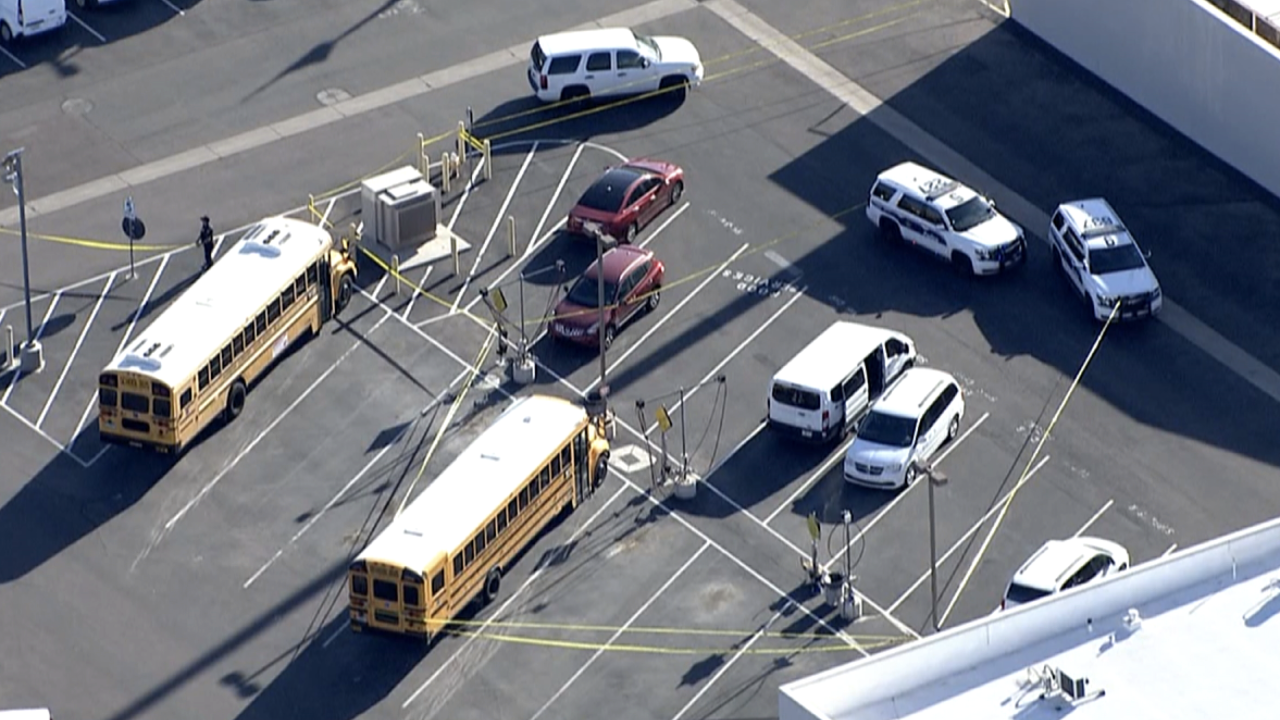 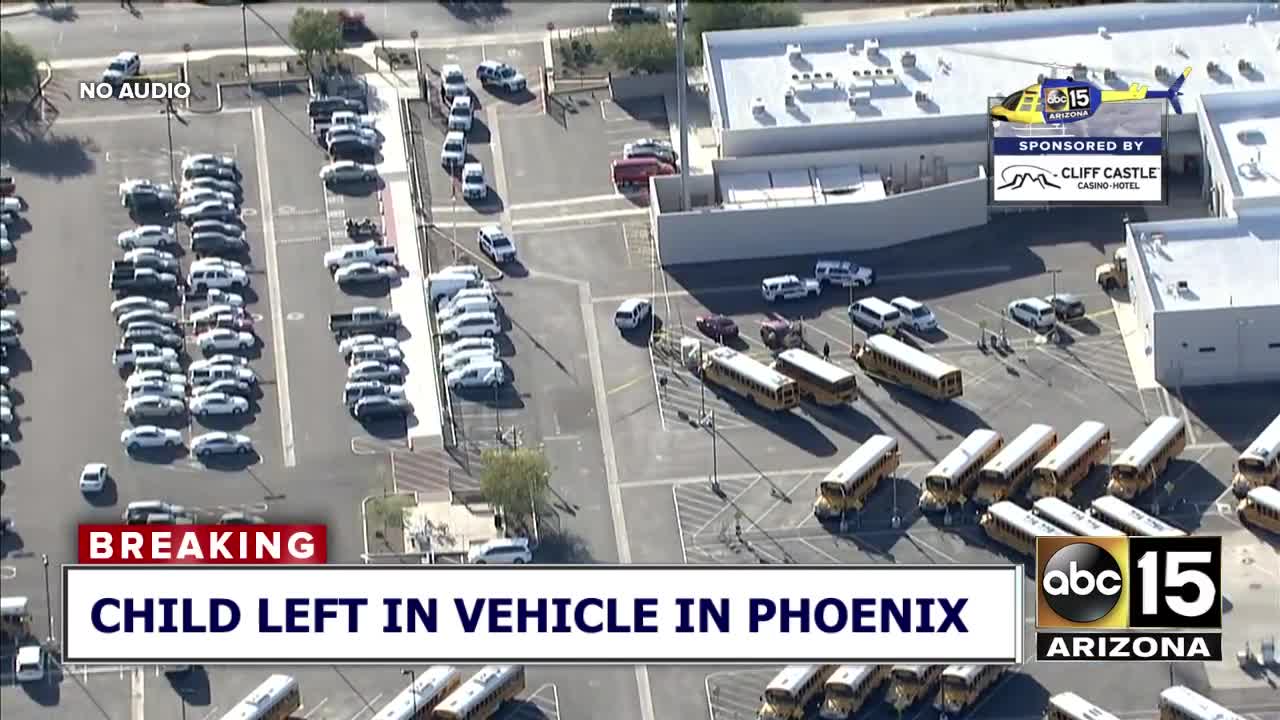 PHOENIX — A 4-month-old girl died Tuesday after being left in a van outside a Phoenix school district building for several hours.

Phoenix firefighters were called to the scene near 39th and Sweetwater avenues just before 4 p.m.

When crews arrived on scene at the Washington Elementary School District facility, the child was beyond any resuscitative efforts and was pronounced deceased, Phoenix Fire Captain Rob McDade said.

Police say the child's foster or adoptive father is an administrator at the building.

The man, 56, told detectives he forgot to drop the infant off after an appointment. When he went to leave work around 3:30 p.m., he found the child in the car.

DEVASTATING:
A 4-month-old girl was found dead inside a car today.
The father - an employee of Washington Elem. School District - was fostering/adopted the baby, according to PD.
Dad told detectives he forgot to drop the infant off after an appt.
Unclear if he’ll face charges. pic.twitter.com/Y1xT2Fs1SC

Police say the man and his wife are parents of adoptive and foster children.

Many Valley parents are left wondering how this tragedy could happen yet again. “There’s no way I would ever forget where my kid is at,” said Craig Huthmacheo.

“I just can’t think of how somebody could forget a baby in the backseat of a car,” said Rebecca Calmick, a mother who lived across the street.

“I mean he’s a foster parent. He had no intention of hurting a kid. He wanted to help kids,” said Calmick.

It is unclear at this time if charges will be filed, said Samudio. “If he is not charged, he will have to wear that weight for the rest of his life,” said Huthmacheo.

Staff at the Washington Elementary School District are heartbroken about the death of an employee's child at our Service Center. Our hearts go out to our staff member, his family and all of his colleagues who are grieving this tragic loss. We will be providing support to the entire Transportation team tomorrow and in the days to come. While we are all grieving, we will continue to provide service to our students and families.