Crews working on busted fire hydrant in Phoenix, flooding to nearby streets 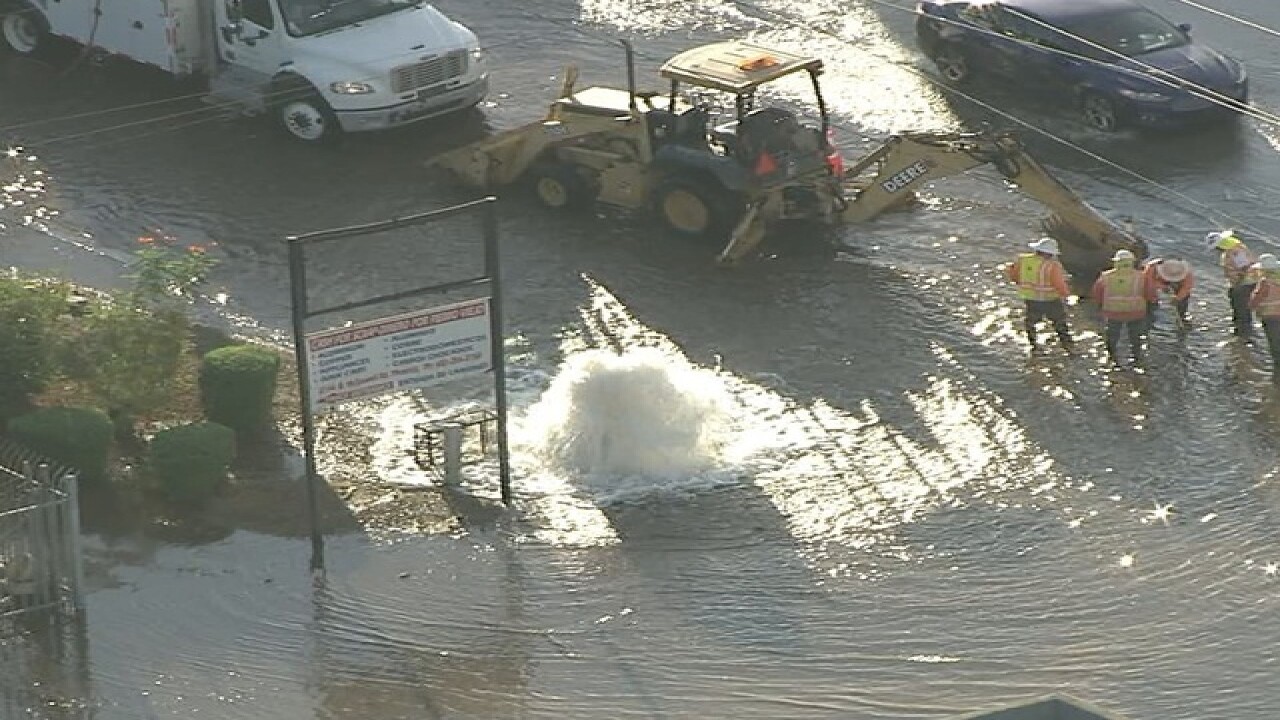 Crews are investigating after a broken fire hydrant.

According to the City of Phoenix, a fire hydrant was busted causing flooding to the nearby streets of 22nd Avenue and McDowell Road.

The Phoenix Water Department say the incident happened around 6:15 a.m. after a semi-truck hit the fire hydrant, causing it to break.

No businesses have been affected by the leak.