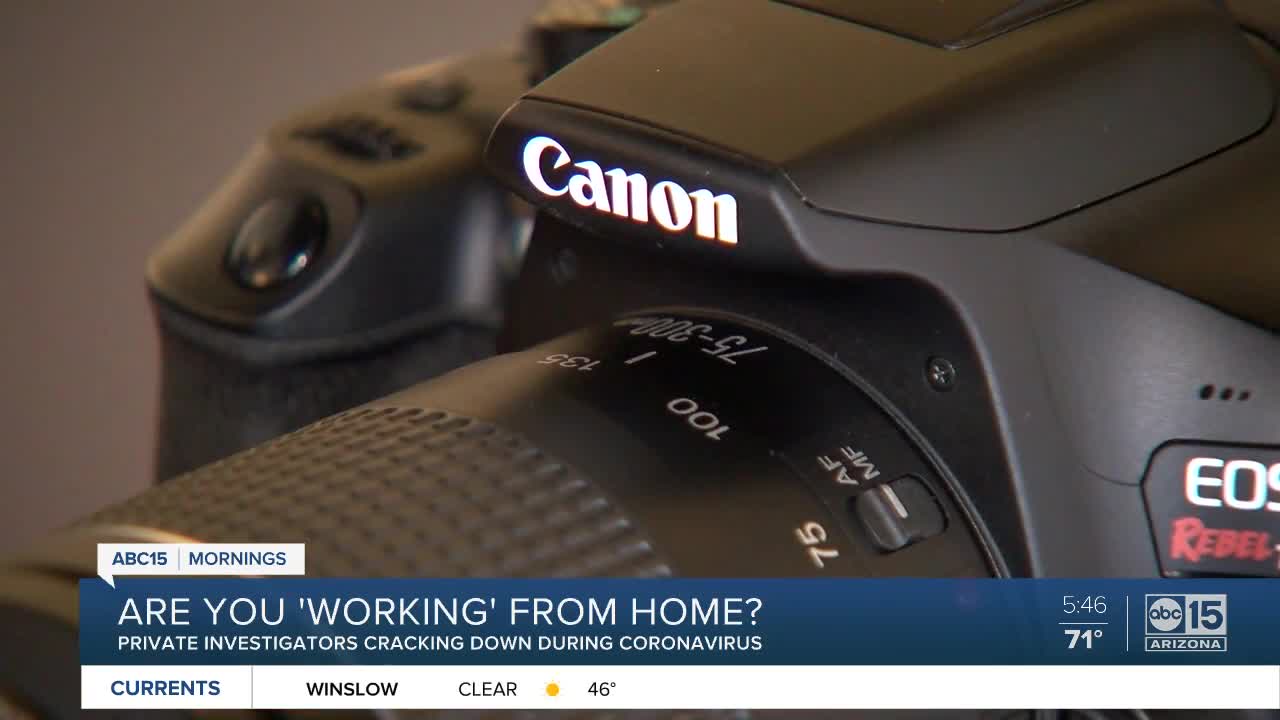 Are you really working from home? Some private investigators are being asked to look into people who are supposed to be working instead of relaxing.

PHOENIX — A local private investigator says companies are hiring his team to check up on employees who are skipping out on work amid the coronavirus pandemic.

“Calls started coming in from corporations saying, ‘We need you to watch an executive, or somebody [else]. They’re supposed to be working from home and we can’t get ahold of them,” Dorian Bond told ABC15.

Bond’s company, Bond Investigations Inc., operates across the country and in Canada. Due to binding agreements, he can’t name the employees he’s “caught” or the companies they work for, but last week said his firm took six calls from corporations that suspect an employee may be using this time as a paid vacation.

“If I get the call, usually, [the company] is pretty sure it’s happening, they just need the documentation evidence so, when they decide to go with the termination, they have the proof.”

Over the past several weeks, Bond said he’s documented employees in the Valley who, instead of working from home, were playing golf or boating and fishing on Lake Pleasant. He said another recent discovery through his course of investigating caught him, and the company he was working for, by surprise.

“A top executive was having a relationship with a subordinate and they were ‘Zooming’ from the same house but in different rooms,” he said.

Bond said it personally bothers him to make these discoveries when many lower-level employees have been laid off or furloughed due to the pandemic. He understands that working from home can be an adjustment, but, his advice?

“Try to get as much work done [as you can] because the company’s going to know how the employees acted during this period of time and then when it’s time for review, was that person available to work when they needed it?”