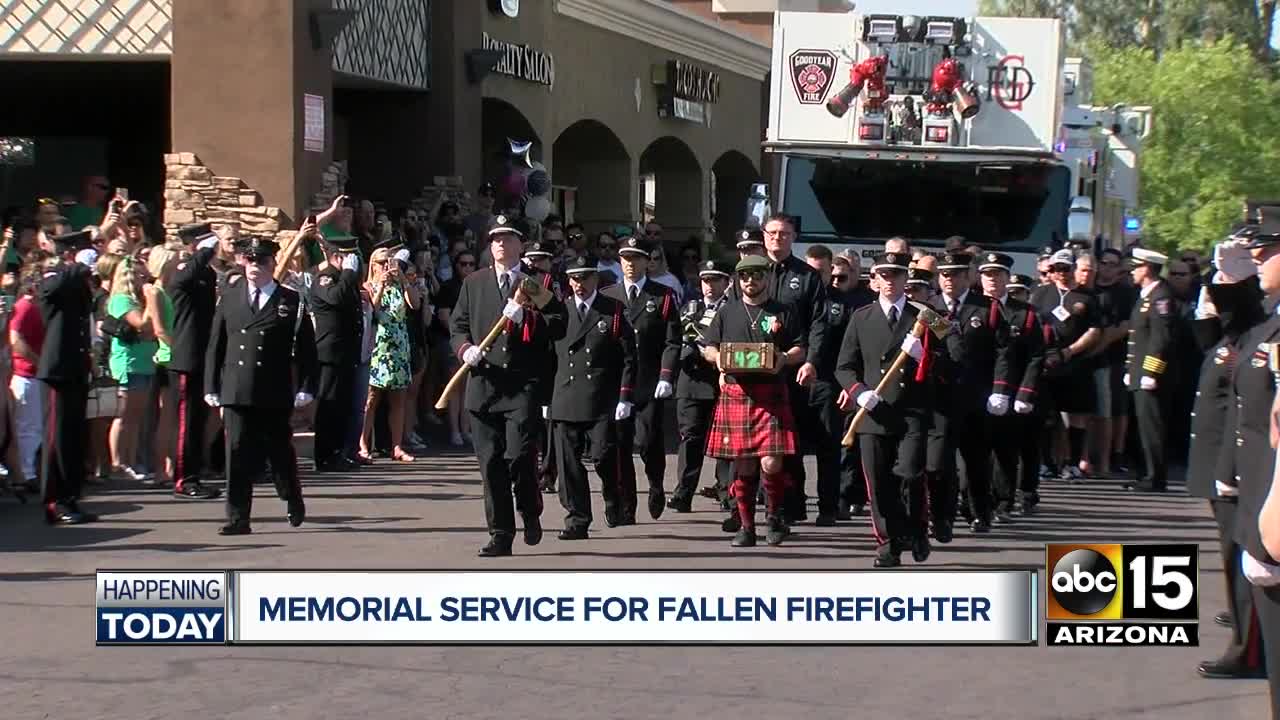 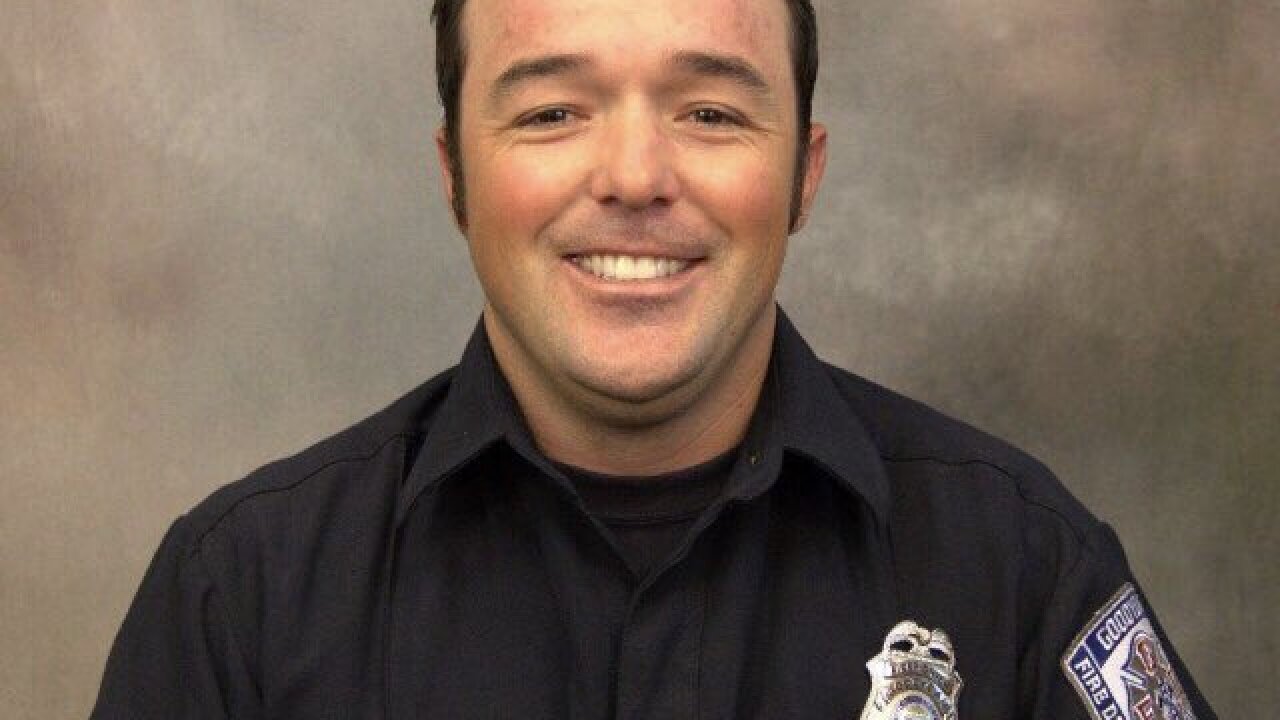 PHOENIX, AZ — It was an emotional day and a hard day for the family, friends and fellow firefighters of Austin Peck.

An 11-year veteran of the Goodyear Fire Department, Austin passed away after a years-long battle with occupational cancer.

"He was a man of small stature but he left a huge footprint," said Stephen Gilman, President of the United Goodyear Firefighters.

That footprint on full display Saturday afternoon, as fire departments from across the state of Arizona came together. Not at a funeral home or cemetery but the Dubliner Irish Pub in Phoenix, to celebrate Austin's life. Throwing a farewell party he wanted.

"This ceremony was Austin to a T, this is exactly how he wanted it and fortunately we were able to make that happen for him," said Jason Richmond, a Goodyear firefighter who graduated the academy with Peck.

Firefighters who knew Austin say he leaves behind a legacy of being a fighter and was one of the funniest around.

Peck is survived by wife and two young daughter. If you would like to help the family, a Go Fund Me page has been set up to help the Peck family.