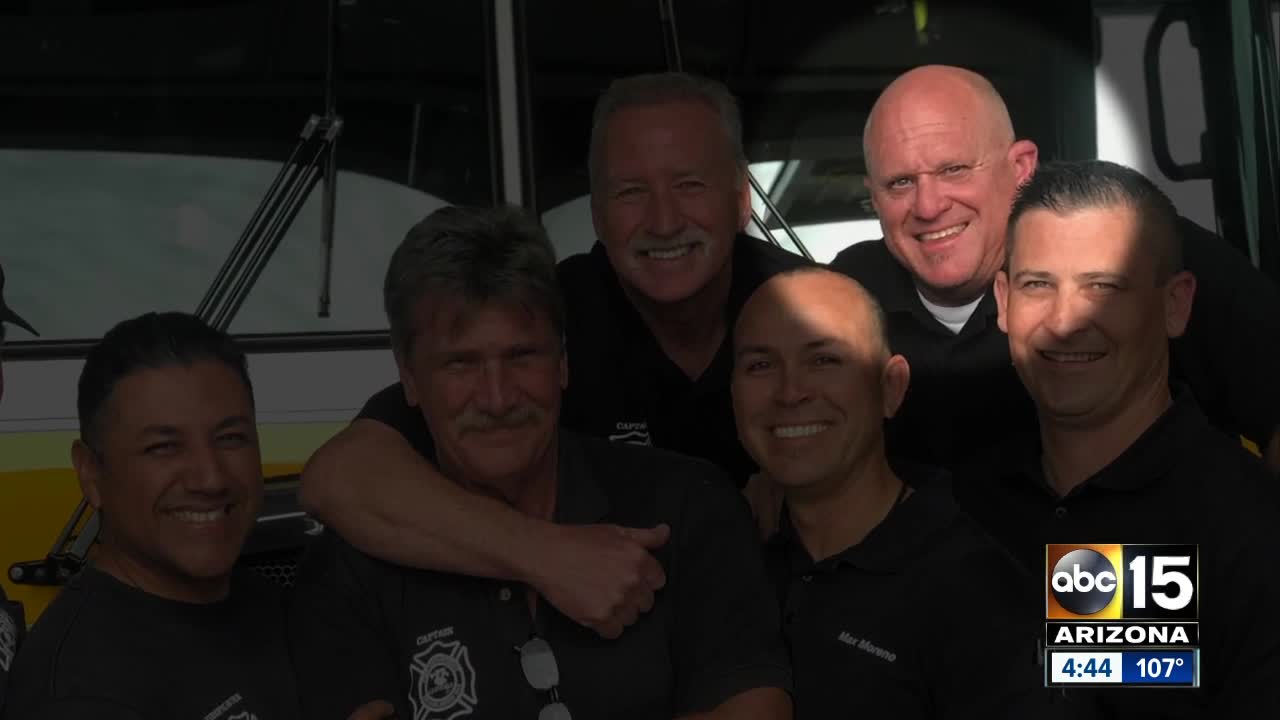 PHOENIX — After 26 years of battling fires and responding to hazardous materials calls, Glendale firefighter Kevin Thompson is now fighting for his life. Thompson has been diagnosed with multiple myeloma, one of the presumptive cancers covered by an Arizona law that ensures first responders receive workman's compensation.

"There's half of me that it would be very easy to feel betrayed," Thompson says. His frustration due to the fact the city of Glendale is challenging his cancer claim. He is one of nine firefighters across the state who are appealing their worker's compensation denials to the Arizona Industrial Commission.

Earlier this month, the Arizona Supreme Court set aside an administrative law judge's decision in a case involving Goodyear Firefighter Gilbert Aguirre Jr. A five-judge panel ruled the administrative judge made no findings on material issues in the case, including questions of whether Aguirre's leukemia was caused by exposure to a known carcinogen and conflicting opinions of the medical experts who testified at the hearing.

In denying Aguirre's claim, the administrative judge said Aguirre failed to carry his burden of proving by a "preponderance of evidence that he sustained a work-related injury."

"They're saying firefighters need to prove causality," Boyer said. "The law doesn't call for that. Because the hearings are closed, we don't know what the administrative law judge relied upon."

Aguirre's case has been sent back to the commission.

Attorney General Mark Brnovich has already sent written reminders to the city of Phoenix and the Arizona League of Cities and Towns about the law protecting firefighters who suffer from various conditions, including certain forms of cancer. He recently sent a 3rd letter to the commission urging it to begin collecting data about the number of disputes and the final outcomes in firefighter benefit disputes.

Brian Jeffries, president of the Professional Firefighters Association, said of Brnovich's letter, "I think he sees there's a deep concern here. An obvious connection between firefighters getting cancer as a result of the exposure they have on the job and the complete denial of worker's compensation claims as a result of that."

Commission Director James Ashley responded to the Attorney General's request Friday. Ashley promised it will collect the data and assured Brnovich the Arizona Industrial Commission knows the law regarding worker's compensation for firefighters.