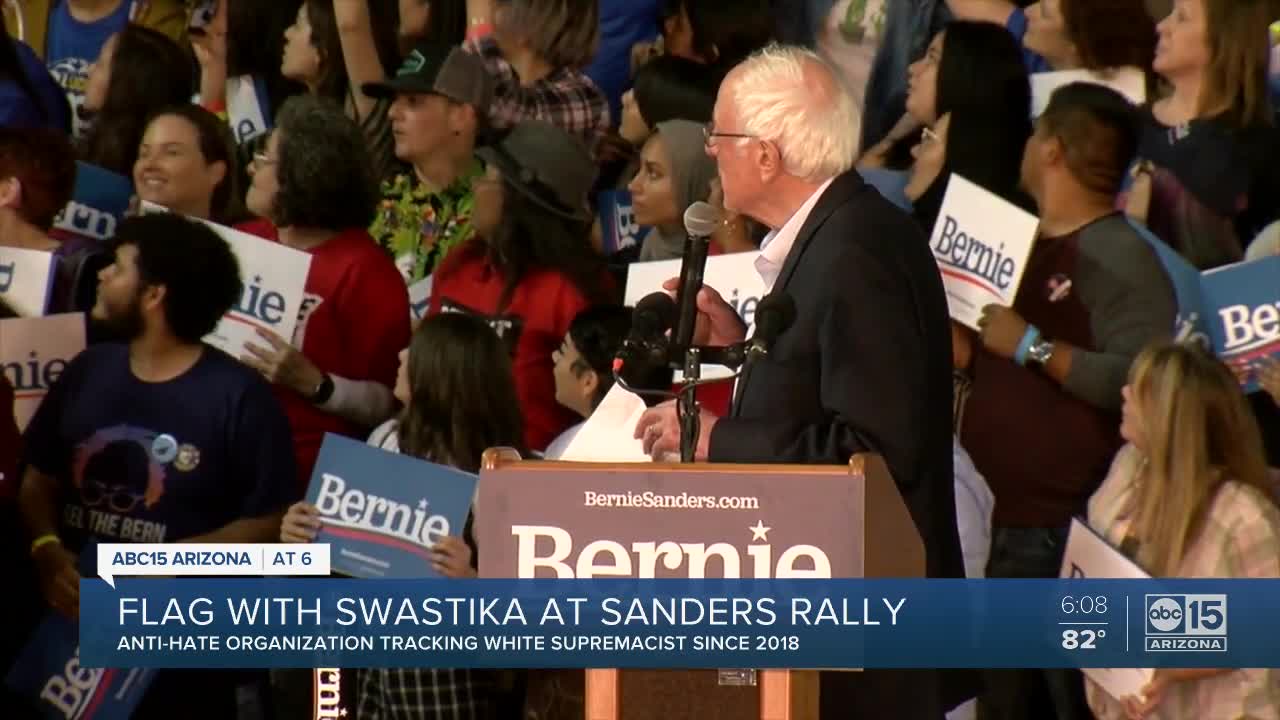 Glendale man described as a white supremacist was kicked out of Sen. Bernie Sanders' Thursday rally in Phoenix after draping a flag with a swastika on it. 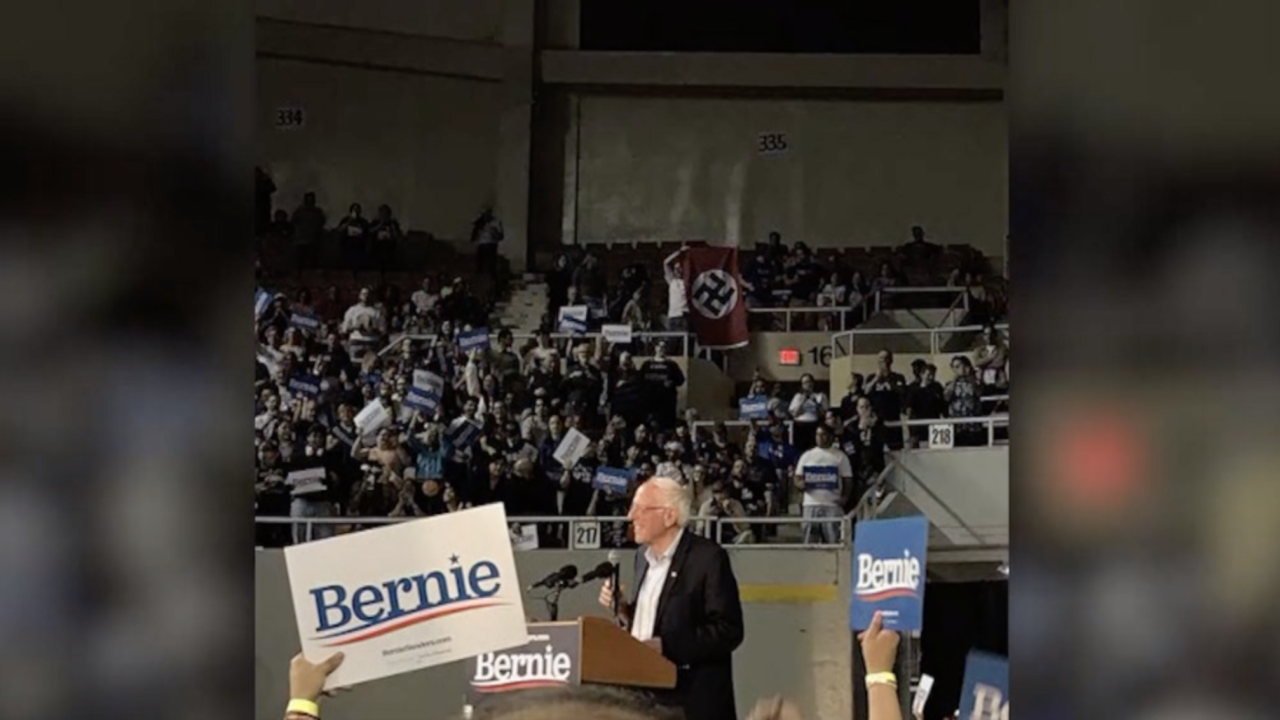 PHOENIX — A Glendale man described as a white supremacist was kicked out of Sen. Bernie Sanders' Thursday rally in Phoenix after draping a flag with a swastika on it.

The ADL identifies the self-described "stunt activist" as Robert Sterkeson, who attended the rally to protest Sanders and also runs a YouTube channel, "BombIslam.com." The ADL tells ABC15 they have been tracking Sterkeson since 2018.

A blog posted Friday by the ADL shows Sterkeson admitting that he unfurled the swastika behind the Democratic presidential hopeful.

A video taken at the rally and posted on Twitter showed someone draping the flag before Sanders supporters ripped it down.

A spokesperson for the Arizona Department of Public Safety said Friday that the man was not arrested.

They told ABC15 that the man in the video ran off before troopers caught up with him outside and told him to leave.

"This is under investigation," a spokesperson said. "We don't want to give this man any more publicity than he has already received."

ABC15 crews were outside the Veterans Memorial Coliseum during the rally when they saw a man being kicked out while screaming racial slurs at another man. ABC15 confirmed later that this man was the same man inside the rally waving the Nazi flag.

WARNING: awful, derogatory language. ⚠️ Man just Kicked out of #BernieSanders rally. The guy in white shirt got into it with Bernie supporter, calls him N-word. Unclear what led to this. @SenSanders #Arizona #BernieForPresident #BernieRally pic.twitter.com/xr8Fe5Lqzd

The ADL wrote, "in May 2018 he attempted to enter an event hosted by the Council on American-Islamic Relations of Arizona while wearing a 'Bomb Islam' hat."

Sanders addressed reporters on Friday, saying he did not know while on stage that a swastika was displayed.

"It's not a question of being unsafe," Sanders said. "The police, I want to congratulate by the way, the police department here in Phoenix, they did a great job last night."

Sanders would be the first Jewish presidential nominee.

"It is horrific, it is beyond disgusting, to see in the United States of America, there are people who would show the emblem of Hitler and Nazism," Sanders went on to say. "I was shocked to learn of it later."