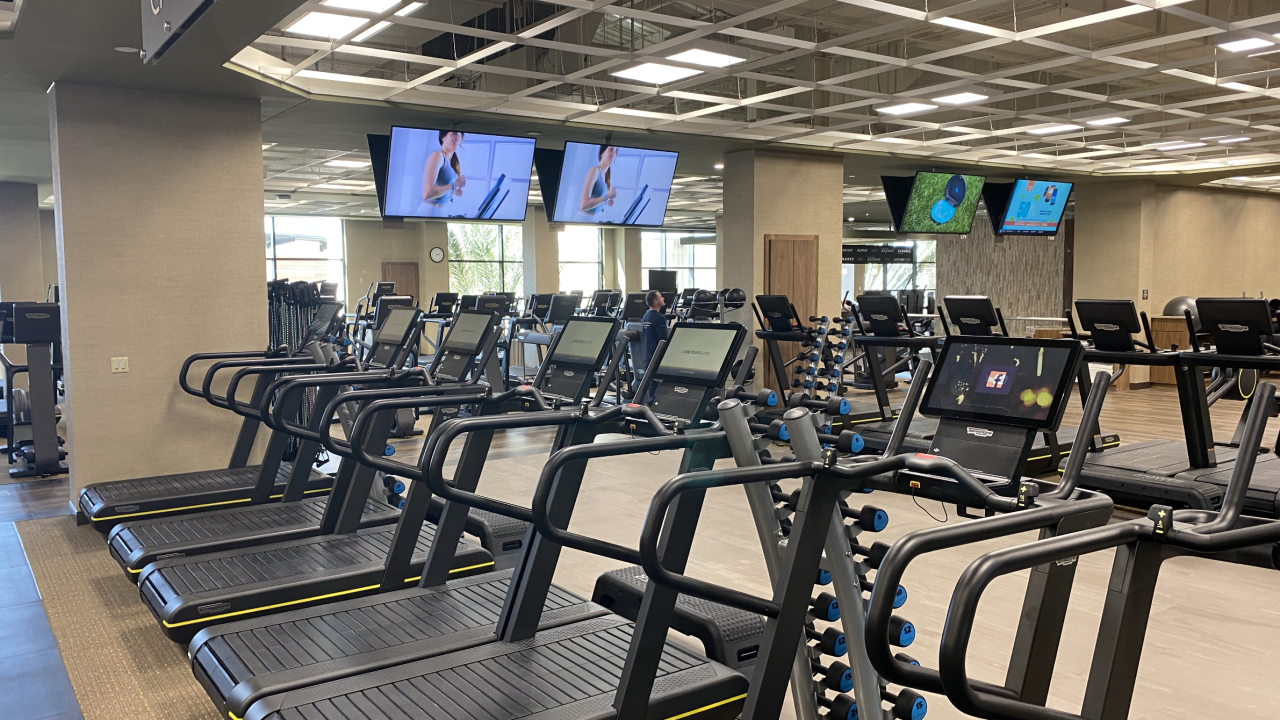 PHOENIX — Editor's note: On Thursday, July 2, the Arizona Department of Liquor Licenses and Control announced that it had summarily suspended a liquor license at Life Time's North Scottsdale location. We've updated the story below to reflect that.

The Arizona Department of Liquor Licenses and Control has summarily suspended liquor licenses at two Life Time fitness centers and clubs around the Valley, which have remained open, defying Arizona Gov. Doug Ducey's executive order that closed gyms, movie theaters, and other businesses for 30 days amid the COVID-19 pandemic.

The suspensions involved Life Time's newly-opened fitness center at Biltmore Fashion Park, near 24th Street and Camelback in Phoenix, and Life Time's fitness
center in North Scottsdale, near the Loop 101 and Scottsdale Road.

On Tuesday, the department of liquor suspended the licenses of a cafe and rooftop bar, barring them from selling any alcohol pending a hearing
and investigation. The suspension was announced Wednesday.

On Wednesday, the department of liquor suspended one liquor license at the Scottsdale location. That suspension was announced on Thursday, which is part of the enforcement of Gov. Ducey's executive order.

“...each presented one of a number of enticements to continue regular operations at Life Time Biltmore” pic.twitter.com/91BeRF2oEW

By staying open, the fitness center posed "a risk to the community in furthering the spread of COVID-19, and with this, jeopardizing the health, safety, and welfare of the public," a news release said.

“The Department took action against the liquor licenses of the two businesses as each presented one of a number of enticements to continue regular operations at Life Time Biltmore,” said John Cocca, director of the Arizona Department of Liquor Licenses and Control.

No other Life Time locations were affected by the license suspensions.

On Tuesday, Life Time initially said it would close its fitness floor and studio to comply with the order, but later reversed course and said those areas would reopen on Wednesday, July 1. It said its spa, pools, and other amenities would also remain open.

Mountainside Fitness filed a lawsuit against Gov. Ducey on Tuesday in response to the executive order. Some Orangetheory, Jabz, and F45 gyms have also remained open.

"The governor’s executive order is clear. Gyms and other indoor fitness clubs or centers, regardless of size, shall pause operations until at least July 27," said Patrick Ptak, spokesperson for the Governor's Office, on Tuesday. "This is a public health issue, particularly among our younger demographic, and we are looking for cooperation and compliance from our business community in the name of public health. We know this is a sacrifice."

Ptak said law enforcement can charge businesses with a misdemeanor who defies the order, which carries a max penalty of $2,500 if convicted. Though, education and compliance are the focus.

Life Time issued a statement on Wednesday in response to the license suspensions: "Life Time operates full-service, fast casual LifeCafes within our destinations under a Series 12 restaurant license, and not the Series 6 or 7 bars that were ordered to “pause operations” under the Governor’s Executive Order. As such, we’re working to clarify the basis for the suspension of the license and are confident our operations have been – and are – in compliance with the Governor’s Order since it took effect."

The CEO of Mountainside Fitness told news reporters Tuesday that several of his fitness centers in the Valley have been cited by police, who have been tasked with enforcing the executive order. One of those was Scottsdale police.

Prior to the governor's most recent executive order, Scottsdale police cited Riot House, a nightclub in Old Town Scottsdale, with a misdemeanor for not enforcing social distancing.

The Arizona Department of Liquor Licenses also sent final notices to nine Scottsdale bars, restaurants, and nightclubs warning them that if they did not comply with the executive order their liquor licenses could be suspended or revoked. Most, but not all, voluntarily closed their doors temporarily following those actions.