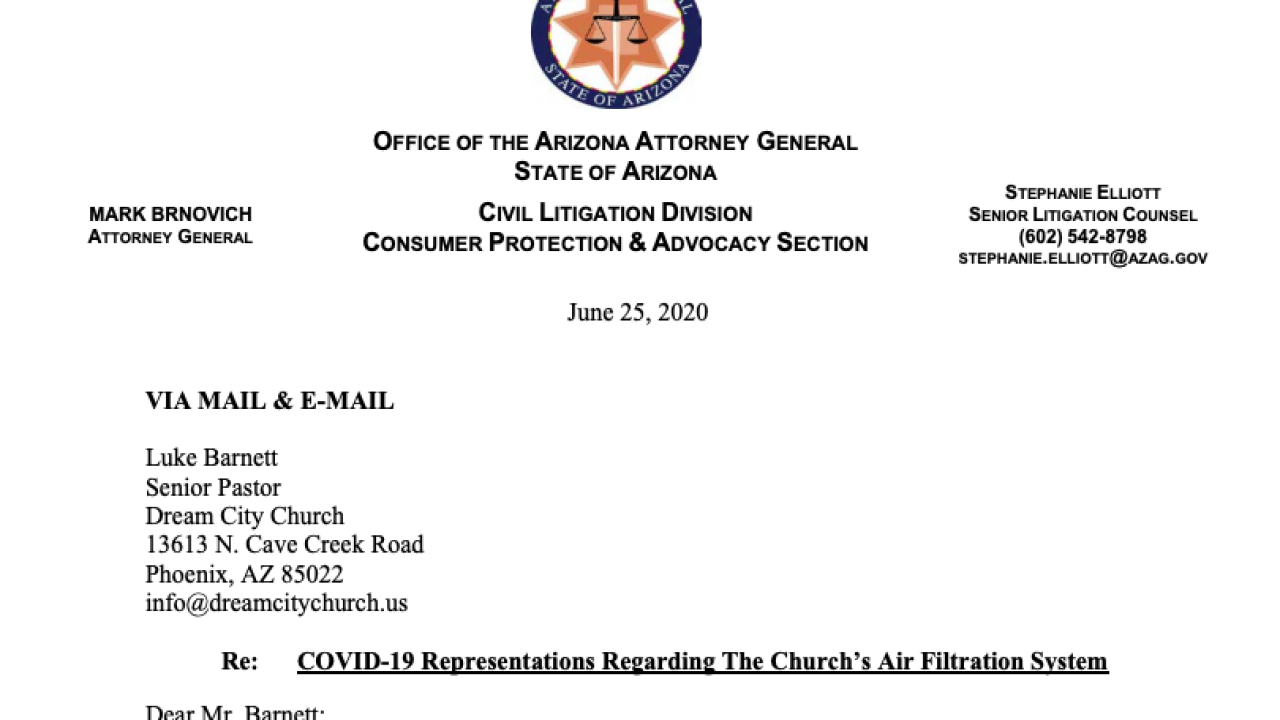 The AG’s office says, “Clean Air EXP has advertised and continues to advertise that its air filtration products neutralize 99.9% of viruses that are ‘COVID-19 surrogates.’” Online, the company has also been reportedly saying its filtration systems neutralize 99.9% of “coronavirus,” however, those tests are based on a strain that causes the common cold.

“The AGO is aware of no scientific research or public health authority certifying any kind of air treatment product as a means of preventing COVID-19 infections,” according to a press release.

Dream City Church also recently claimed in social media posts that they used a filtration system that “kills 99% of COVID within 10 minutes,” according to the AG. They reportedly said, “when you come into [the church's] auditorium, 99 percent of COVID is gone. So you can know when you come down here, you'll be safe and protected."

In a later post on Facebook, the church addressed their previous claims about the CleanAir EXP units the facility uses, and said they "hoped to alleviate any confusion" their initial comments may have caused.

The AG warned Dream City Church, which rents out space for public events, including this week’s President Trump rally, that it may be violating the Arizona Consumer Fraud Act with false claims.