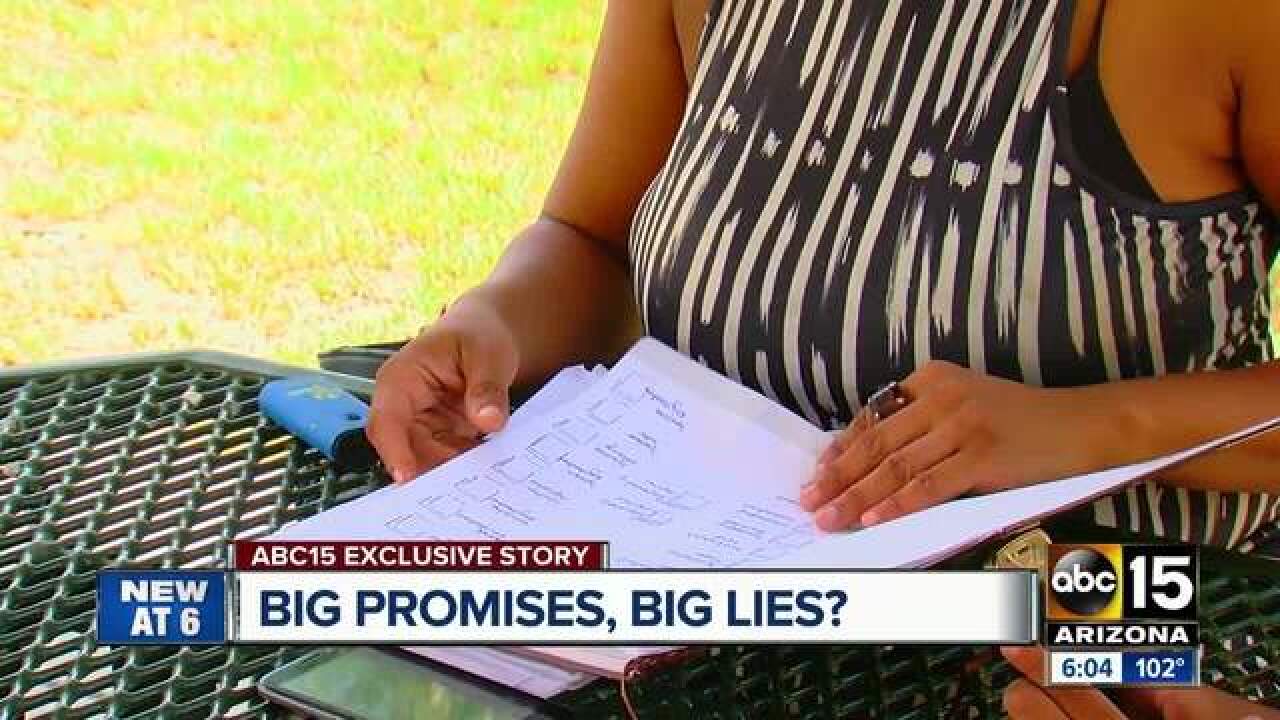 At first look, you may think the 2018 Women's EmpoweredUp Conference is a star-studded event.

"We're going to have some workshops, but it's going to be a self-awareness, self-development kind of conference," Kimberly Shedrick, organizer of the event, said. The ticket sales page lists former First Lady Michelle Obama as a special guest. A flyer names several high-profile women such as Angela Ducey and Kim Kiyosaki.

"If you look on my advertisement, I specifically stated that I've invited them and I'm still holding out for them," Shedrick said.

The Arizona Attorney General Mark Brnovich has some of their answers. He said Michelle Obama's representatives said she will not be there. A spokesperson for Brnovich said Angela Ducey would not be there either. And as for a Maserati that supposed to be given away? State investigators said it won't be raffled off.

"I was trying to give a Maserati away and they're not wanting to give us the Maserati, but we've got a couple of cars lined up and we're giving away 25 scholarships as well," she said.

Shedrick says there have been bumps in the road, but there is nothing criminal about this upcoming event or her promotion of it.

Mark Brnovich's office believes otherwise. In a statement, he said his office is "working to stop false advertising related to this conference and address the refund issue."

Shedrick claims she's being unfairly targeted because she's been convicted of identity theft.

Shedrick promises the event will happen and showed us photos, she said, were taken at the first conference in 2016. In the background of one of them, you see photos of Michelle Obama and Jill Biden on a screen. So far, Shedrick said she's sold around 200 tickets, but purchased all but six of them herself. As of Tuesday, a venue for the event has not been secured.

If you purchased a ticket expecting to see one of the headliners or thought you were being entered to win a Maserati and feel that you've been deceived, the Attorney General wants to hear from you.