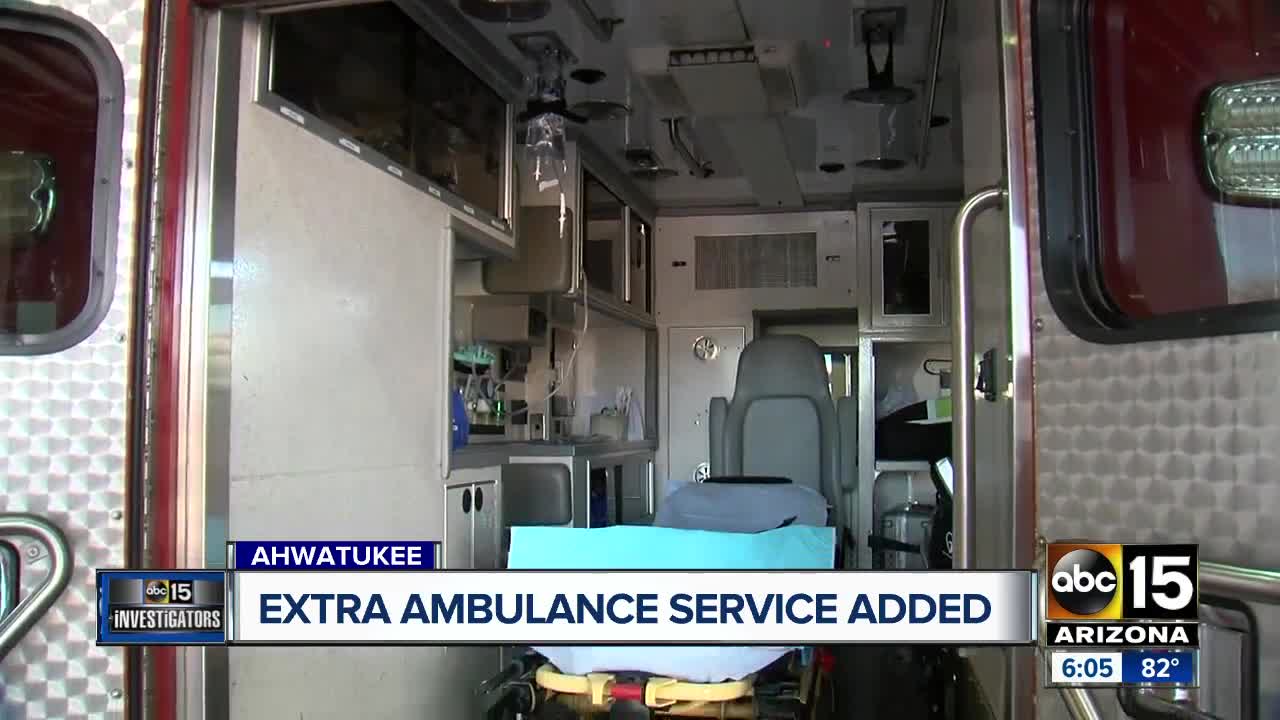 Department looking to increase response time and provide sense of security to community.

The department will double Station 38's ambulance staffing, from ten hours a day to nearly full time. In addition, the full-time ambulance at Station 43 will move to Station 46 to better cover the western side of Ahwatukee.

Phoenix Fire officials say they are always assessing the best coverage for ambulances. However, the changes are rolling out nearly two months after dozens of people posted their concerns about response time on an Ahwatukee Facebook group.

Shelley Hodges posted about her one-year-old son who had a severe reaction to a scorpion sting in August. Just one Ahwatukee ambulance was on duty at the time.

"So we had to wait for the ambulance to come back from the hospital before they could even take my take my son to the hospital," Hodges said.

It took about 45 minutes from the 911 call until they arrived at the emergency room.

"I was panicky," Hodges said. "It was horrible. You never want to see your baby struggling to breathe."

"We believe this will improve response times and give that community the sort of satisfaction of knowing there are two full-time ambulances is that a protecting and serving that area," Phoenix Fire Captain Rob McDade said.

The Phoenix Fire Department is also making ambulance changes at the north end of the city. Officials are adding a daytime, part-time ambulance at Station 49 and making the Station 52 Desert Ridge location full-time.