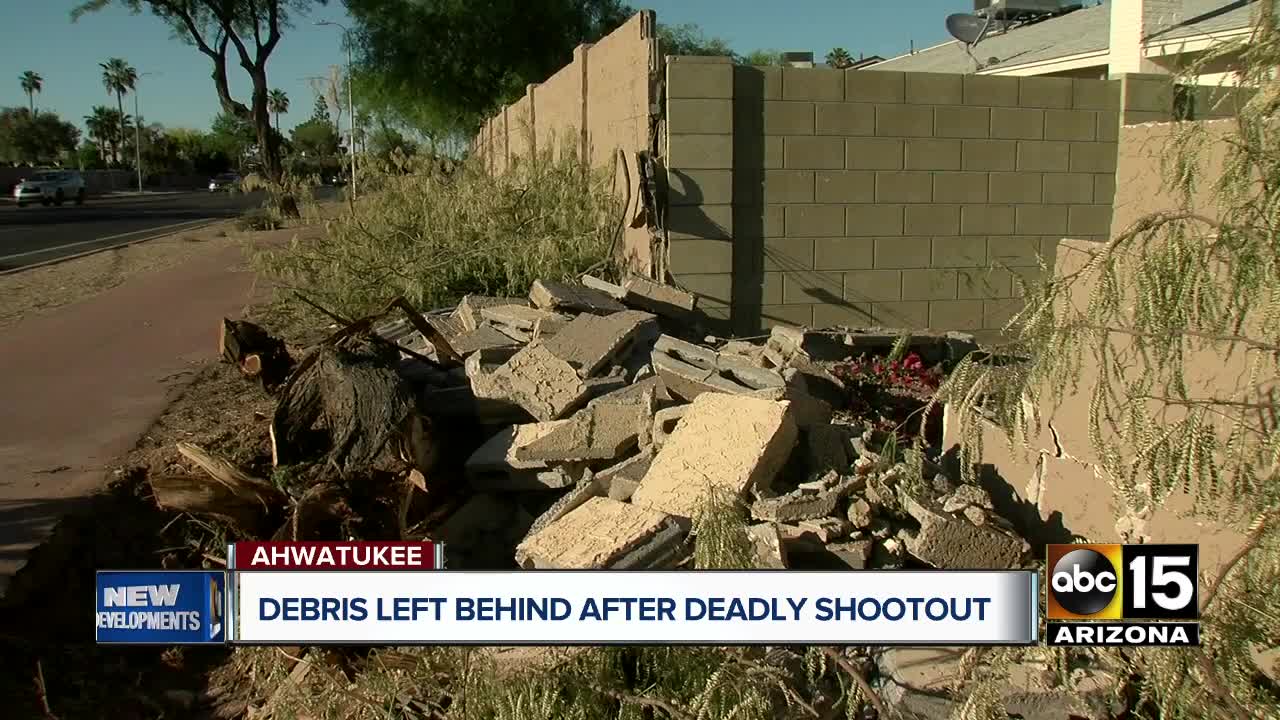 Neighbors concerned with mess left behind. 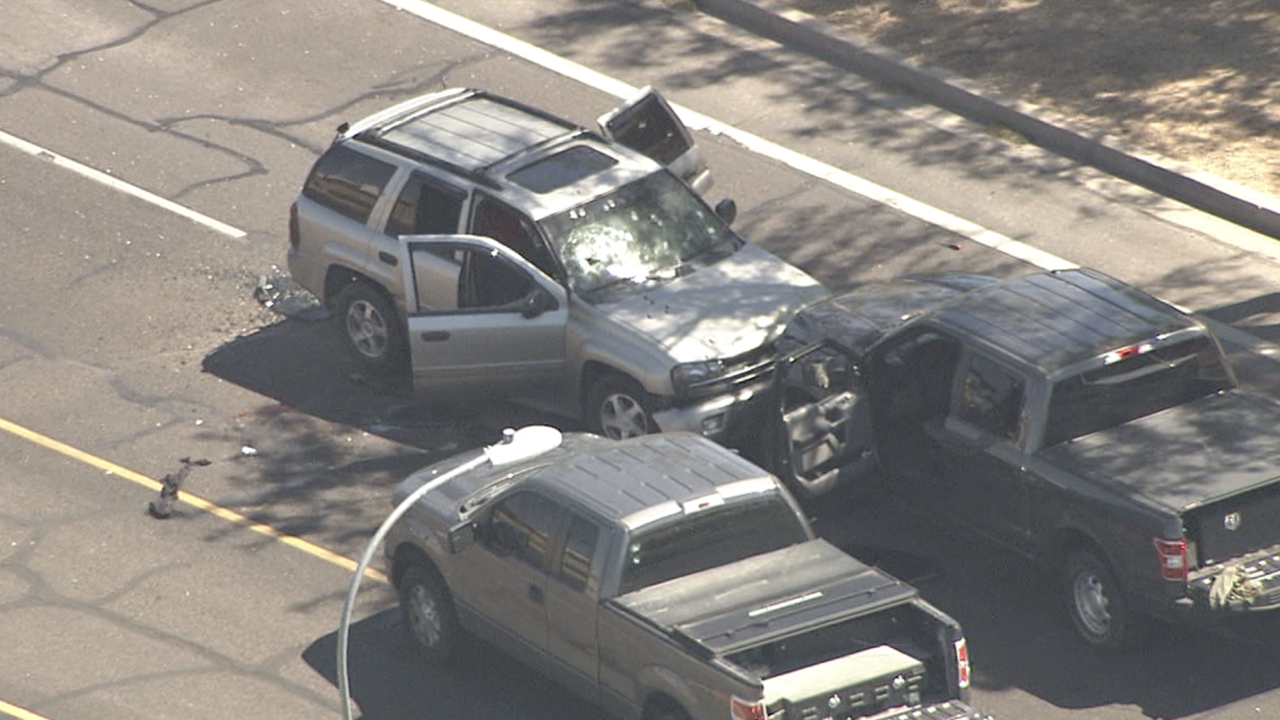 AHWATUKEE, AZ — Court documents are providing more details about the human smuggling investigation that led to a shootout in Ahwatukee last week.

According to federal criminal complaints, federal agents began investigating a human smuggling operation when a man in the country illegally turned himself in to a Tohono O'Odham police officer on March 20 near Sells, Arizona.

That man, Adrian Morales, said he had just escaped a group of four people who had promised to take him to the hospital but instead took him to a house, threatened him with a knife and robbed him.

The vehicle and license plate Morales identified as belonging to the suspect was seen about a week later during "a human smuggling event" in Tucson, according to a criminal complaint. Agents were able to identify the driver of the SUV as 35-year-old Warren Jose, a U.S. citizen.

Investigators continued to follow Jose for more than two weeks. Agents going to arrest him followed another vehicle connected to him on I-10 south of the Valley and as it exited the freeway began trying to get away from authorities.

The vehicle took off once the Homeland Security agents tried to get the SUV to pull over, hitting several other cars on the road and causing one agent's vehicle to crash into a wall, according to court paperwork.

Once the SUV spun out, agents say Jose started firing at agents from the front passenger seat with an AK-47-style assault rifle. Agents returned fire, and in the exchange the SUV's driver was hit and killed.

Jose and another U.S. citizen in the vehicle, 23-year-old Valentina Valenzuela, have been arrested and charged with human smuggling violations. Two others in the SUV were determined to be in the country illegally.

When interviewed, Valenzuela told HSI Jose picked her and the driver up in Sells and the two undocumented immigrants were already inside.

In an updated statement Wednesday, Immigration and Customs Enforcement said the four agents treated for injuries as a result of the shooting had been released from the hospital and were recovering.

While the investigation is ongoing, some neighbors are still stunned by what took place.

"(My) phone started blowing up, friends of mine who don't even live near the community, telling me everything is shut down," said neighbor Scott Cook as he thought back to last week.

Cook is also concerned by some of the debris left behind from the incident, including a pile of bricks, part of a vehicle and lots of downed brush that line the street where the violent encounter occurred. An Easter parade is scheduled for Saturday, with the remaining debris along the route. Cook fears it may cause a safety issue for kids, or at the very least, be a stark reminder of the violence.

"Children are going to be asking questions and how do you explain that to your children?" he wondered. "That yeah, someone died here, well let's just watch the Easter Bunny go by."

A representative for Phoenix City Councilman Sal DiCiccio's office told ABC15 there are plans to further cleanup the area, which should be completed by Friday.