Phoenix police said Monday that 29-year-old Theresa Medina-Thomas died at the scene of the shooting near 48th Street and Elliot Road.

AHWATUKEE, AZ — A woman was killed and eight other people were taken to the hospital after a Thursday morning shootout in Ahwatukee involving federal agents.

Around 9:45 a.m., the agents tried to stop a vehicle to make an arrest in the case. Police say the agents and the suspects shot at each other. Residents reported hearing at least 20 gunshots.

Of five people in the suspect vehicle, police said one, a woman, was pronounced dead at the scene. The four others suffered non-life threatening injuries and were taken to the hospital, according to Sgt. Tommy Thompson.

Four agents were also injured and hospitalized for medical evaluation. Police did not elaborate on the type of injuries for the eight people, though city councilman Sal DiCiccio, who represents the area where the shooting happened, said in a tweet two agents had been shot. 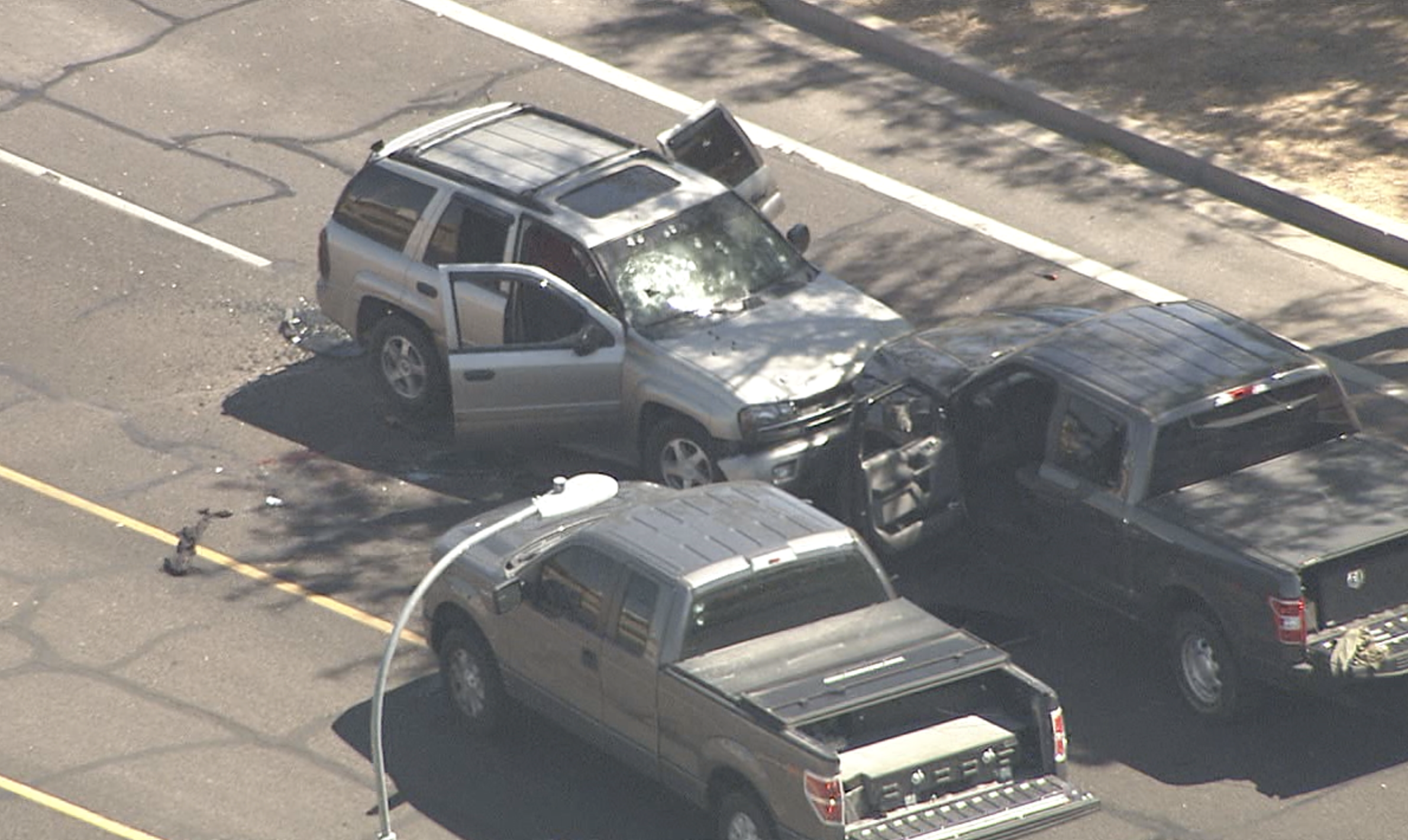 Footage from the scene showed an SUV with multiple gunshots through the front windshield and a pickup truck crashed through a wall separating a backyard from the roadway.

A federal law enforcement official familiar with the incident said the agents responded with force to protect themselves and others after confronting a life-threatening situation.

"In accordance with agency protocol, ICE's Office of Professional Responsibility is reviewing the incident. The agency will not comment further while this review remains ongoing," ICE said in a statement to ABC15.