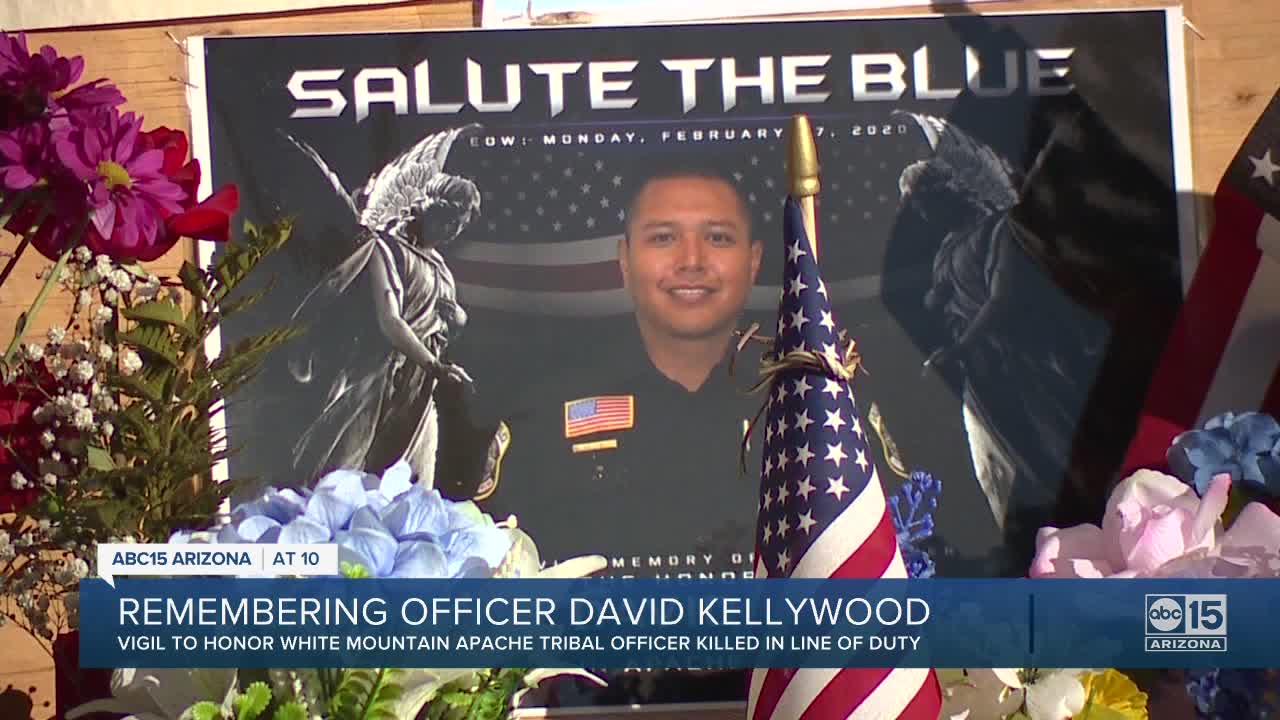 Kellywood, 26, was shot and killed during a confrontation while responding to a call last week in the Pinetop-Lakeside area.

Officials said Officer Kellywood and another officer responded to a report of "shots fired" around 1 a.m. near the Hon-Dah Resort and Casino in Pinetop, Arizona last week.

Kellywood, who was the first officer on scene, found a person matching the suspect description and the man immediately engaged the officer in a physical altercation, officials said. During that altercation, Officer Kellywood was shot.

"He was awesome, he was really nice, he was polite," said Feranda Garcia, who knew Ofc. Kellywood for years.

"It’s been really sad you can feel the sadness all over," said another woman about the impact of Ofc. Kellywood's death.