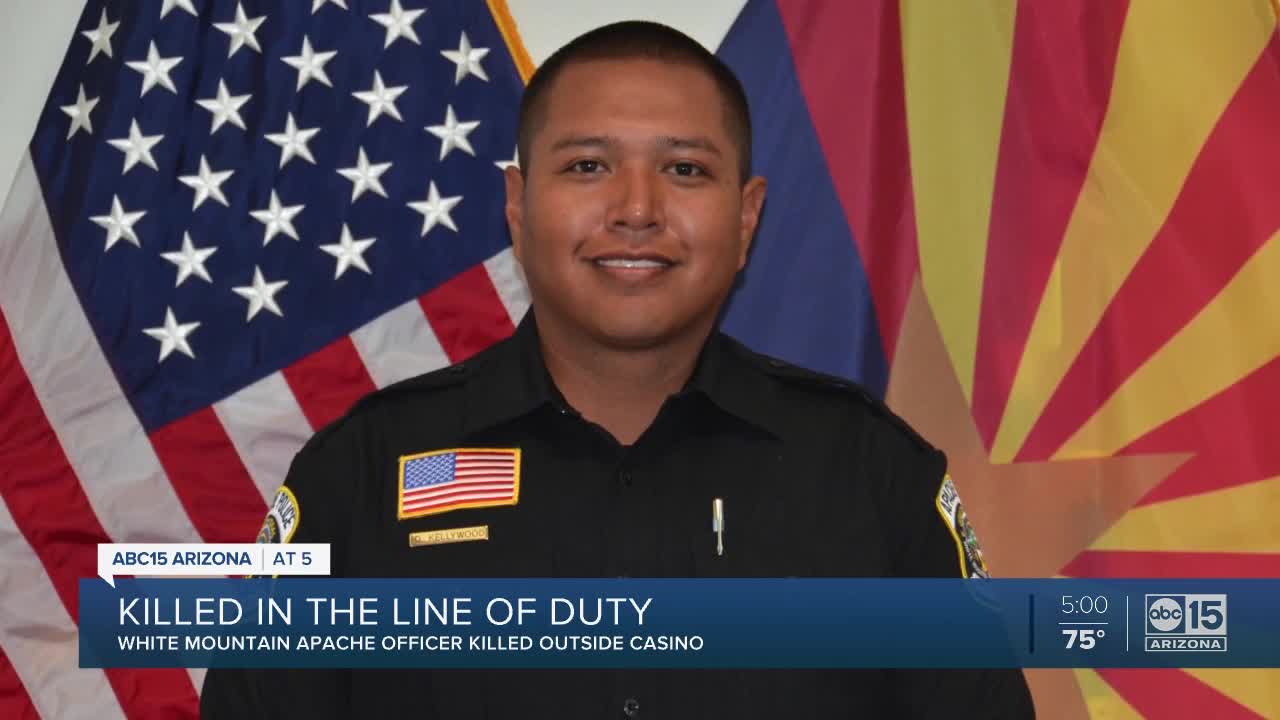 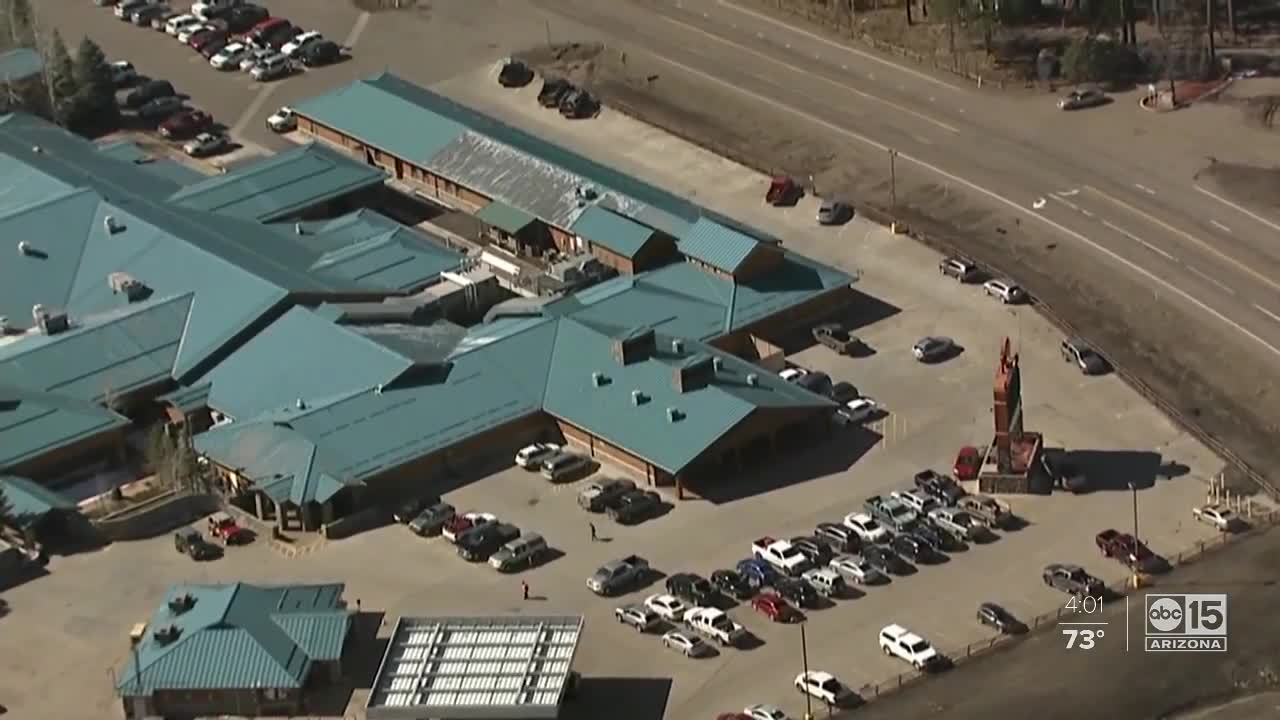 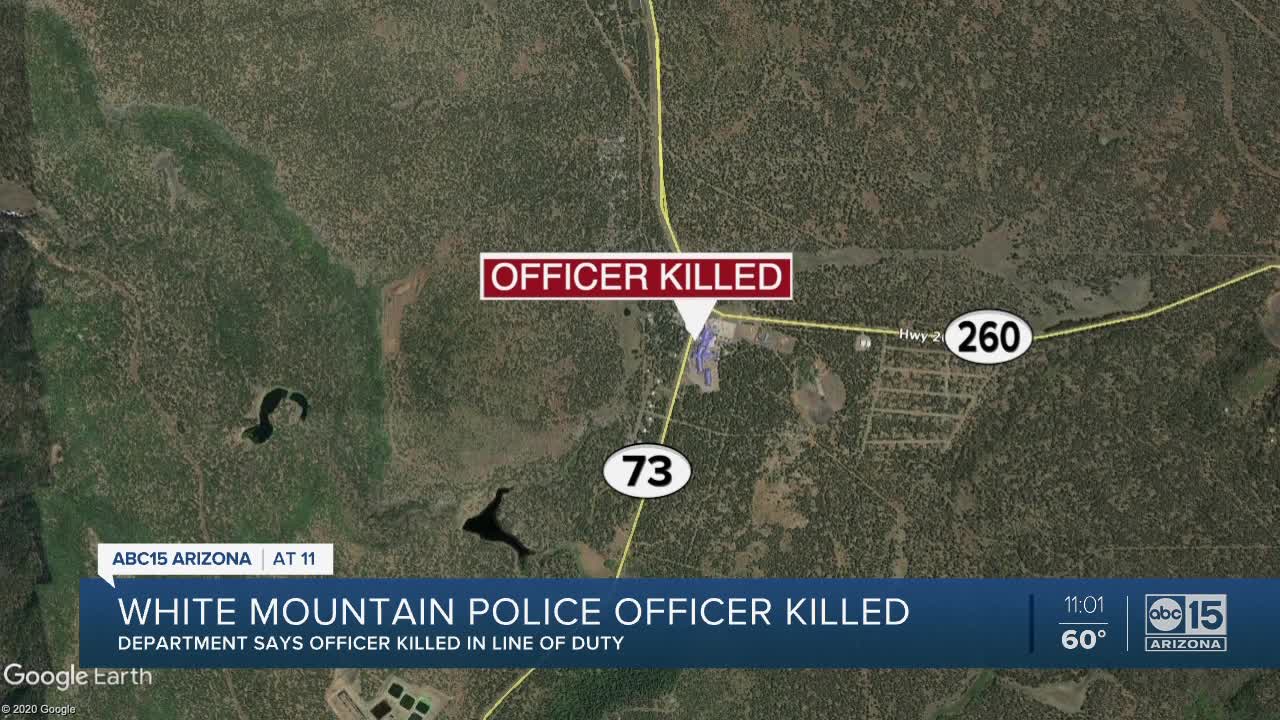 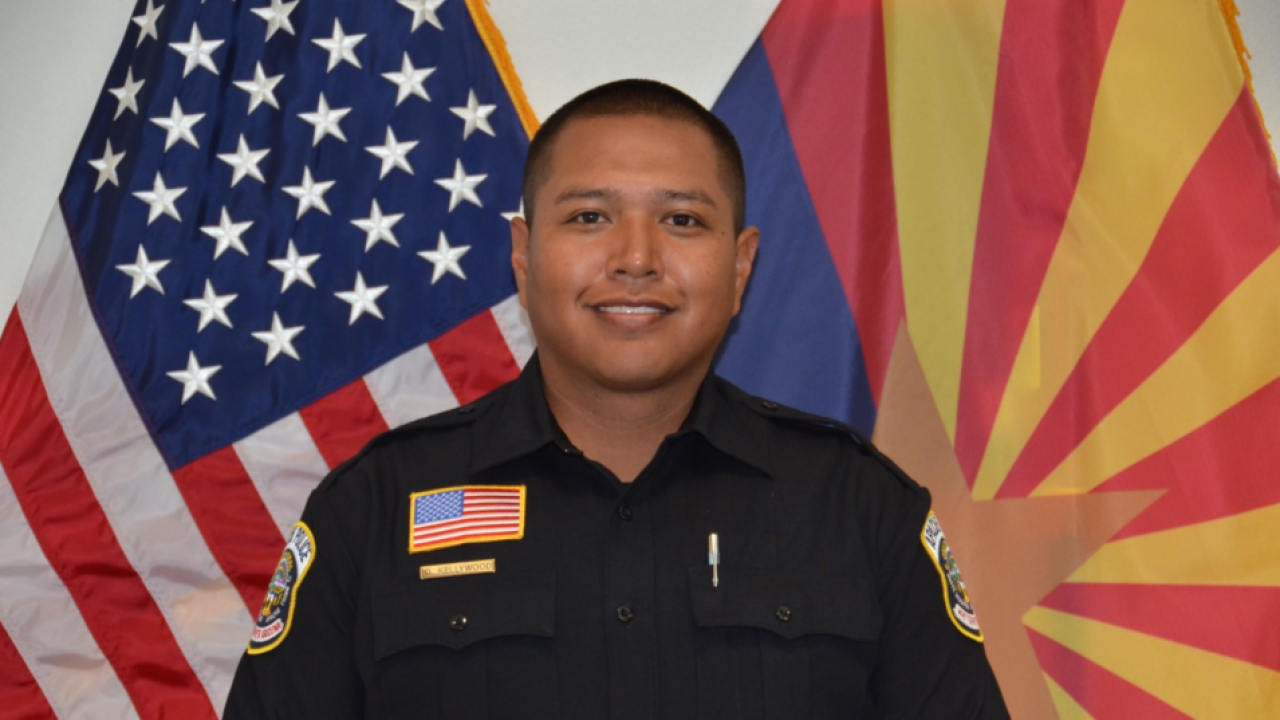 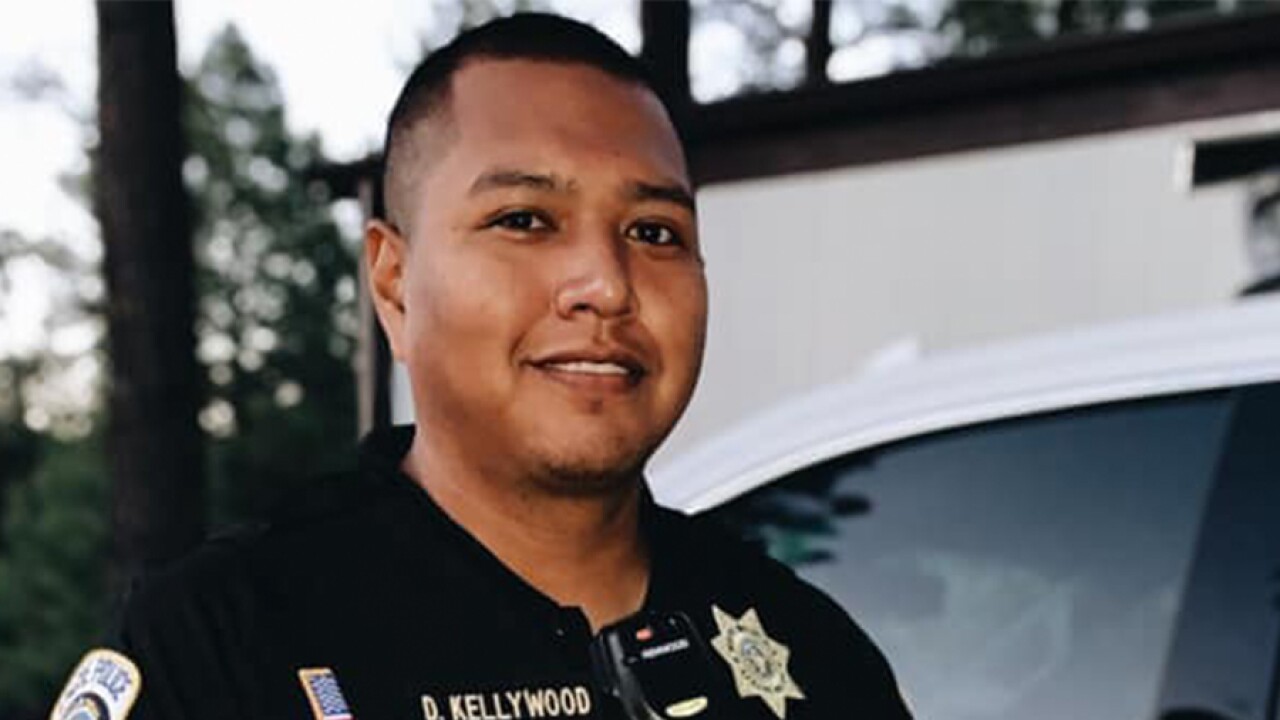 PINETOP-LAKESIDE, AZ — A White Mountain Apache Tribe police officer was killed early Monday morning during a confrontation with a suspect outside a casino in the Pinetop-Lakeside area, which is about three hours northeast of Phoenix.

The officer was identified as 26-year-old David Kellywood. Officials said he graduated from the police academy in May 2019 and had been on the force for about nine months.

He leaves behind a wife and two young children, officials told reporters during a Monday afternoon press conference.

Officials said Officer Kellywood and another officer responded to a report of "shots fired" around 1 a.m. near the Hon-Dah Resort and Casino in Pinetop, Arizona.

Kellywood, who was the first officer on scene, found a person matching the suspect description and the man immediately engaged the officer in a physical altercation, officials said. During that altercation, Officer Kellywood was shot.

A second officer, who was not been identified, arrived on scene and "fearing for his life and the public's safety," according to officials, shot the suspect.

Both Officer Kellywood and the suspect were taken to the hospital where both were declared dead.

Because the shooting happened on tribal land, the FBI is the lead investigative agency.

A spokesperson for the FBI was unable to provide any additional information regarding the suspect or the shooting, citing the ongoing investigation.

Shortly after the press conference, Arizona Gov. Doug Ducey announced that all flags would be held at half-staff from sunrise to sunset on Tuesday, Feb. 18, 2020, in honor of the fallen officer.

"This heartbreaking loss is another reminder of the danger our law enforcement officers face every day to keep others safe. Our prayers are with Officer Kellywood’s wife, children and loved ones as well as the White Mountain Apache Tribe," Ducey said in a statement.

Those wishing to help family with funeral costs can do so at any Wells Fargo Branch in Memoriam of Officer David Kellywood using account number #1274804507.

A WMAT councilmember told ABC15 Officer Kellywood will lie in state at the Chief Alchesay Activity Center beginning Feb. 27. His funeral is expected to be held on Saturday, Feb. 29. at 11 a.m.

😥Our thoughts go out to our brothers & sisters at the White Mountain Apache Police Department & the entire
White Mountain Apache community of #Arizona after the line of duty death of Officer David Kellywood. #PeoriaPDAZ #peoriapoliceaz #neverforget #gonetoosoon pic.twitter.com/VAOhrnQjdI