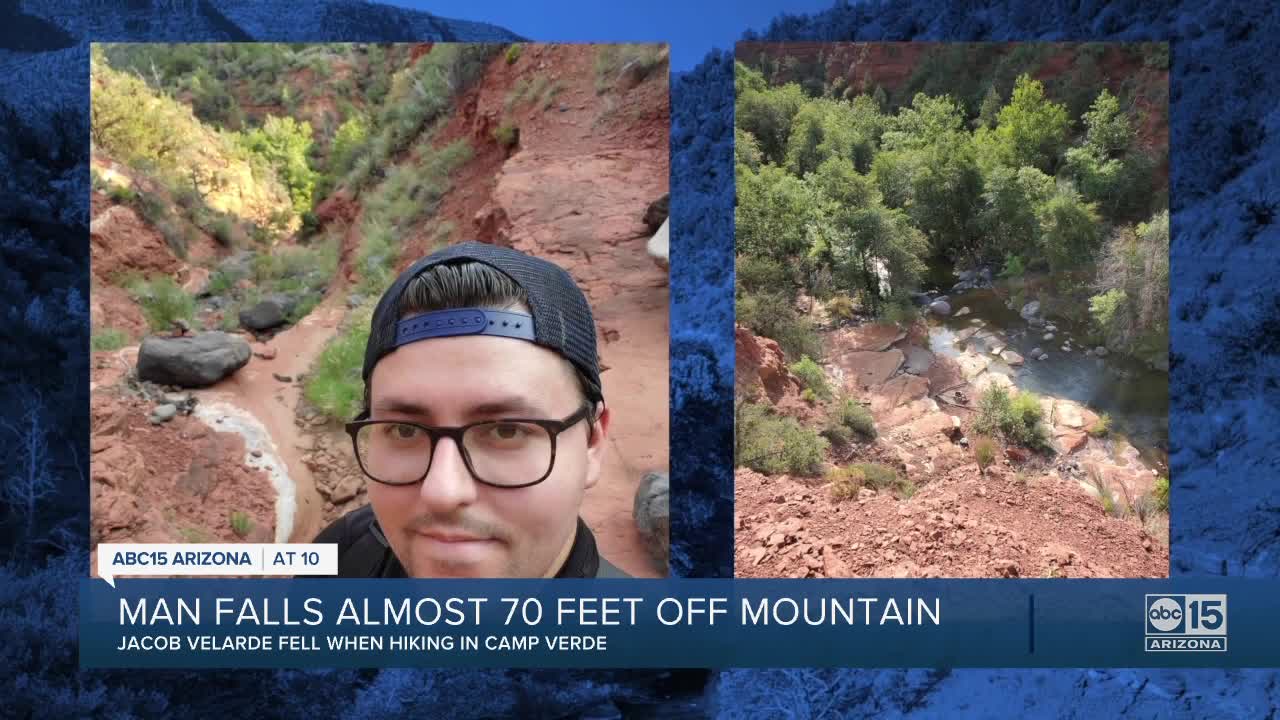 A Valley man is recovering after falling nearly seven stories off a mountain in northern Arizona. 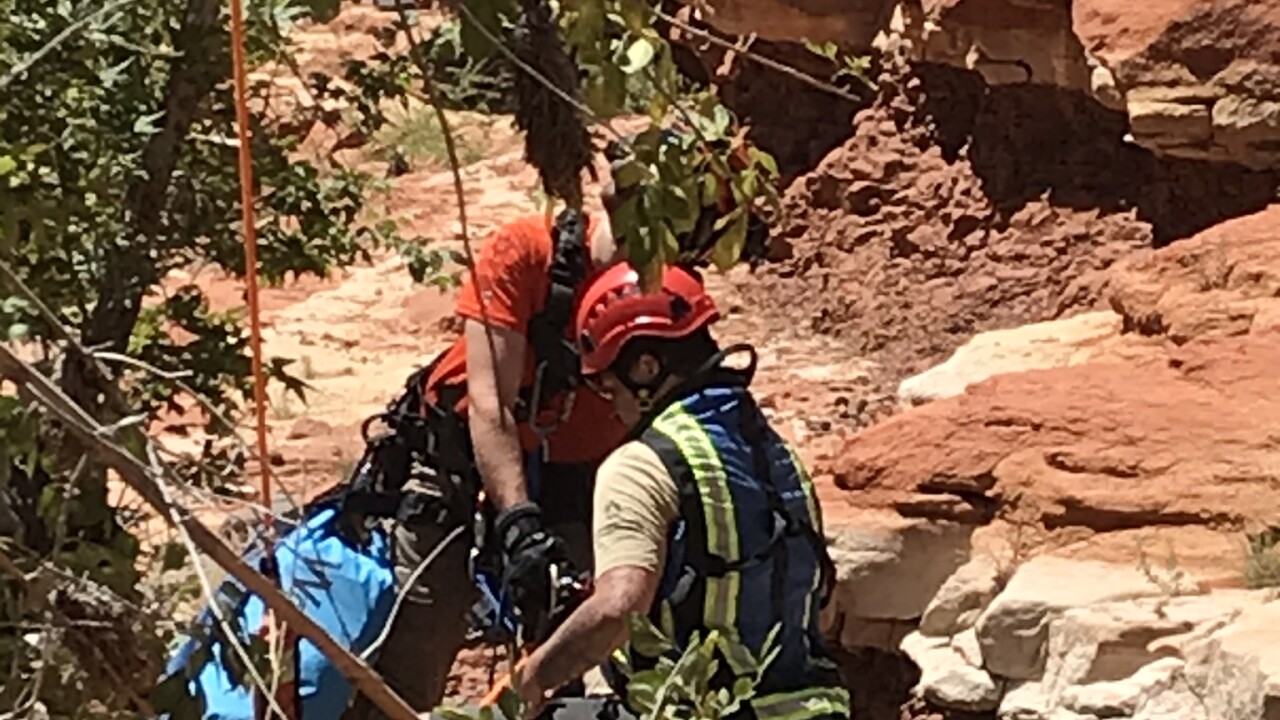 CAMPE VERDE, AZ — A Valley man is recovering after falling nearly seven stories off a mountain in northern Arizona.

Jacob Velarde, 24, was hiking alone near Camp Verde Tuesday morning when he tried to lift himself onto a nearby ledge. The ground beneath him gave way, and around 8 a.m. Velarde fell 50 to 70 feet down the side of the mountain, suffering multiple injuries.

"I thought, certainly this is the end in that moment," Velarde remembered as he started to assess the situation. "'Am I going to get out the canyon? No, because my legs hurt and my arms hurt and I get dizzy.' I knew I had a concussion right away, you know just because of the dizziness."

Velarde suffered a broken nose, ankle, and orbital bone. He said he also suffered a skull fracture and concussion from the fall, along with many cuts and scrapes to his body.

Originally hiking with his brother, Velarde said his brother decided to turn back about a mile into the hike and wait for him in the car. Velarde wasn't expecting to be back until the next day, 29 hours from when he fell.

Velarde had his phone, a first aid kit and some other camping supplies with him. He fell near a creek, and was able to crawl to the water and use a water filter to stay hydrated. He found shade, and was able to survive by periodically crawling back to the creek for water and to cool off.

"I survived the fall. I wasn't going to let anything else kill me," said Velarde. "I was just counting down the hours until my brother would call somebody."

The next morning, nearly 24 hours after his fall, Velarde was found by a family hiking nearby who called for help. He was airlifted by helicopter out of the canyon.

"I was being a little bit reckless, to be honest. I should have played it as safe as possible," said Velarde. "It's a miracle that I lived."

Ironically, Velarde took a photo of the creek and canyon bed just minutes prior to falling and landing on the exact same spot.