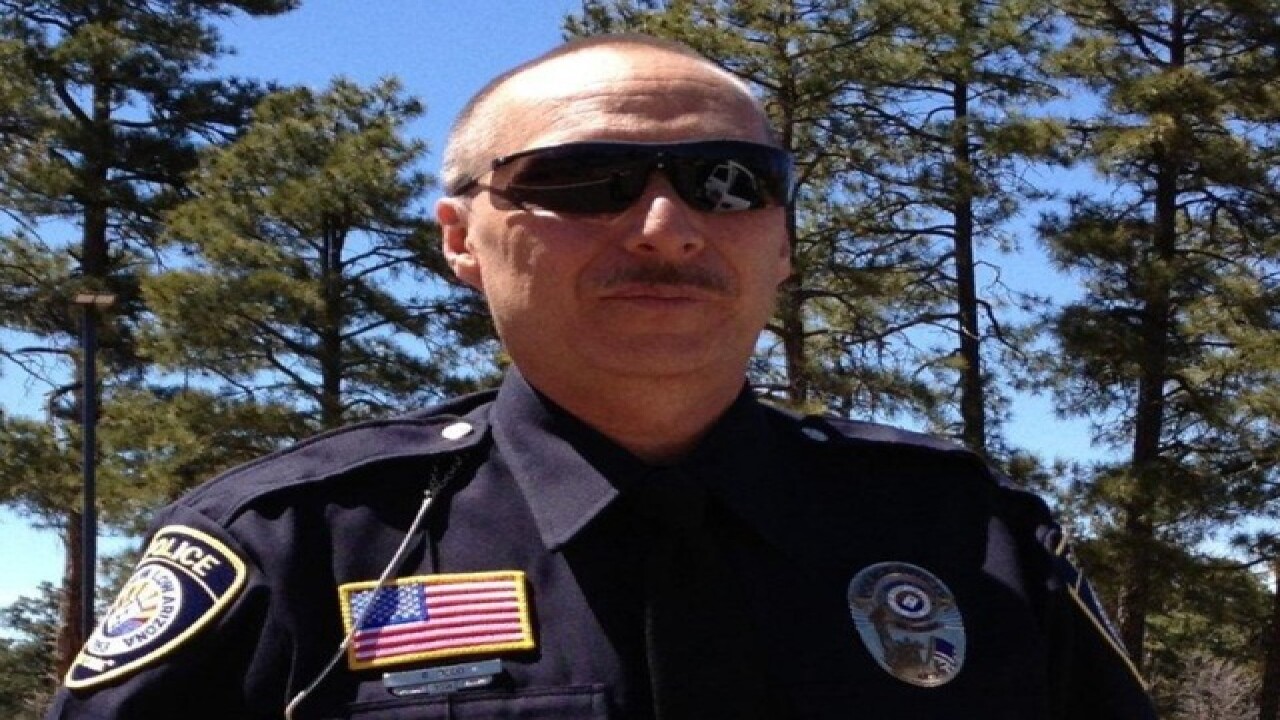 Authorities say the man suspected of killing a Show Low officer Tuesday afternoon was shot and killed after a barricade situation.

The Arizona Department of Public Safety confirmed the Blue Alert issued for 36-year-old Daniel Erickson had been canceled, as law enforcement had him barricaded inside a cabin in the Pinetop-Lakeside area.

According to the City of Show Low, Erickson had a 15-year-old girl who he had taken hostage.

After six and a half hours of negotiation, Erickson reportedly sporadically fired a gun at officers and officers returned fire, killing him.

The 15-year-old girl was safely located and taken to the hospital for evaluation.

DPS says a Show Low officer was shot around 1:30 p.m. at the Arby's near Deuce of Clubs and Central Avenue. The officer, later identified as 50-year-old Darrin Reed, was hospitalized in critical condition but later died.

He had been with the Show Low Police Department since 2006 and before that, served the Navajo County Sheriff's Office.

Reed leaves behind a wife, son and daughter.

"Officer Reed was not only a husband, a father and a police officer; he was a member of our community who will be sorely missed," the City of Show Low said in a Wednesday morning media release.

It is with a heavy heart we announce SLPD Officer Darrin Reed has passed away.

Our thoughts are with his family and fellow officers. pic.twitter.com/xwhHzilltm

The shooting spurred a statewide search for Erickson.

Armed & Dangerous! DO NOT APPROACH pic.twitter.com/6ALztVH23U

The Show Low Unified School District was on a modified lockdown for a little over an hour as a precaution in the immediate aftermath of the shooting. They went into the lockdown at the request of the Show Low Police Department around 1:40 p.m.

Stay with ABC15 and abc15.com for updates.