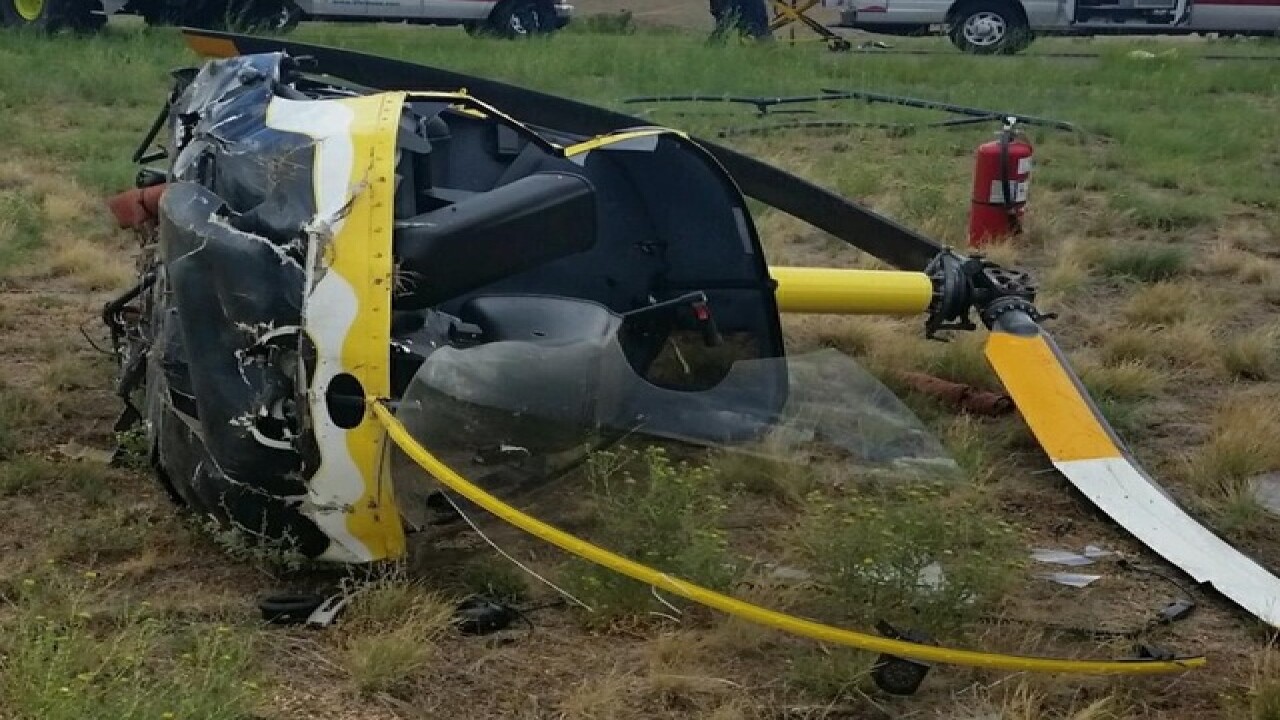 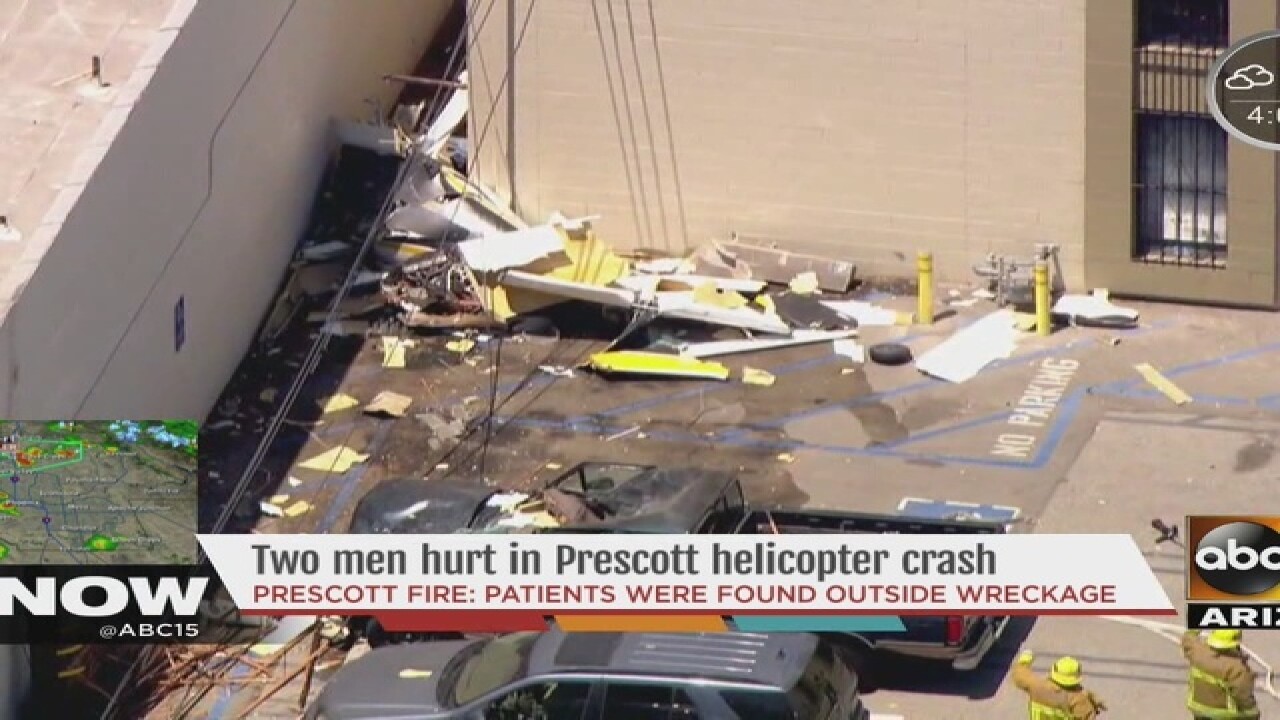 Two people have been transported to the hospital after an incident at an airport in Prescott on Tuesday.

The Federal Aviation Administration said a helicopter rolled over onto its side at Ernest A. Love Field (Prescott Municipal Airport) under “unknown circumstances.”

Prescott Fire said two people on board the plane were transported to the hospital with serious injuries. When crews arrived on the scene they found both people down in the grass outside of the wreckage.

The helicopter is operated by a flight training company from Prescott.

Witnesses told ABC15 they saw the helicopter fall from the sky at an estimated height of 50 feet.