At least one student, driver injured in school bus crash near Prescott 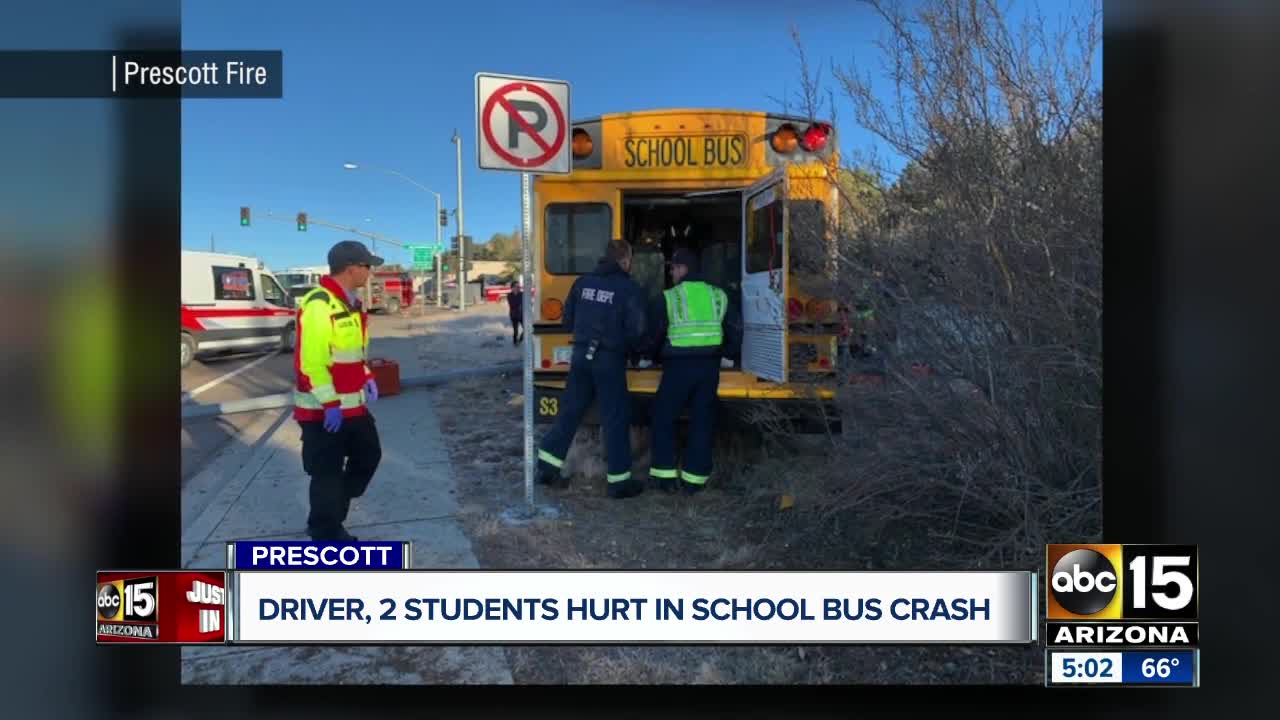 Police say the bus driver reportedly veered off the road about 8 a.m.

PRESCOTT, Ariz — Two students and a bus driver have been taken to a hospital with non-life threatening injuries after a school bus with seven children aboard crashed into a power pole according to a press release from Prescott Police as of 4 p.m. Tuesday evening.

Police say the bus driver reportedly veered off the road about 8 a.m.

Five other students were on the Prescott Unified School District bus at the time of the crash.

Police say the cause of the crash is under investigation but drugs and alcohol were not a factor in the accident.