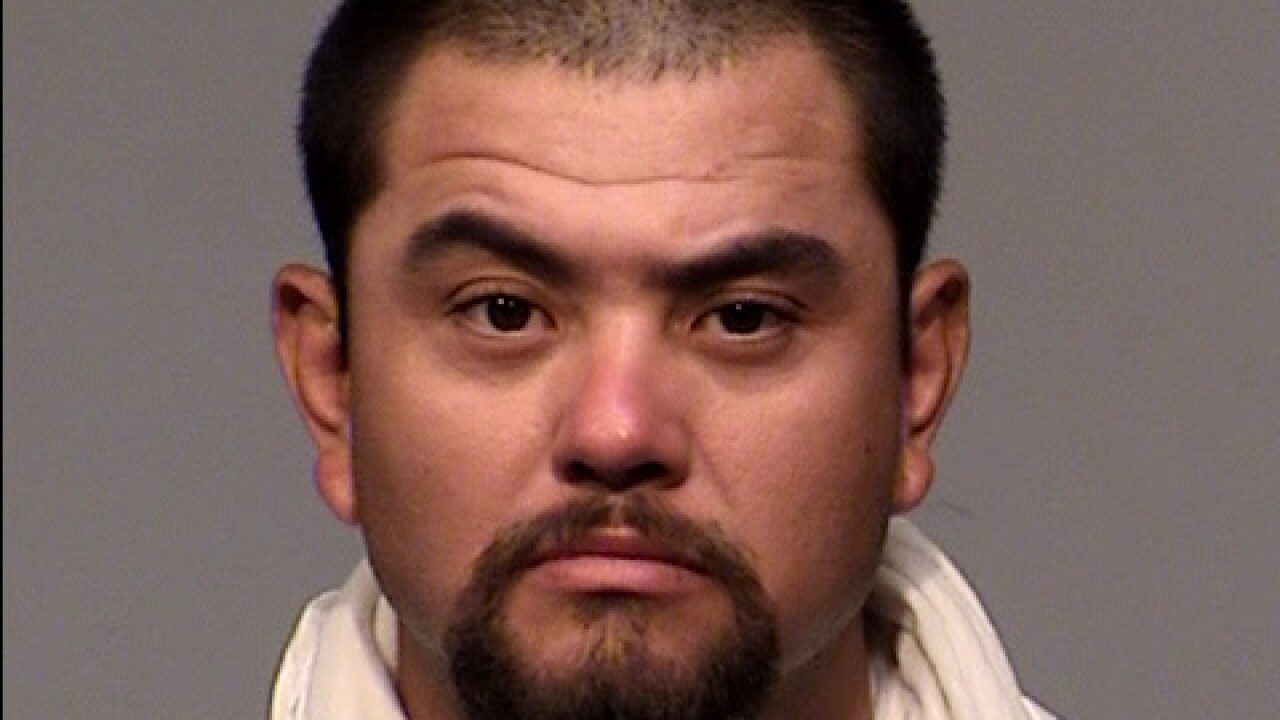 A 75-year-old Arizona woman was rescued by fire and police officials after she used her medical alarm during a home invasion and sexual assault.

According to Cottonwood police, emergency crews responded to a home before 11 a.m. on Sunday after receiving an alert from a medical device.

Fire department officials went to the scene and found the front door unlocked, but barricaded with furniture. They went through the home after not hearing from anyone inside and went to a bedroom where they heard a man slam the door and tell them everything was fine.

However, crews knew the elderly woman at the residence lived alone.

Police were asked to respond and they made entry into the bedroom, finding 35-year-old Humberto Antonio Moreno. He was suffocating the 75-year-old woman but was pulled off of her and arrested.

Police say Moreno broke into the victim's home with a knife and sexually assaulted her. She reportedly was able to activate her medical alert device, prompting officials to respond to her home.

The victim was taken to the hospital for treatment but has since been released.

Moreno was charged with six counts of sexual assault, kidnapping, aggravated assault, sexual abuse and burglary. Additional charges are expected against him.