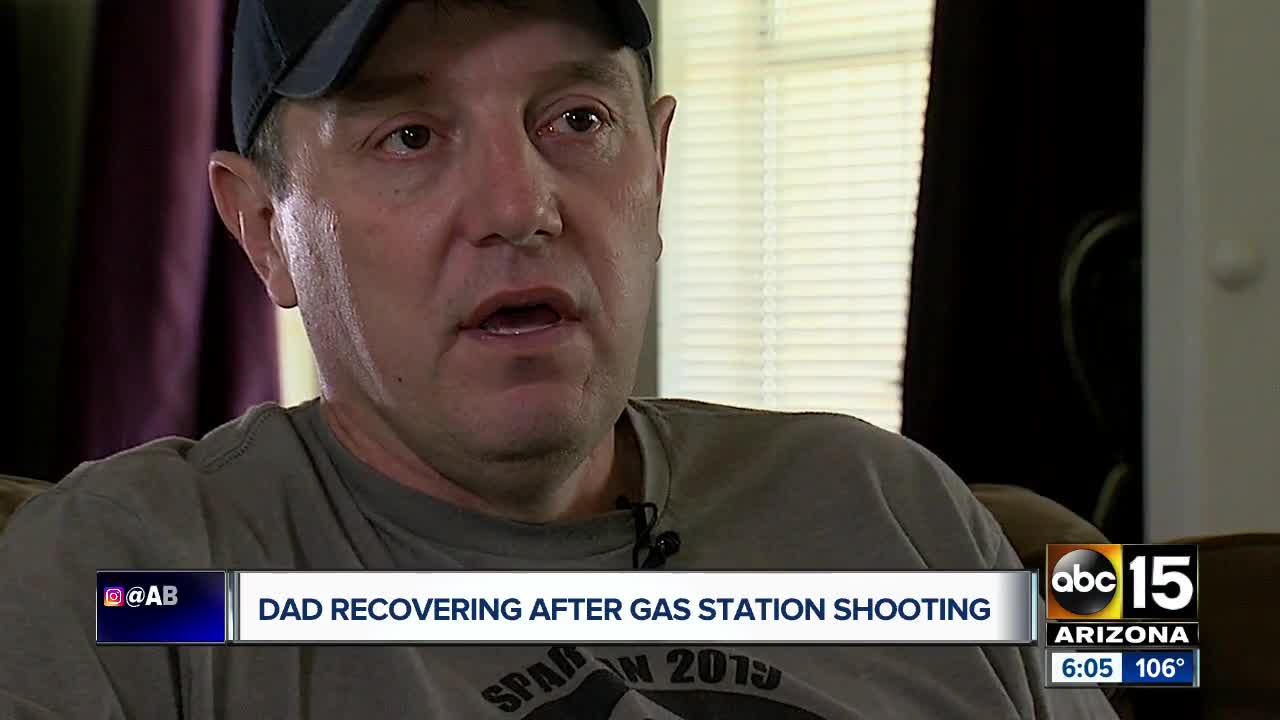 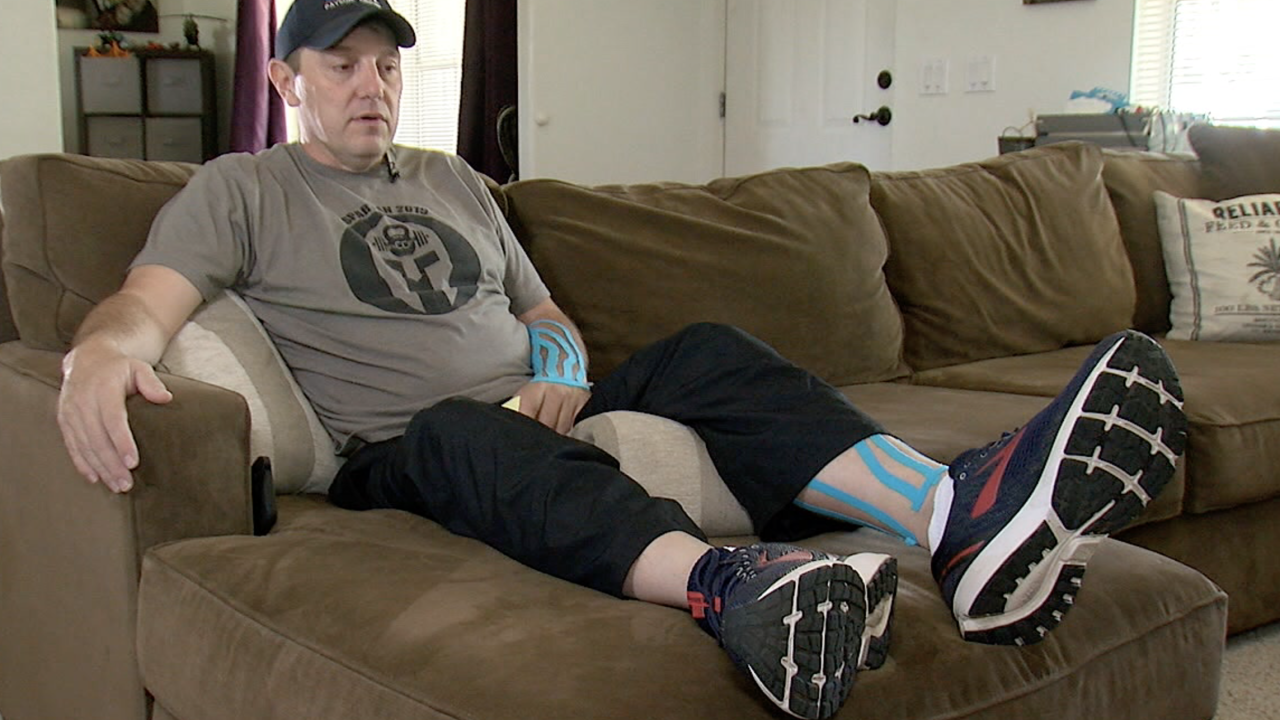 PAYSON, AZ — An Arizona man is out of the hospital and thankful he's alive after he was shot multiple times at a Payson gas station stemming from an apparent disagreement over the pumps.

Cody Newman, 50, told ABC15 he was shot three times but is home and in the process of recovering from his injuries.

"I was able to reach over and hold my wife's hand through the night," Newman said of his first day back from the hospital."That was very important to me. I was very thankful that I was able to do that. That I had more tomorrows. That they weren't gone."

Payson police told ABC15 Newman and the shooting suspect, 35-year-old Samuel McDonnell, apparently got into a disagreement while getting gas at the Giant gas station at 910 S. Beeline Highway just after 9 a.m. on May 7.

"All I'd asked is for him to move forward," Newman said of the moments prior to the shooting. "He had kinda blocked me...I couldn't move forward. So I just kind of asked him to please move forward and there was some words exchanged."

"There was a point there that I'm laying on the ground bleeding ... and I'm thinking to myself, 'I'm going to die at a gas station over gas pumps,'" he said. "I couldn't fathom that."

Newman told ABC15 he has chosen to forgive the person accused of shooting him.

"I forgive this guy," Newman said. "I'm not saying he should go scot-free. I know there's a punishment that he needs to go through but I forgive him. He made a bad choice and he's going to have to live with it but I'm Ok."

Newman is also thankful for the outpouring of support from the community. A GoFundMe page has been set up to help cover medical costs.

"I can't tell you how thankful I am for all the people that have just rallied support around my family," he said.

An athlete, Newman told ABC15 he hopes to recover in time to run in a race in November and is working to stay positive.

"That's something I want to leave with everyone is be thankful for what you have and go and do those little things that you don't think are that important," he said. "Go do that and enjoy life."

McDonnell's case is working its way through the court system. His attorney declined to comment on Tuesday.