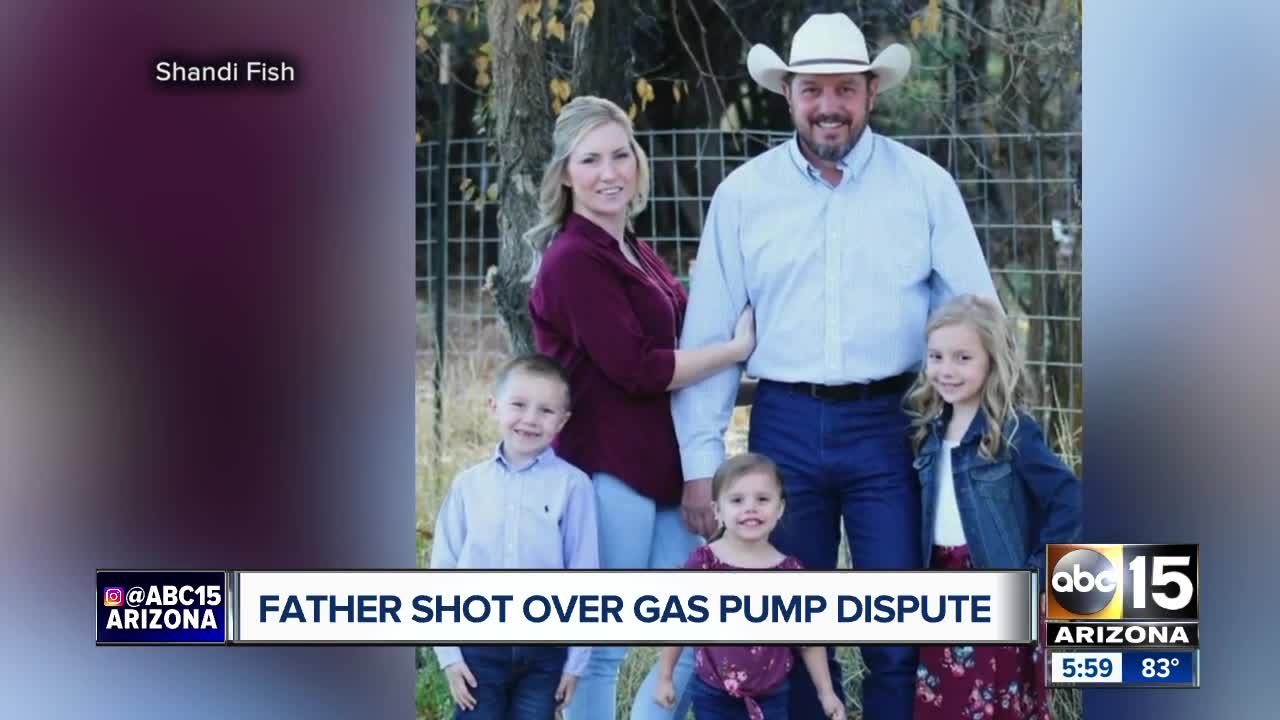 Police say Cody Newman was shot three times at the Giant gas station after getting into an argument with the suspect about which pumps were available. 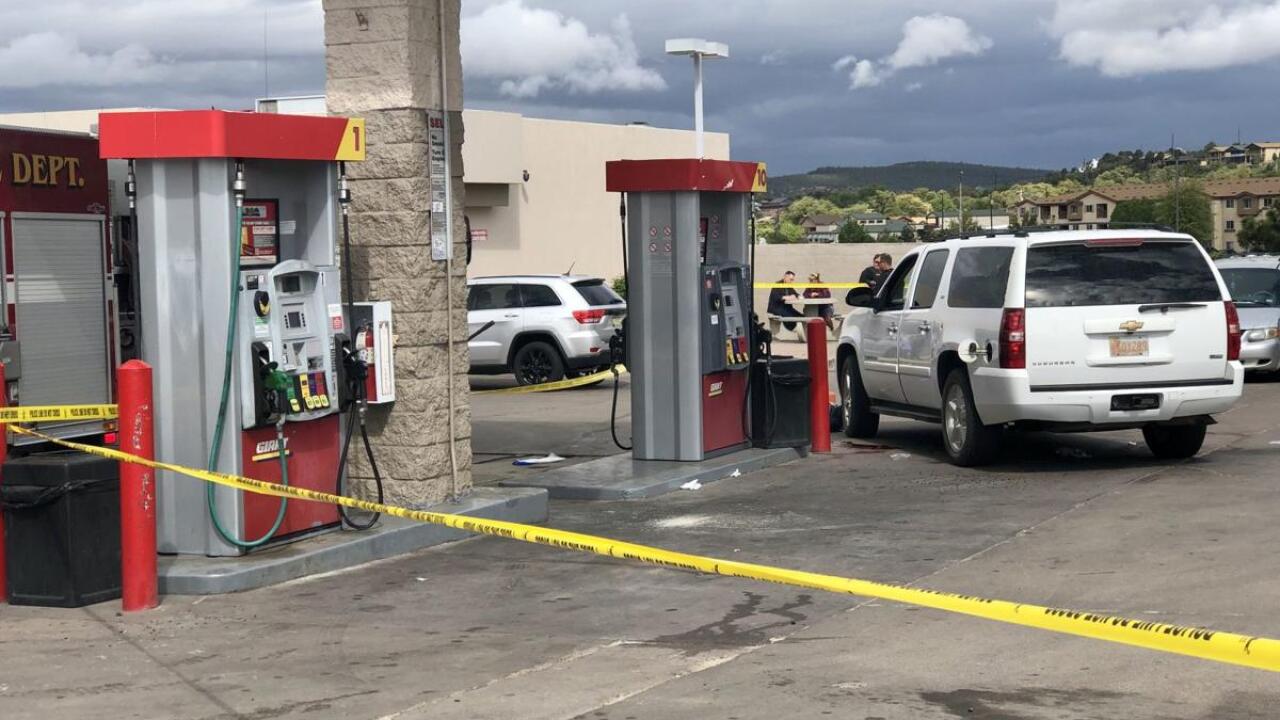 PAYSON, AZ — An Arizona man is recovering in a Valley hospital after he was shot multiple times over an apparent disagreement at a gas station.

Cody Newman, 50, is a father of three and lives near Payson. His wife told ABC15 she was on the phone with him when the incident occurred on Tuesday morning when he stopped to get gas while working in Payson.

"I could just hear a lot of scuffling, it just was really terrifying," said Cody's wife, Christina Newman. "I couldn't feel my fingers...as soon as I heard 'he shot me, he shot me,' I tried to call 911."

Payson police told ABC15 the victim and the shooting suspect apparently got into a disagreement while getting gas at the Giant gas station at 910 S. Beeline Highway just after 9 a.m.

"He and the victim had a disagreement over which pumps were available," said Payson Police Chief Don Engler.

"We just appreciate all the love and support," Newman said of the response she's seen from the community.

Newman described her husband as a funny and outgoing guy, someone who is always looking to help others, and an athlete who had trained and was looking forward to taking part in an upcoming Spartan Race. Instead, he remains in the hospital.

"I'm just glad that he's alive and he gets to hug and kiss his kids again," Newman said.

A GoFundMe page has been set up to help Cody Newman. Another fundraiser is also planned.

The suspect, Samuel McDonnell, declined ABC15's request for a jailhouse interview. According to Payson Police, he was booked into the Gila County jail for attempted homicide and two counts of aggravated assault.