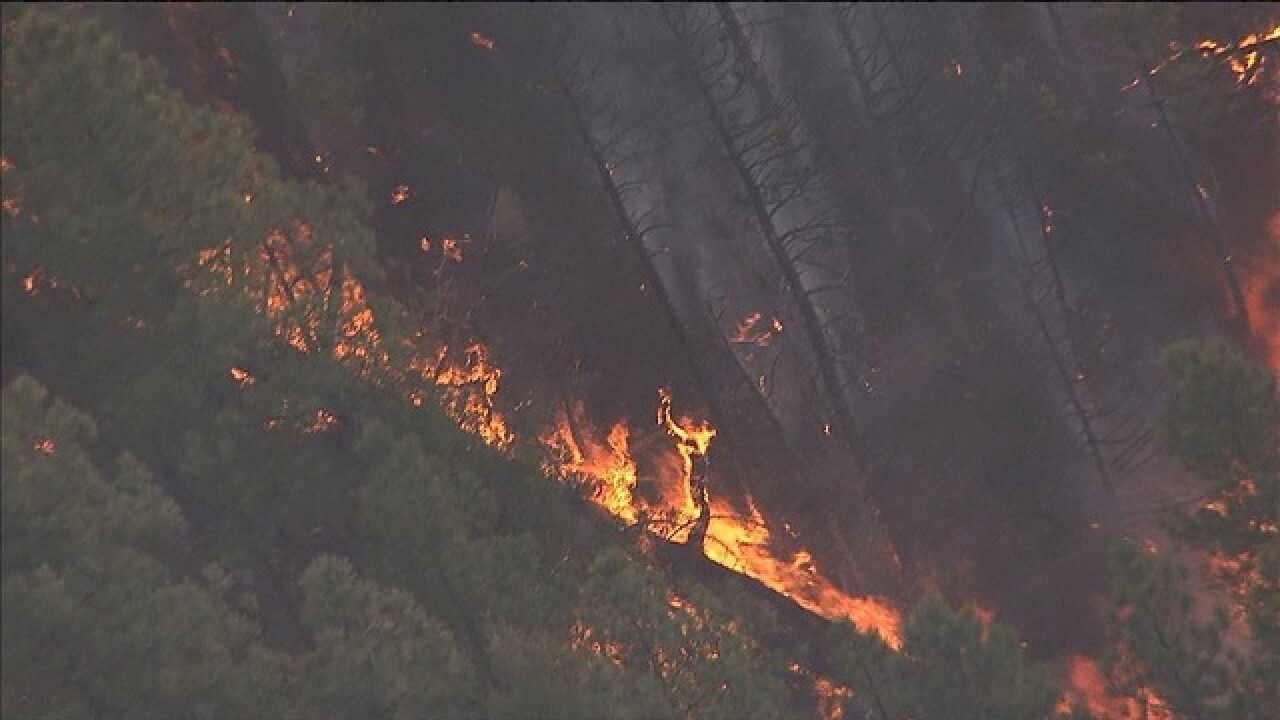 Evacuation orders have been lifted for hundreds of homes in north-central Arizona that were threatened by a wildfire that destroyed about 33 residences and 54 minor structures.

Fire managers say in a statement Friday night that the Tinder Fire near Clints Well about 50 miles south of Flagstaff has burned an estimated 15,841 acres of forest and was 79 percent contained.

Firefighters have containment lines around about half of the fire, which is near areas with vacation cabins and other residences.

Coconino County officials said the re-entry process was a success for Tinder Fire affected Blue Ridge area residents. Highway 87 has been reopened, but the Coconino National Forest area will remain closed with the Tinder Fire continues to burn.

Officials are also advising caution for returning evacuees and people visiting as soot, ash, nails, and debris are still present in the area.

More than 400 firefighters and other personnel are assigned to the fire which authorities say was started April 27 by an abandoned illegal campfire.

In February, Governor Doug Ducey announced that because of Arizona's record dry winter conditions he was doubling his request from $1 million to $2 million for fire prevention funding, including to remove hazardous vegetation that can serve as fuel for flames.

Forestry and Fire Management officials told ABC15 in March that they expect wildfire season to start early and to be pretty active.

The governor says the majority of Arizona's wildfires are caused by people's activities, such as dragging trailer chains that can spark.