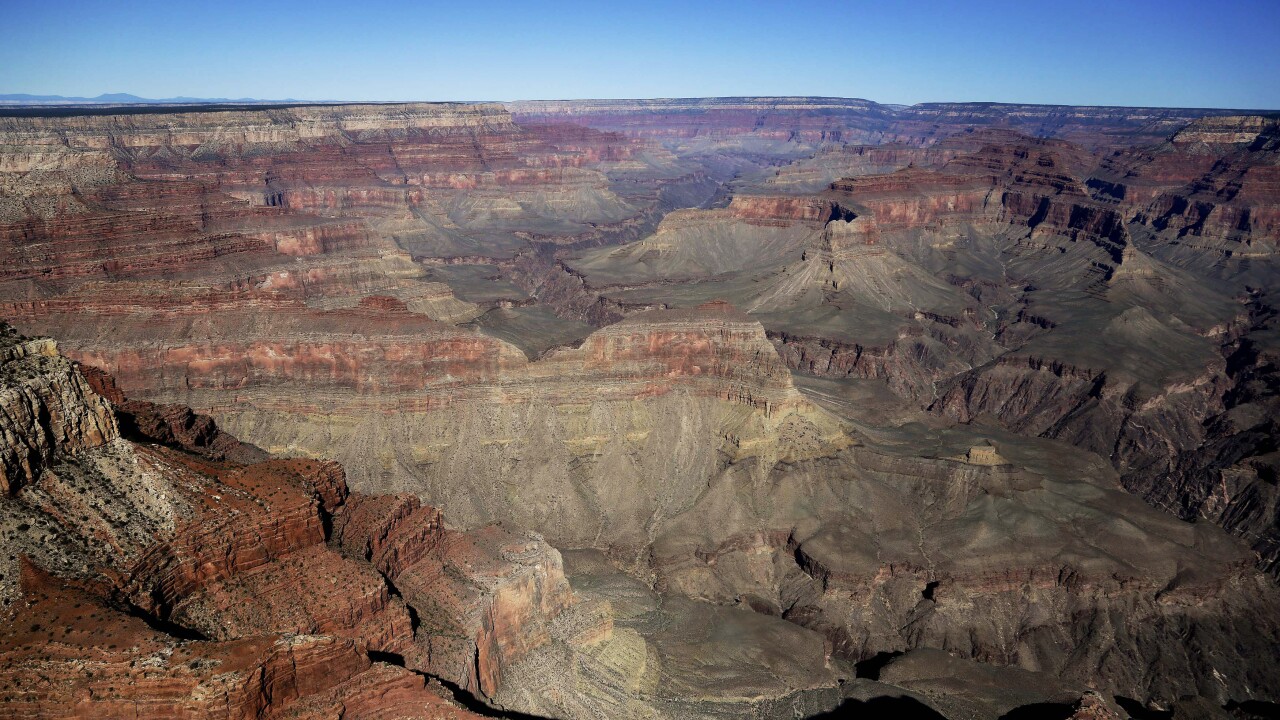 Julie Jacobson/AP
FILE - In this Oct. 5, 2013 file photo, the Grand Canyon National Park is covered in the morning sunlight as seen from a helicopter near Tusayan, Ariz. An attorney for Grand Canyon superintendent Christine Lehnertz says her future at the national park is up in the air. Kevin Evans said Tuesday, March 5, 2019, that he advised Lehnertz not to return immediately to the Grand Canyon after she was cleared of accusations and fully exonerated in a federal investigation. Evans says he's negotiating her employment status with the National Park Service but would not go into detail. (AP Photo/Julie Jacobson, File)

National Park Service officials say they were called to the South Kaibab Trail around 5:30 p.m. on Wednesday after receiving a call about a fatality.

Officials say the victim, 49-year-old Catherine Houe of Daly City, California, was hiking into the canyon to spend the night at Phantom Ranch. She reportedly became dizzy and disoriented, and stopped breathing, according to her family.

The high temperature on Wednesday at Phantom Ranch was about 114 degrees, and officials believe Houe’s death was related to the heat.

An investigation is underway.

Visitors to the Grand Canyon are urged to be prepared for extremely hot temperatures. Temperatures can reach more than 120 degrees in the shade, leading to serious health risks and death.