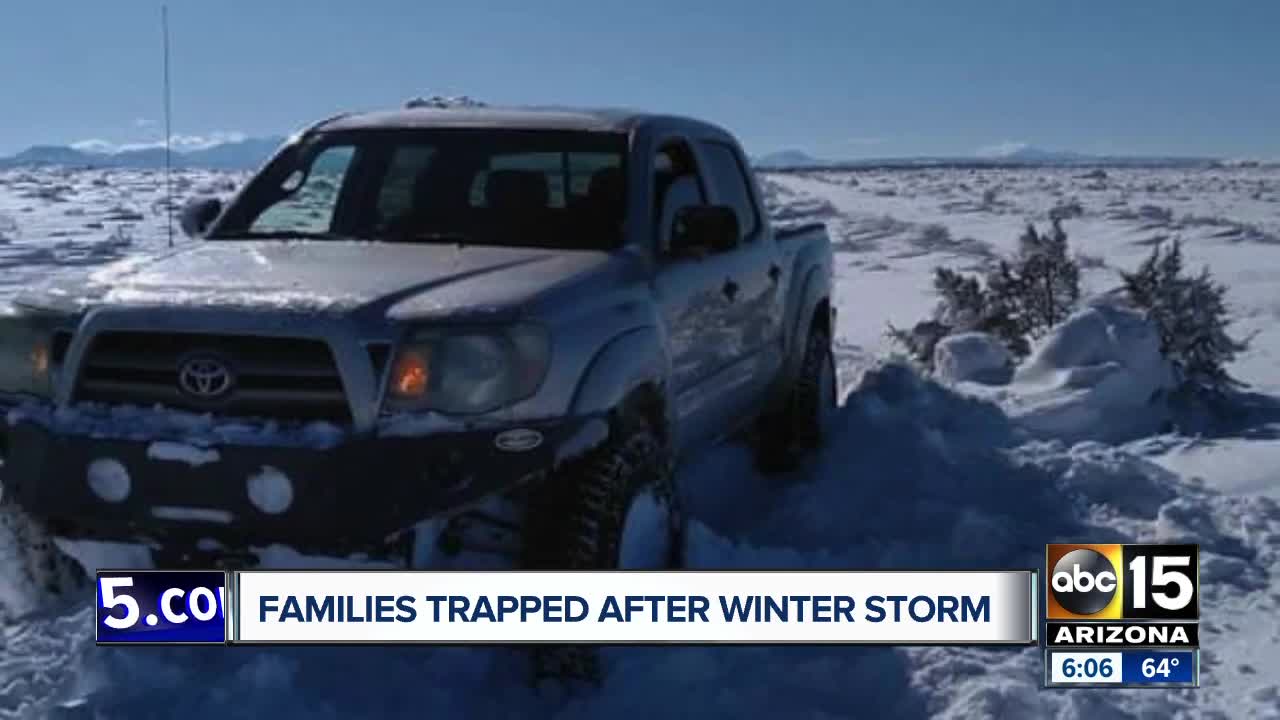 Rural community of Valley stuck in their homes, going on five days with no way to safety. 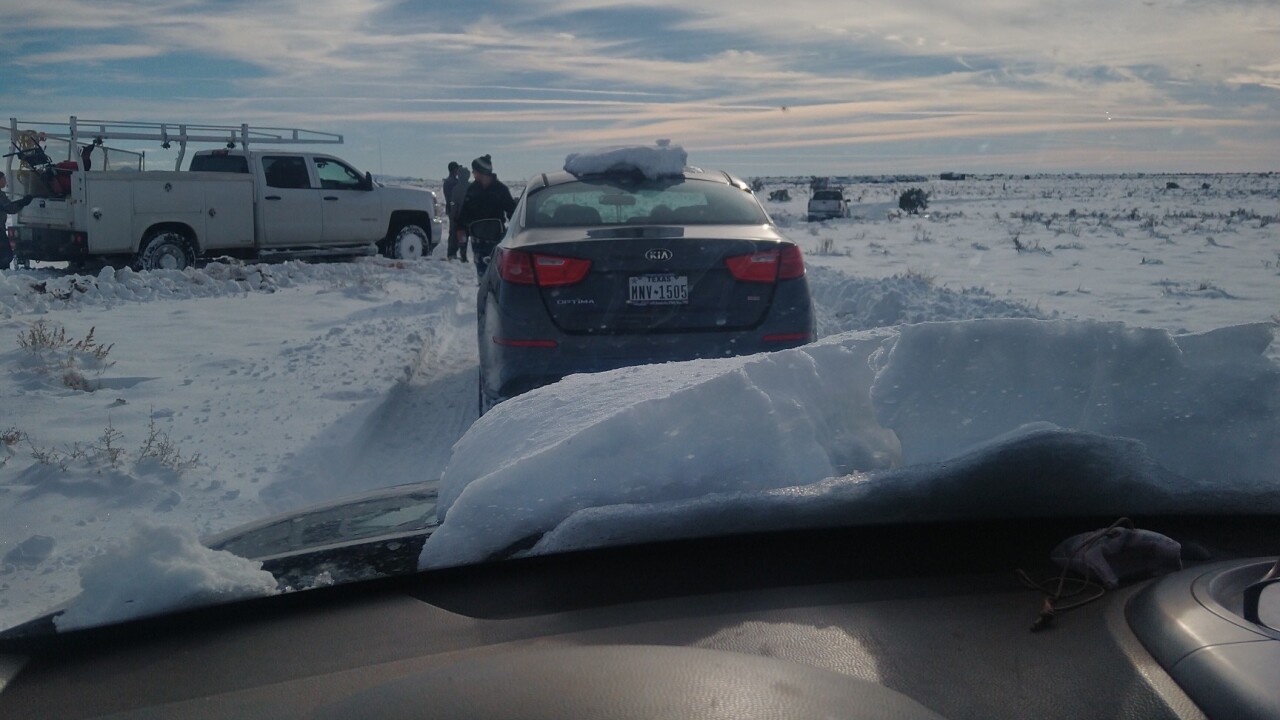 VALLE, AZ — As snow began to fall in the high country last week, a small rural community called Valle near the Grand Canyon was preparing for the impact.

"I planned ahead," said resident Kristina Smith. "I got at least four days worth of fuel for the generator, we charged up everything that we had, we made sure we had batteries for flashlights."

Smith says what was supposed to be just six inches of snow quickly turned into multiple feet, and for a community with unmaintained roads, getting out of the area became impossible.

"We're ok for a while but eventually you start running out of things, it's a risk being out there," said Smith.

As days went by, those living there began running low on food, water, even firewood and propane used to heat their homes.

"I need help. Anyone with a plow in Valle? I live 2.5 miles off 180 off Duey Rd. Out of heat and out of food, been trying to get out for three days now, still can't get out."

"We actually started tearing up furniture because I ran out of wood," said Smith.

She says thankfully a family friend used a large truck with a plow to get her and five children out but she says many more remain stuck.

That's when we got on the phone, calling every agency we could, in an attempt to get them help.

"At this point, we are continuing to respond to calls from folks who are stranded without resources or unable to get out of their homes," said Lt Brian Tozer with the Coconino County Sheriff's Department.

The sheriff's department says they are scrambling first responders to the community. Armed with snowmobiles, plows and trucks, attempting to evacuate everyone who needs it.

"People are running out of firewood for heat or propane, they're low on food or water," said Tozer who added they've been overwhelmed with phone calls from all over the county.

"We've gotten about four times as many calls as we normally would," said Tozer. "Many of these folks were posting on Facebook but did not reach out to us directly, we now have our resources on the way."

The clock is now ticking for those families. Smith says while she is overwhelming thankful for the help on the way, she wonders why it took so long.

"It seems like Valle is just forgotten," said Smith.