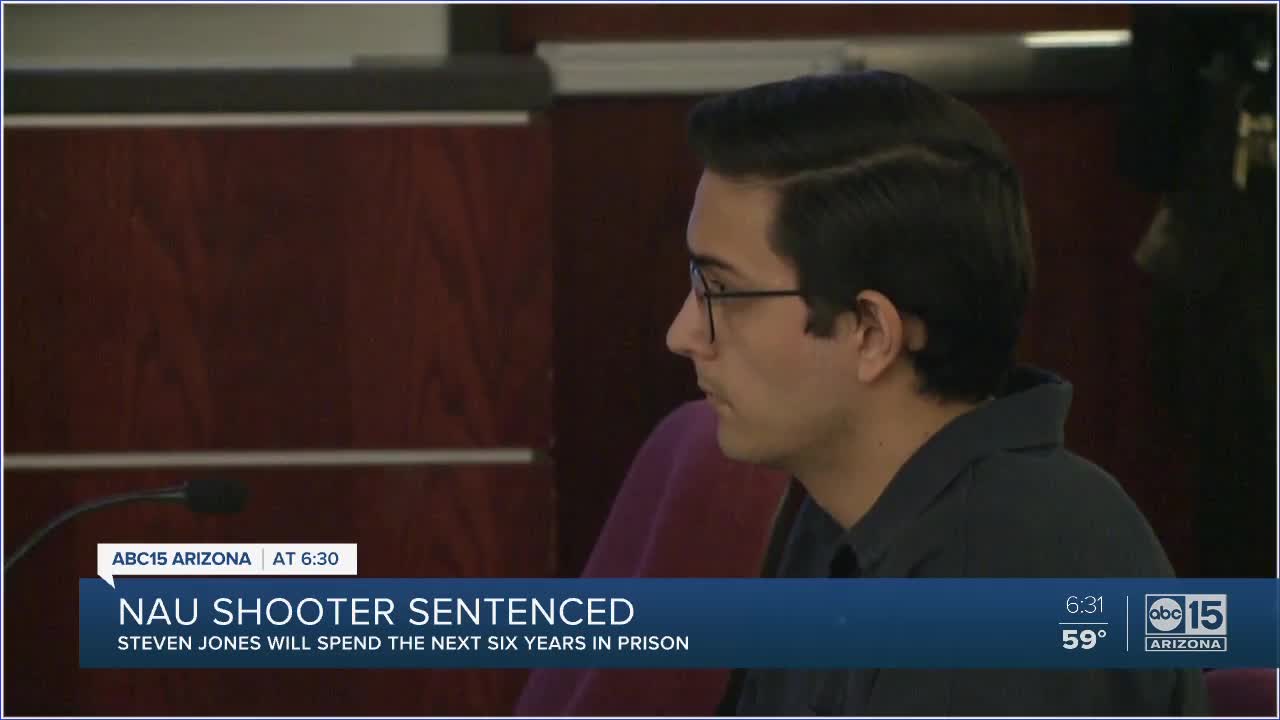 Jones sentenced to six years in prison after he pleaded guilty to manslaughter and three counts of aggravated assault in a 2015 deadly shooting in Flagstaff. 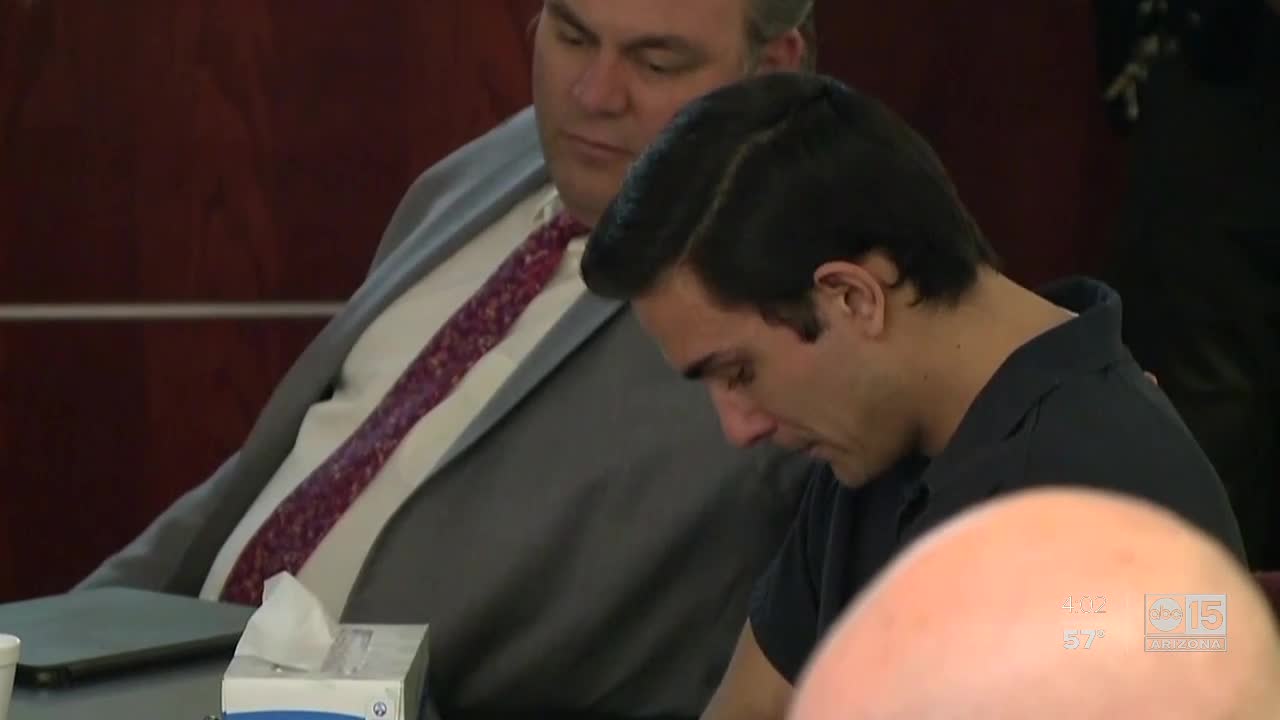 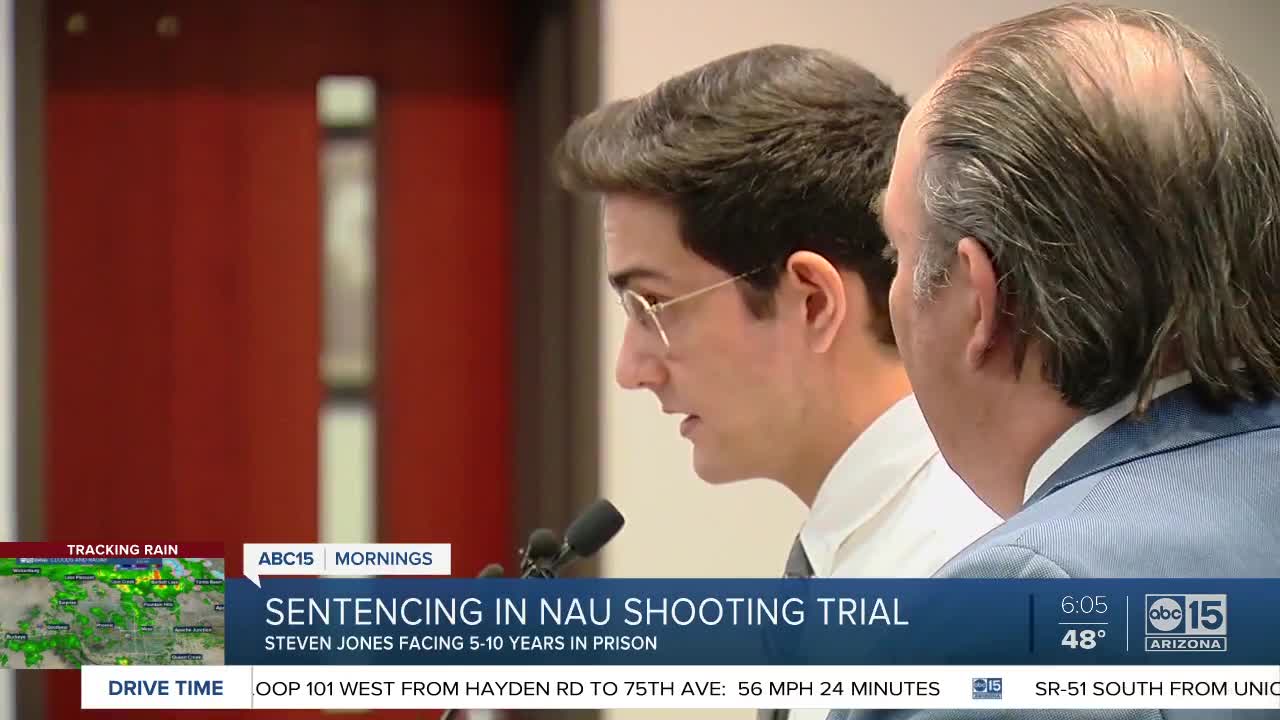 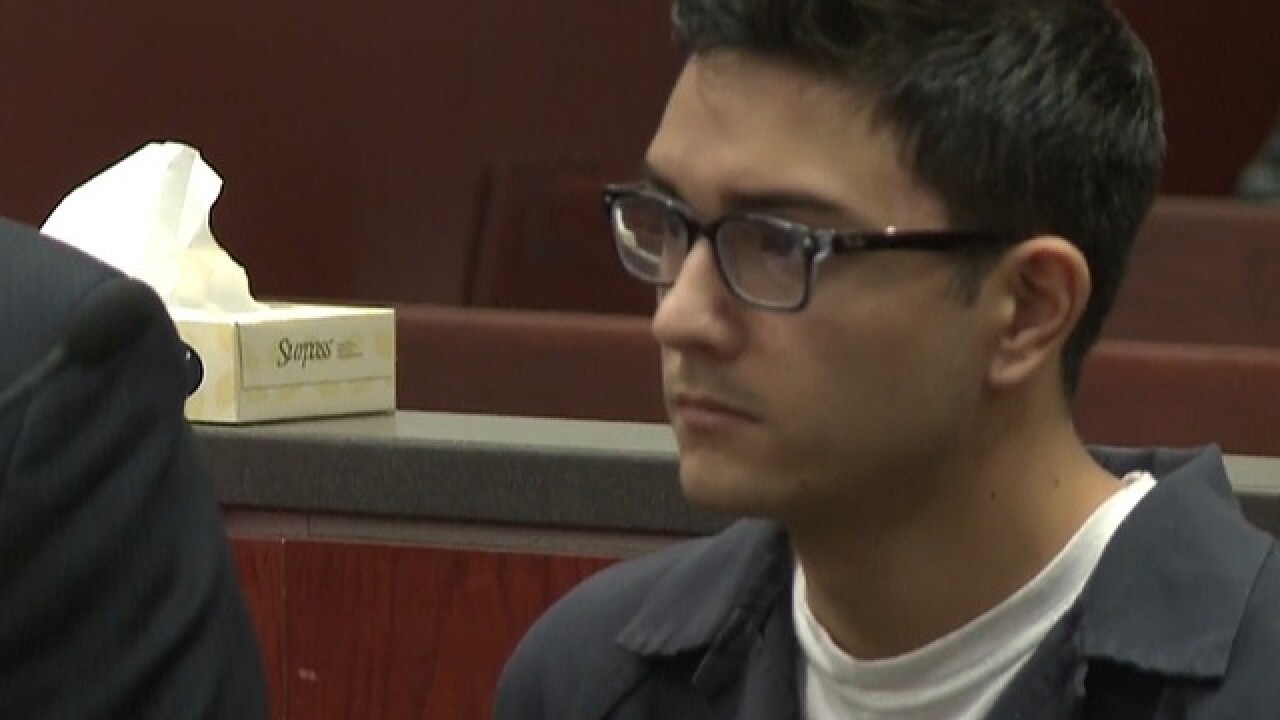 FLAGSTAFF, AZ — A former Northern Arizona University student has been sentenced to six years in prison after he pleaded guilty to manslaughter and three counts of aggravated assault in a 2015 deadly shooting in Flagstaff.

As part of the agreement, Steven Jones must serve at least 85 percent of the sentencing before being considered for release.

Sentencing #breakingnews for #StevenJones - 212 days served, restitution to each victim of $100k max. And Jones will serve a total of 6 years in prison for manslaughter and 5 for agg assault. That’s concurrent for serving purposes. #abc15 pic.twitter.com/qgZJhsdDMr

Jones, a Northern Arizona University student at the time, opened fire on a group of people in 2015 after he says he was attacked over a small prank between two rival fraternities.

The fight started after Jones and two pledges from his fraternity carried out a prank by ringing the doorbell of an apartment and running away. The prank set off a fight between Jones and students in the apartment from a rival fraternity. Jones got punched in the face during the altercation.

Jones had said he went back toward the group and fired his gun, but he didn't mean to hurt anyone. He testified he fired several shots "to stop the immediate threat that was coming at me."

Jones admitted to shooting and killing Colin Brough and wounding three other students but told police he did it out of self-defense. The prosecutors, however, said that Jones could have left the area and did not need to resort to using a weapon.

In a one-on-one interview with ABC15 following the sentencing announcement, Brough's father said he does not forgive Jones and is glad he's behind bars.

"It'll never be over. It's not what we wanted, but he's in prison," Doug Brough said of Tuesday's news.

Jones will receive credit for the 212 days he has already been in custody.