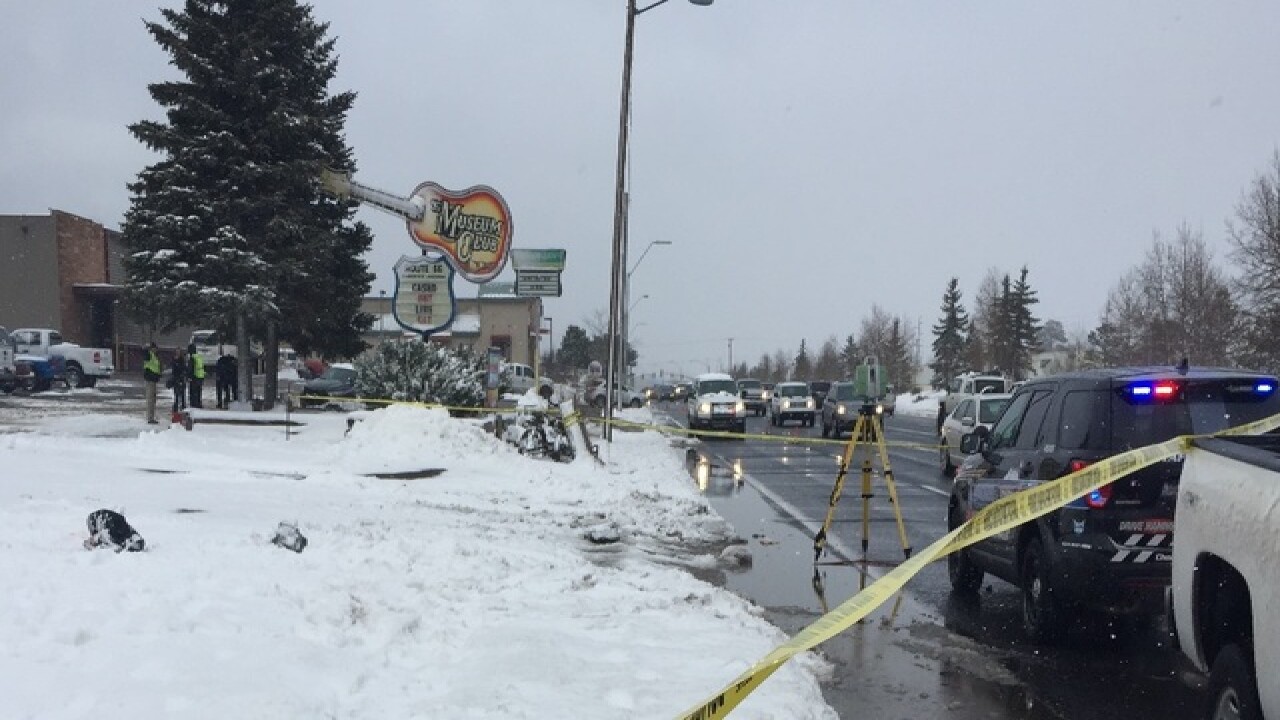 A woman is in critical condition after being struck by a snowplow Friday afternoon during Flagstaff's major winter storm.

The crash happened near the Museum Club off of the Route 66 north of Fourth Street.

As the privately-contracted snowplow driver was backing up and pulling forward in the lot, witnesses saw a woman under the truck and waved down the driver, Flagstaff Fire spokesman Corey Runge said.

Officials have not yet identified the woman.

It is unclear at this time whether or not the driver of the snowplow will face charges. Runge said he was cooperating with investigators at the scene Friday evening.

The Department of Public Safety also announced Friday afternoon that all traffic from the Valley to northern Arizona is discouraged because of the large winter storm that has already started to hit the area.

Officials in Flagstaff have also closed the Flagstaff Mall because of heavy snow.