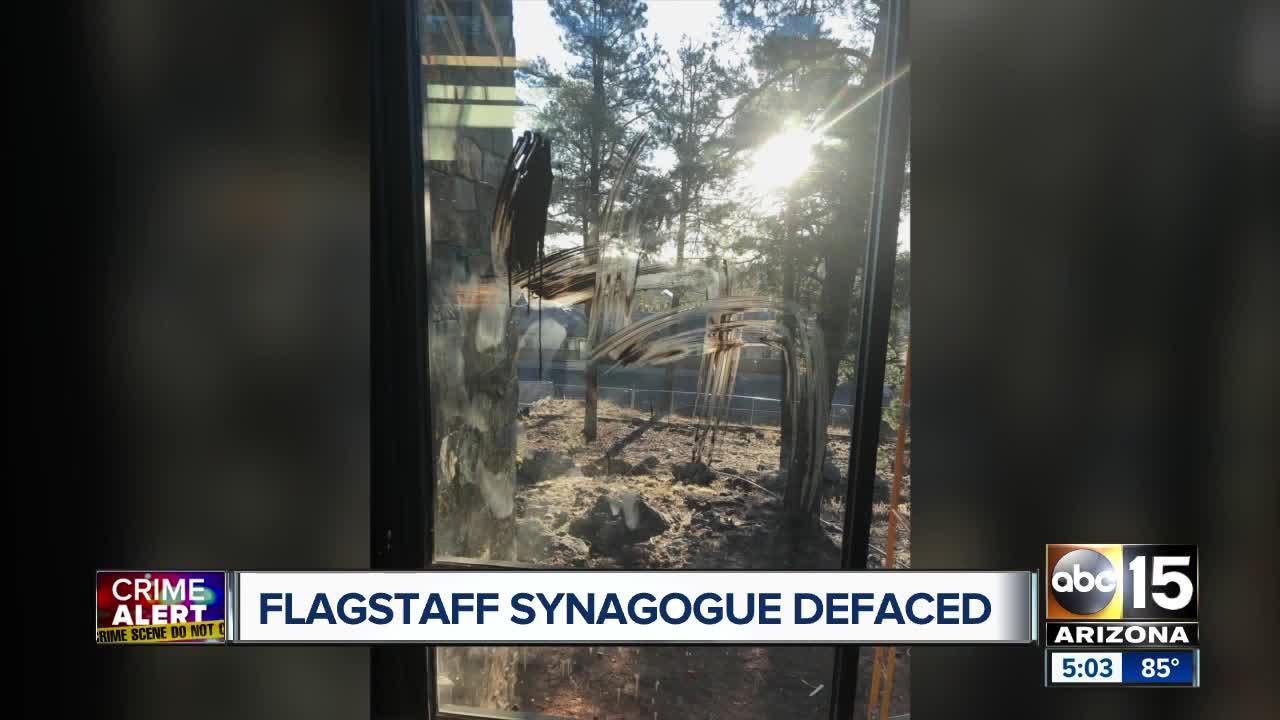 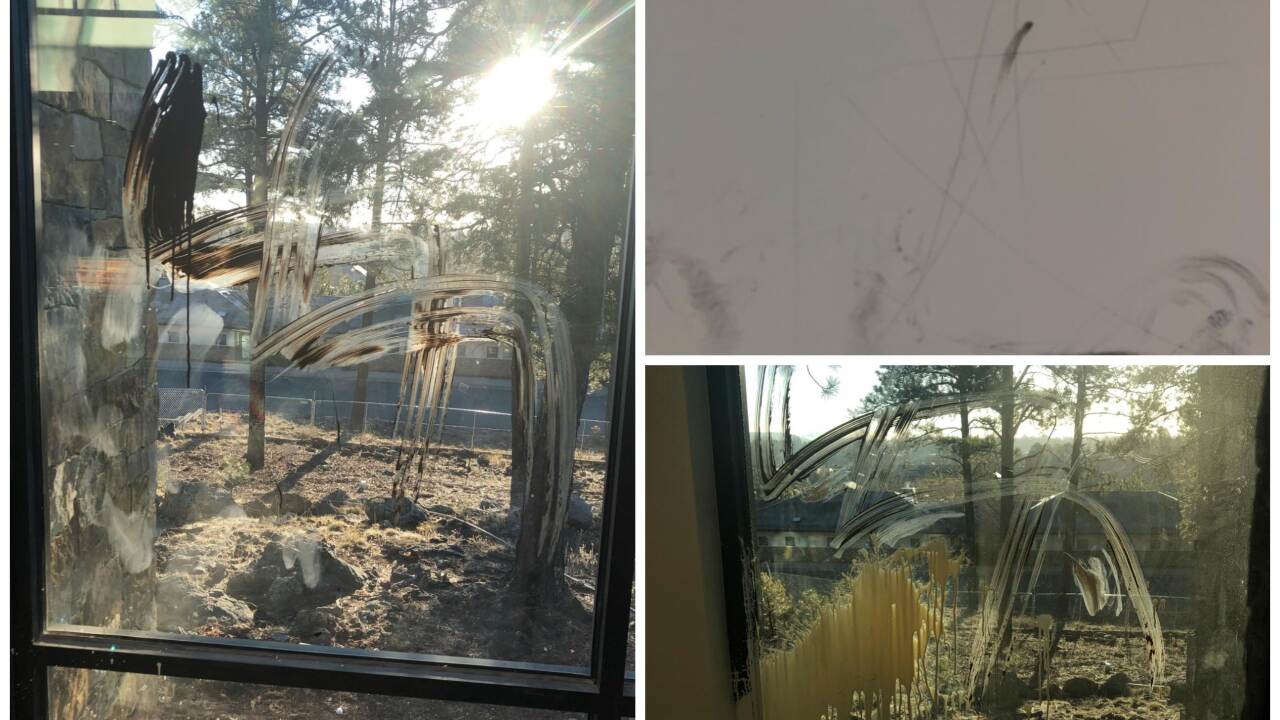 FLAGSTAFF, AZ — A Flagstaff synagogue was defaced last weekend and police are trying to get to the bottom of the hate crime.

Flagstaff Police Department says the incident happened at some point between March 22 and March 25 at the Chabad of Flagstaff Synagogue.

Officials were called to investigate the scene on Monday morning where they located multiple rooms damaged and defaced. There were swastika-like figures carved into the walls, paint cans smashed and dumped on floors and black paint smeared with swastika-like patterns.

Police say power tools were also damaged during the incident.

Officials collected evidence from the scene but they are still looking for the suspects.

At this point, police are investigating it as a hate crime.