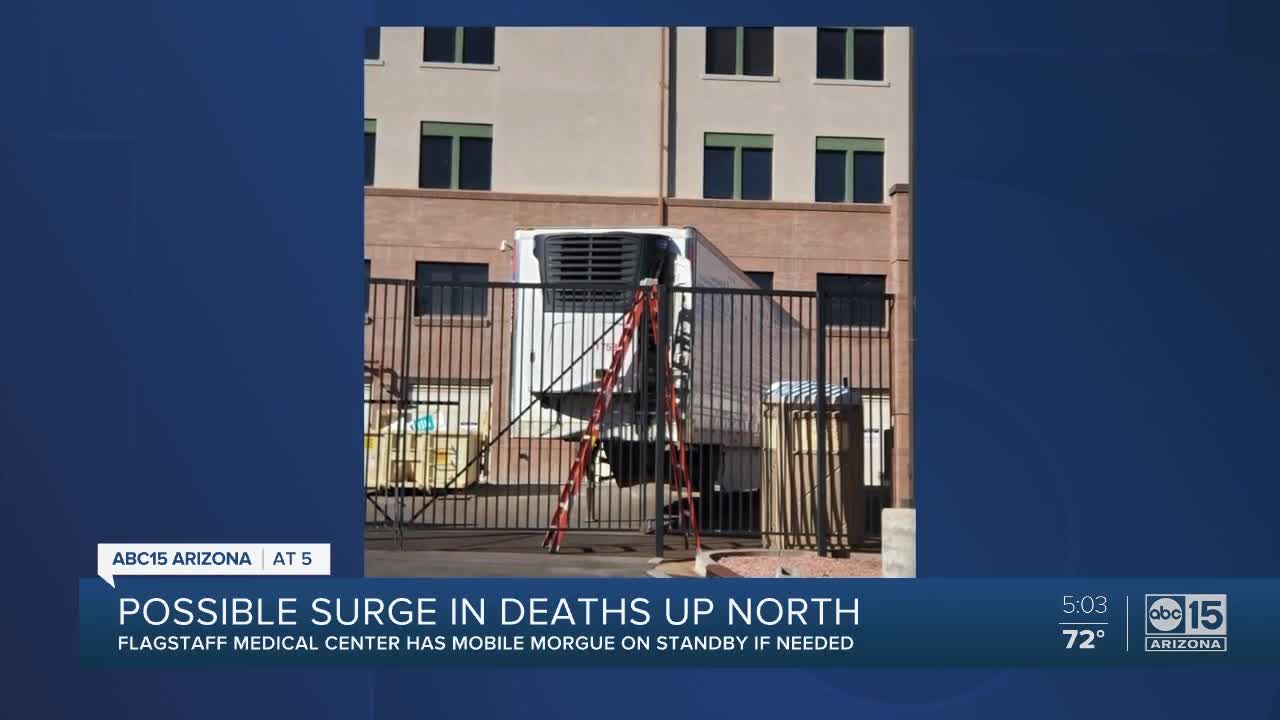 Flagstaff Medical Center is preparing for the worst case scenario and has a mobile morgue on standby if needed. 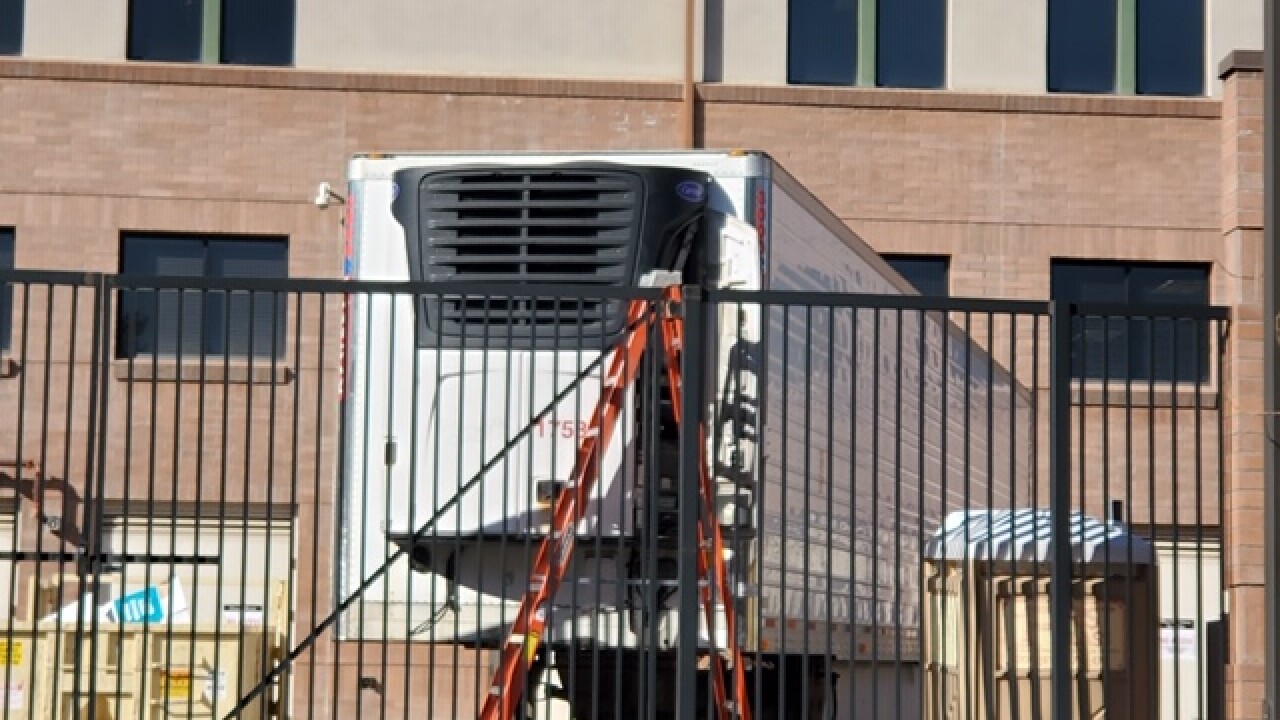 FLAGSTAFF, AZ — A hospital in Flagstaff has brought in a refrigerated truck as a morgue to prepare for dead bodies due to COVID-19.

The Northern Arizona Healthcare network tells us that their Flagstaff Medical Center has brought in the refrigerated unit “in case it is needed.”

“We don’t know if we would need it,” said a representative with Flagstaff Medical Center.

At this time, the hospital has not placed any bodies inside the refrigeration unit, but they want to have the resource.

“We pray to God we don’t have to use it,” said a doctor with FMC.

FMC does not have morgue space so this will be used as a resource if needed.

A representative with FMC tells ABC15 that right now they are not at hospital capacity, but the ICU is at times.

“We’ve had to move ICU patients into other areas of the hospital,” said a member of the hospital’s leadership team, “as well as the pediatric ICU in order to have those patients continue to be cared for.”

FMC would not indicate how many people have died inside their hospital, saying the positive cases are reported in their home county, not the county they’re treated in.