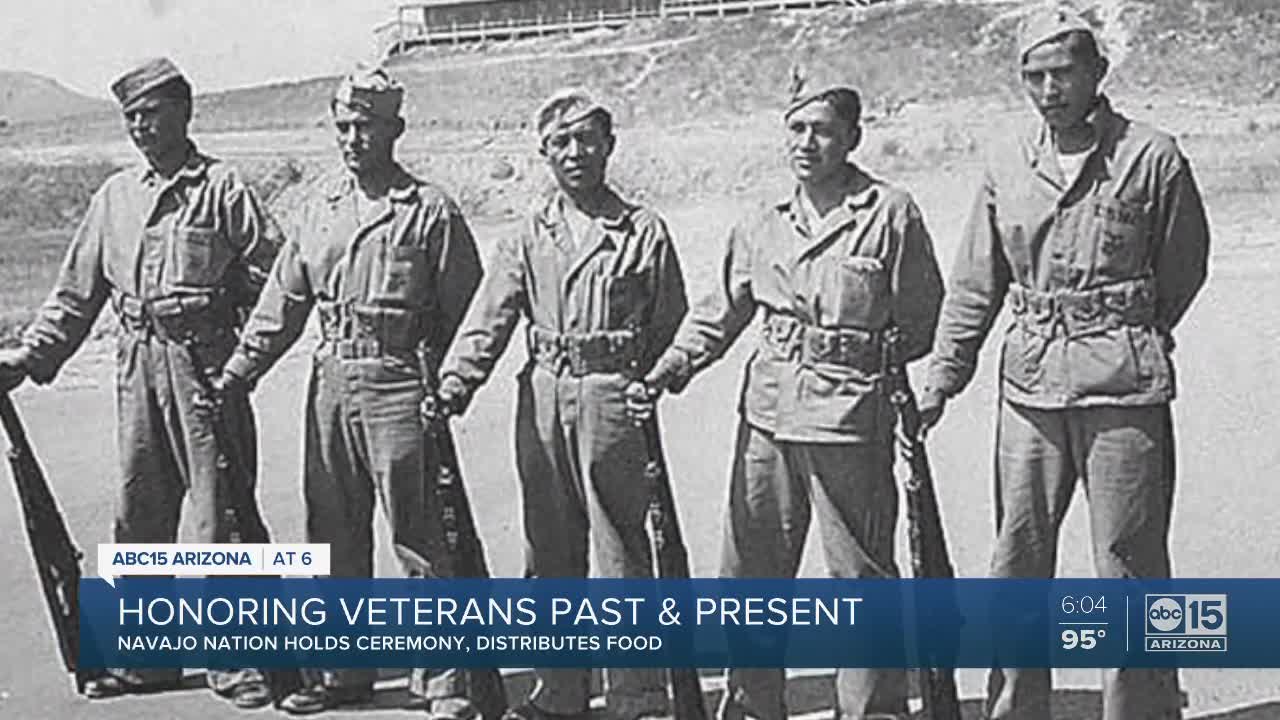 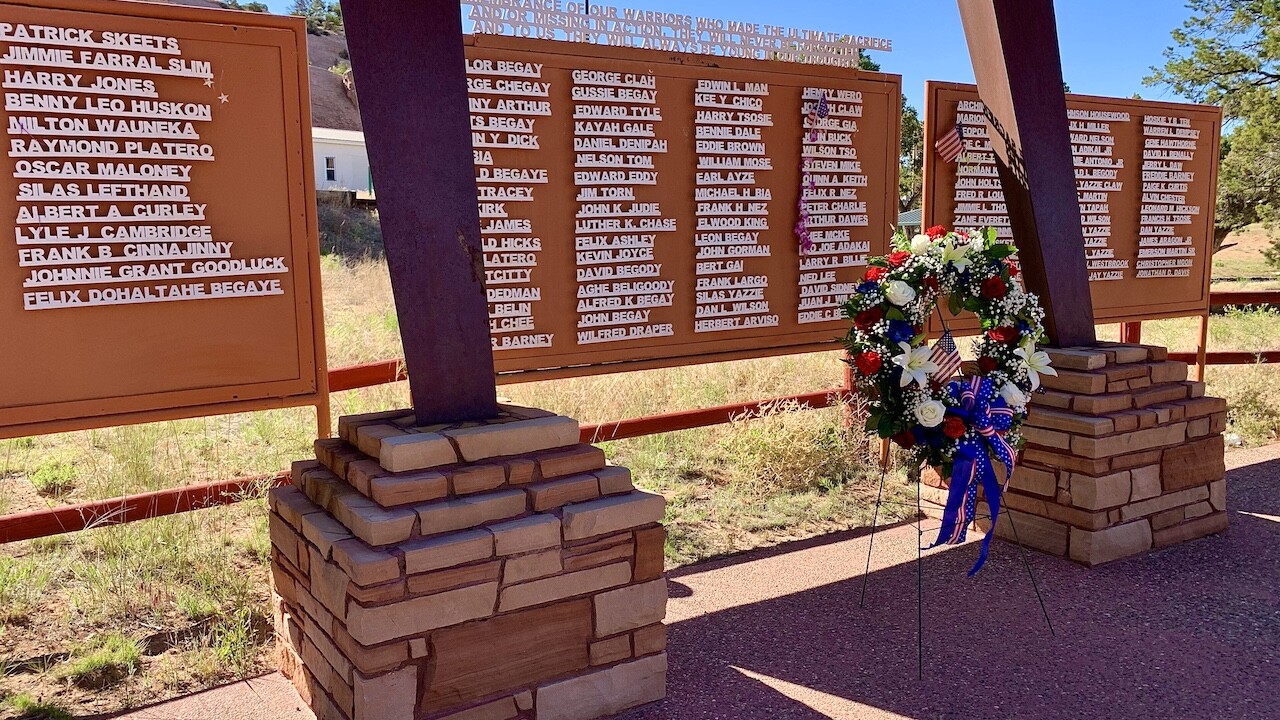 The wreath ceremony commemorated military service members who died or are missing in action.

Due to the coronavirus, the ceremony was live-streamed on the Facebook page of Navajo Nation President Jonathan Nez and Vice President Myron Lizer.

"On Memorial Day, we ask the Navajo people to join us in giving thanks to all Navajo veterans, and we ask you to pray for those who lost their lives and those are still missing in action," said President Nez.

After the ceremony, food was distributed for veterans and their families at the fairgrounds in Window Rock.
Hundreds lined up for the event, with more than 600 boxes of food being handed out by the end of the day, President Nez says.

"The events are a small token of appreciation to show our veterans that we recognize and honor everything they and their families have sacrificed for the freedoms we have today. We invite all veterans to join us for the food distribution to help during the ongoing pandemic," said Vice President Myron Lizer.

There was no person-to-person contact during the food distribution in efforts to limit the spread of the coronavirus.

American Indians have served in the Armed Forces at five times the national average, dedicating their lives with distinction in every major conflict in the last 200 years.

They are now facing a new battle with an invisible enemy.

"Some of our veterans have passed away because of COVID-19 as well, and let's honor their memory," said President Nez. "It's heartbreaking."

From the warriors on the front lines of World War I to the legendary code talkers, Navajo soldiers played a critical part in the very freedoms we enjoy today.

The Navajo Nation has been hit particularly hard by the coronavirus. The Navajo Nation, which is in Arizona, New Mexico and Utah, has the highest per-capita rate of COVID-19 infections in the country.