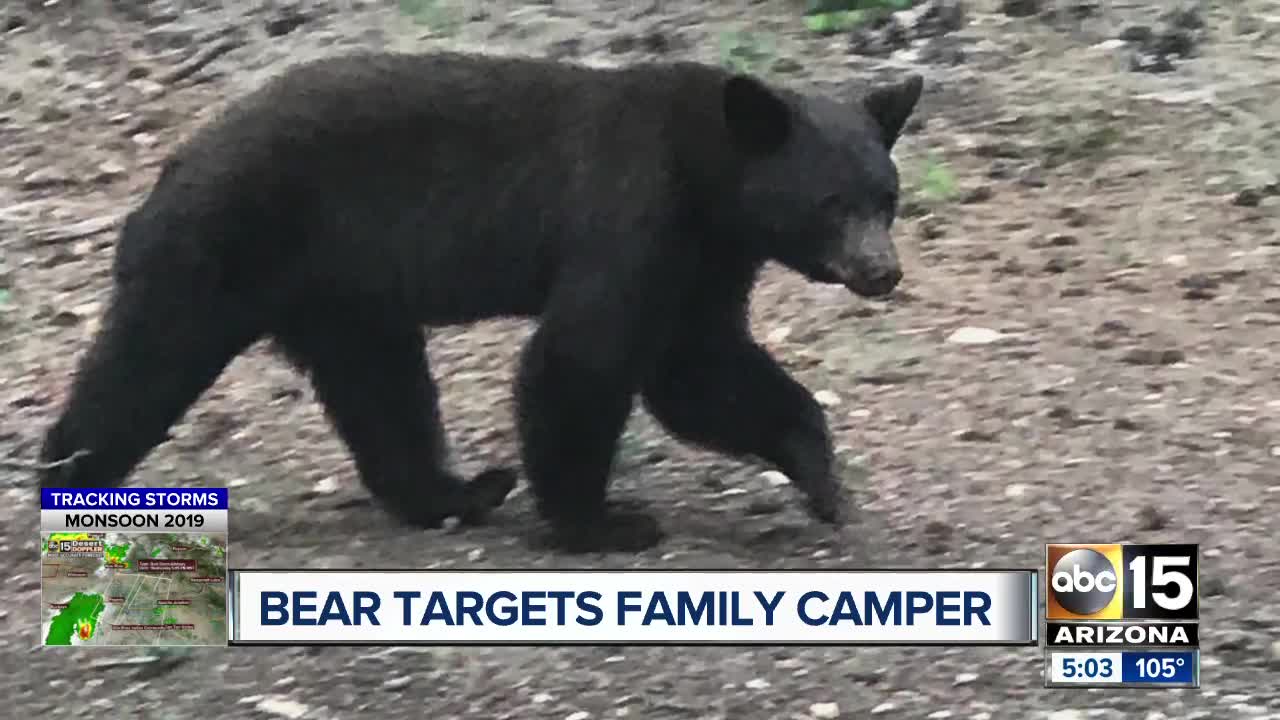 Family camping in Bear Canyon Lake when bear tries to climb in through the top of their trailer. 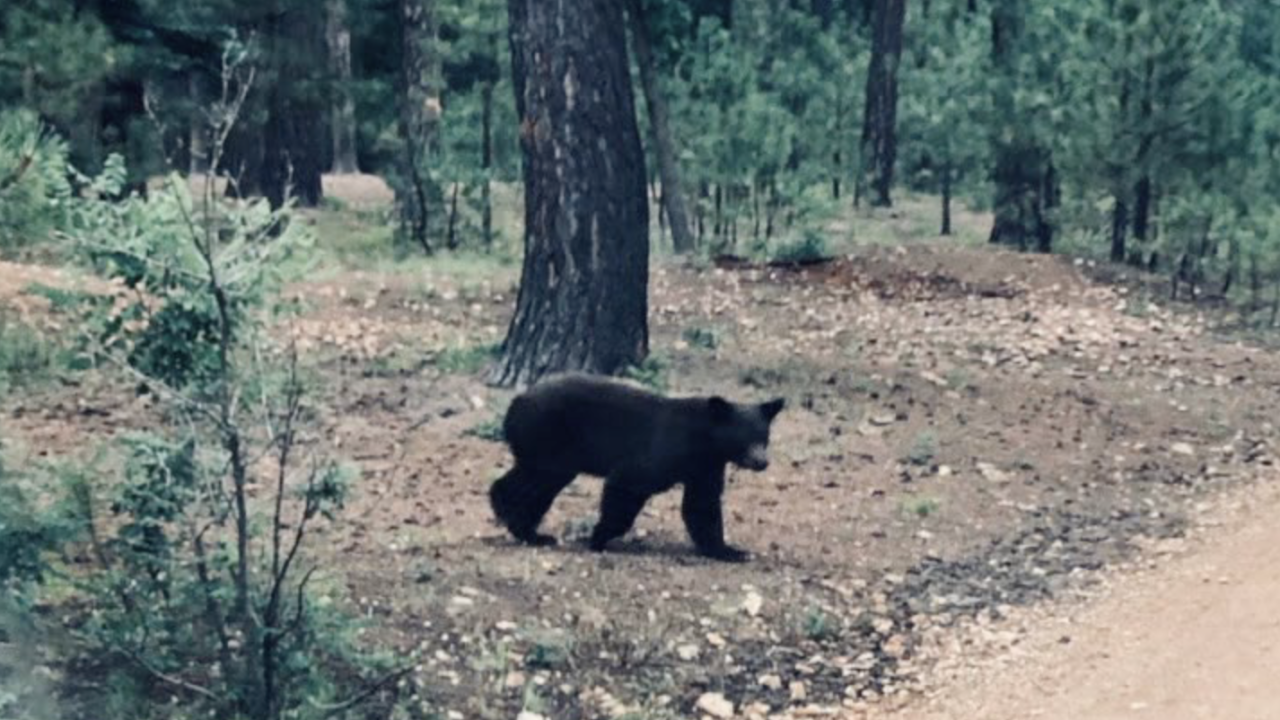 It was too close for comfort when a Valley family got a visit from a bear while camping up north.

For Bobby Campbell, the camping trip was meant to create memories and give his family one heck of a story.

The family of four took a trip to Bear Canyon Lake east of Payson over the weekend. After arriving, they saw several bears enjoying the scenic camp sites.

"We look over, and there are a bear and a cub, so that was pretty crazy and we're like wow, little did we know that was gonna become the norm of the weekend," said Campbell.

Over the next few days, they spotted more. The family spotted one young bear wandering just a few hundred yards from their camper.

"I wouldn't say we were having a great time. At this point we were already nervous about bears," said Campbell.

After a quick drive around the area, they returned to their camper and immediately noticed something odd.

"We walked into the camper, the bathroom, there's like a little vent up top and it was completely broken, like shattered," said Alexis Campbell, Bobby's daughter.

"She tells us what's going on and we thought it was struck by lightning," said Bobby Campbell. That's when Bobby spotted the paw prints.

The family says the same bear came back in the middle of the night. "My head and everything is back there, so it was about right here," said Alexis pointing to the ceiling area directly above her bunk inside the camper.

He says it started gnawing and clawing at the vent trying to get inside. "My wife looks at me and says I'm gonna set the alarm off, which was a great idea, spur of the moment and she set it off and it just ran," said Campbell.

The car alarm worked, the bear never returned, but for this family - sleep was hard to come by.

"Kept one eye open the rest of the night," said Campbell.

Campbell says they did bring firearms, but did not want to shoot the bear.

Arizona Game and Fish are now trying to trap and relocate the bear due to its dangerous curiosity with humans.