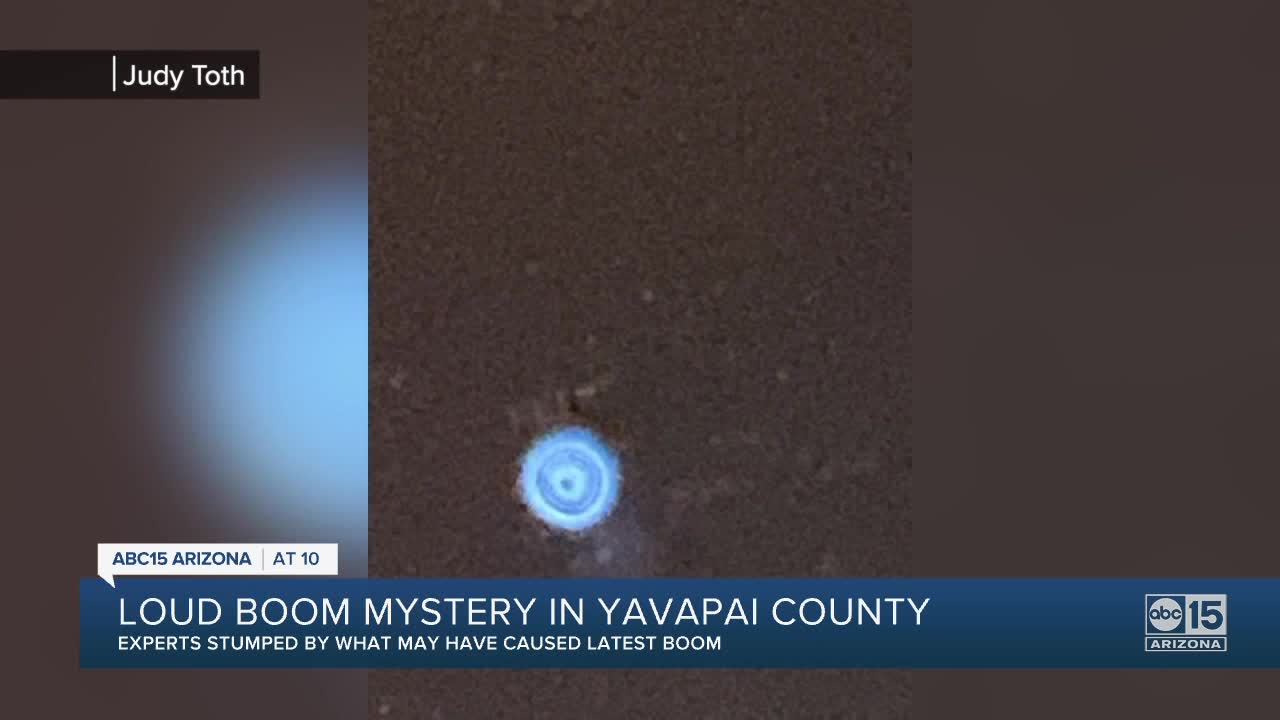 Many in the area hearing the boom, while some noticed lights in the sky. 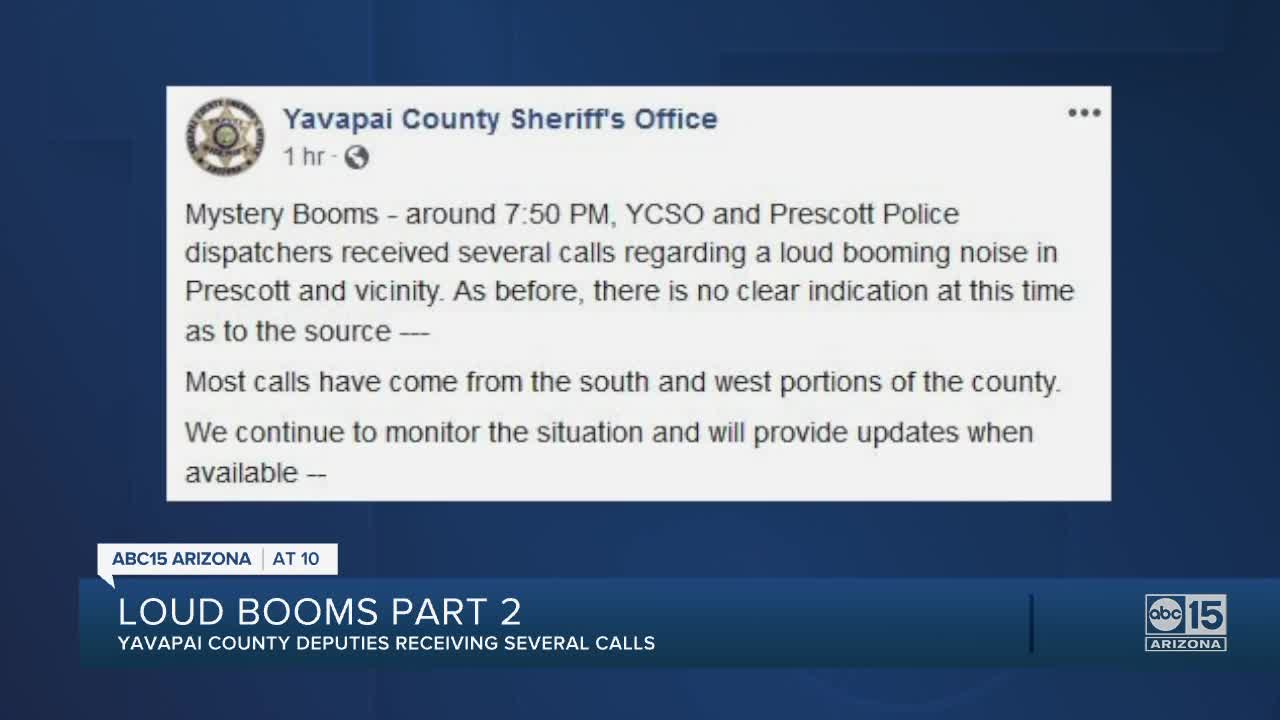 YAVAPAI COUNTY — The Yavapai County Sheriff's Office says they have received multiple calls of a loud boom in the Prescott area Tuesday night.

This comes after reports of a loud boom Sunday morning in Yavapai County.

Many in the area hearing the boom, while some noticed lights in the sky.

According to Robert Lunsford from the American Meteor Society, Sunday's boom was likely caused by a meteor. Tuesday night's boom, however, is still a mystery.

Embry-Riddle in Prescott says there were no incidents with their aircraft. ABC15 has also reached out to Luke Air Force Base, but have yet to hear back.

Meteor expert Robert Ward lives in the Prescott area and heard the boom on Sunday.

Ward says the meteor may have been the size of a microwave or refrigerator before breaking up in our atmosphere which is why it made such a loud sound for most in Yavapai County to hear.

He says he's unable to confirm if the latest boom was a meteor or not. "I'm scratching my head too--this is quite baffling."

Ward said he was outside when the boom supposedly happened, but did not hear anything.

YCSO says they are monitoring the situation.

This is a developing story, stay with ABC15 for the latest updates.