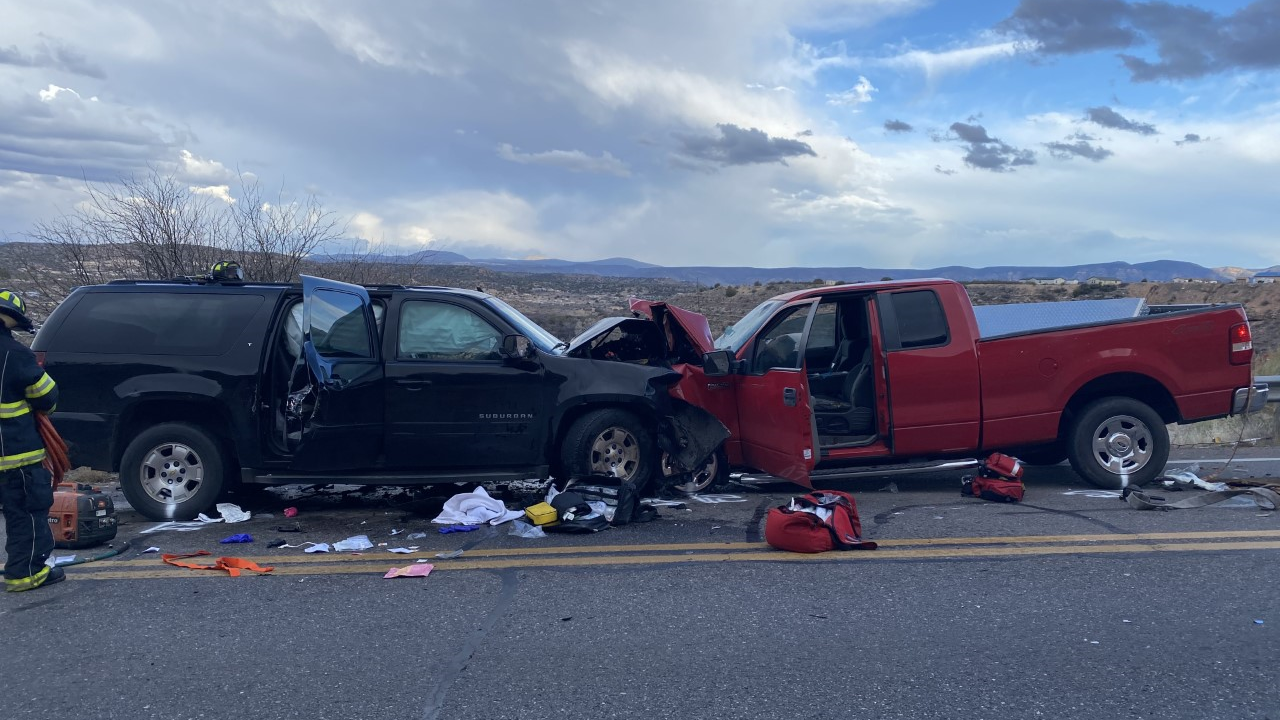 LAKE MONTEZUMA — A 5-year-old girl has died three days after being injured in a wrong-way crash near Lake Montezuma Monday.

The Yavapai County Sheriff's Office said a 46-year-old woman was driving the wrong direction with her 5-year-old daughter on Cornville Road near Kimberleys Way at around 4 p.m. on February 10.

The woman then crashed her Chevy Suburban head-on with a 37-year-old man in a Ford F-150 in the west lane of Cornville Road.

Verde Valley and Copper Canyon fire personnel extricated all three people from the vehicles. YSCO says the 5-year-old girl was not seated in a car seat and sustained serious injuries, while both drivers were flown to Flagstaff Medical Center, also in serious condition.

The 5-year-old girl was then flown to Phoenix Children's with internal bleeding. She later died after her life support was discontinued Thursday, according to YCSO.

Nearby witnesses say the woman crossed over the centerline multiple times on Cornville and Page Springs roads.

Officials say the woman thought she fell asleep and told them she used pain pills and medical marijuana before the crash. After a search, deputies found evidence of drug use as well as medical marijuana prescriptions in her purse, the sheriff's office said in a news release.

YSCO says the woman's blood tests are currently pending, and have not identified anyone involved in the crash.

YCSO and the Collision Team are currently investigating the cause of the crash.

This is an ongoing story, stay with ABC15 for updates.