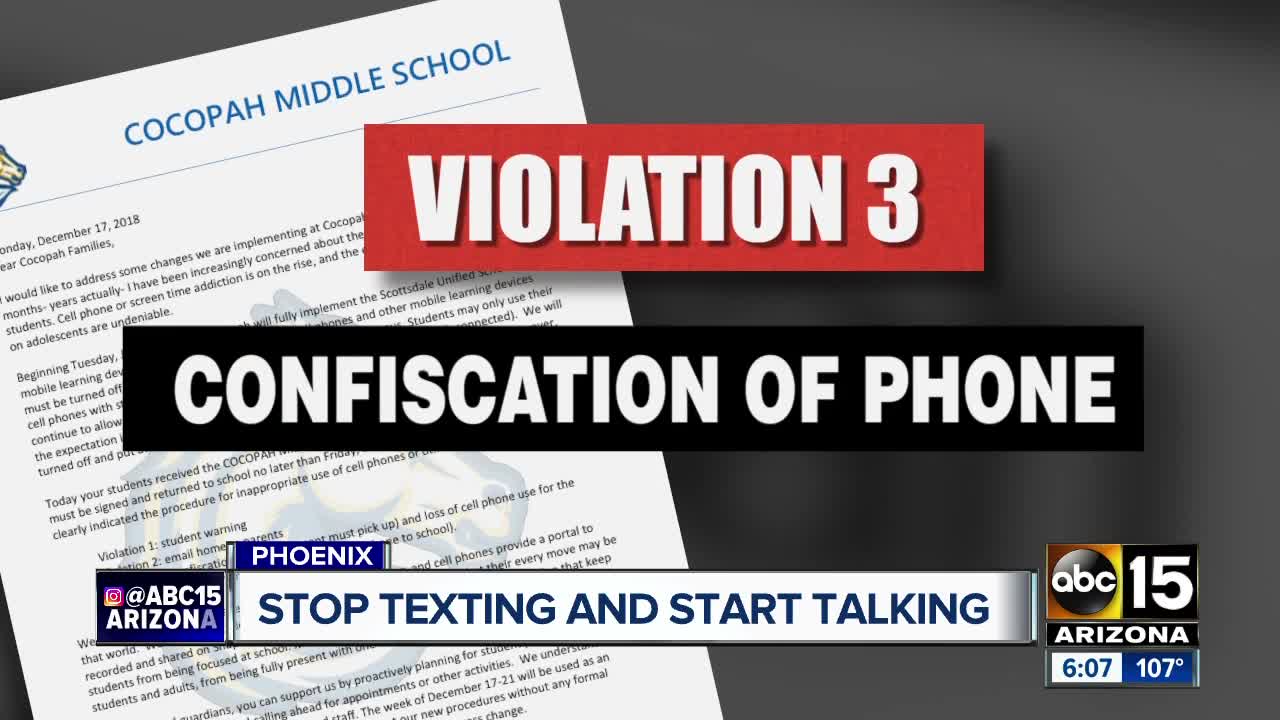 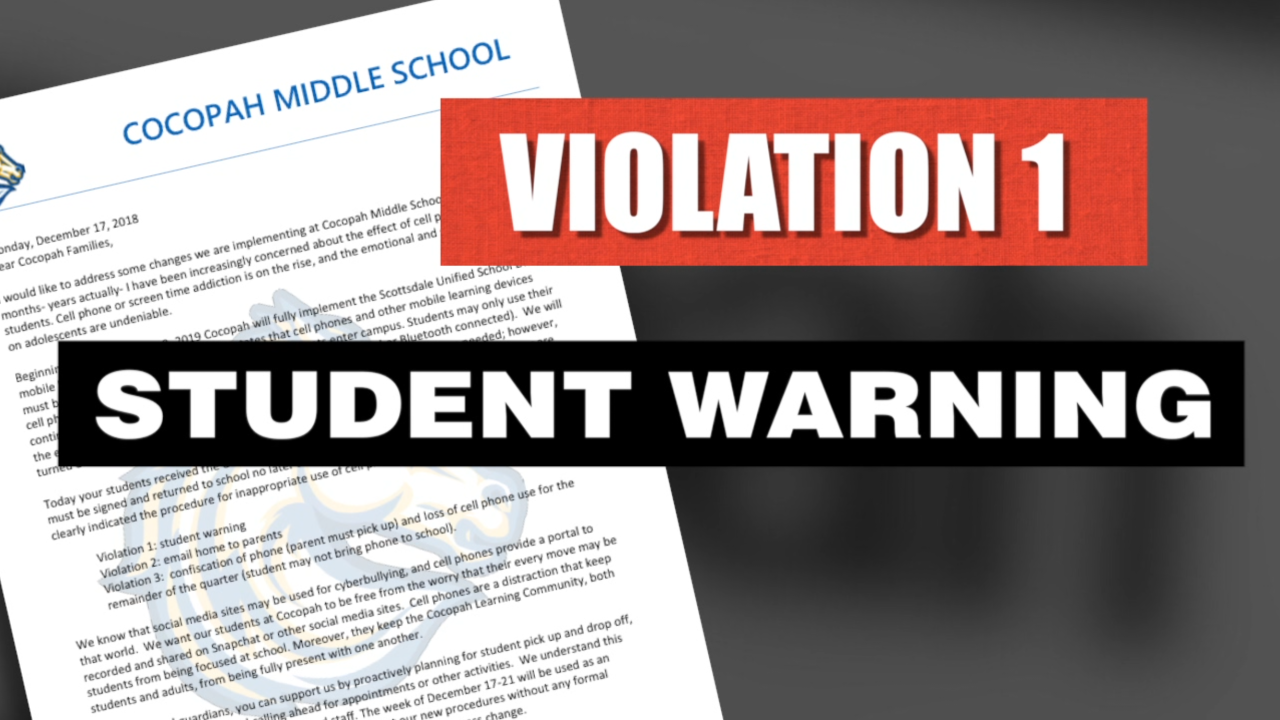 SCOTTSDALE, AZ — Across the country and right here in the Valley, schools are tackling a huge problem: kids are spending too much time on their phones and not enough with each other.

Cocopah Middle School in Scottsdale is one of the first in the Valley to take a stand, banning cell phone use during school time.

"They [phones] are off, they are in their backpacks, we don't see them," said media arts teacher Marcia DeMuro, who has been at Cocopah for 15 years.

According to principal Nick Noonan, the policy came after much research and discussion. He took comments and input from parents, teachers and students.

"We have taken district policy and just given it more life and just some teeth as well as far as implementation and monitoring," Noonan said.

At the beginning of the year, students and parents sign a technology contract. Part of what parents sign is a declaration that they will not text their children during the school day.

Eighth-grade student Bailey Dunigan says she can see the difference from last year to this year.

"This year, people are very social, they really connect, because they aren't on their phones at all," said Dunigan.

Should a teacher catch a student in violation, they receive a warning and their name is recorded. If it happens a second time, a preformatted email is sent to the student's parents.

"And they (students) know if they don't follow the rules, parents will be called and things will happen," says Dunigan.

Punishment is swift and serious should a student be caught a third time. Administrators confiscate the phone and a parent must come to school to pick it up. In addition, the student is not allowed to bring back the phone for the rest of the quarter.

"It's that dopamine...it is that....I hate to call it that but kind of that drug, that they have this addiction to and they want to be on all the time, so it's a little bit of breaking that habit," DeMuro said. "I've been really impressed with how well the kids have done."

Kellis High School in Peoria is another school in the Valley, and the only high school, we found to have a similar stance on cell phone use.

"We don't allow students to have phones during passing periods or during lunch. We like to see them talking to each other, and taking the phone away during these non-academic times really encourages social skills," said principal Jeff Wooten.