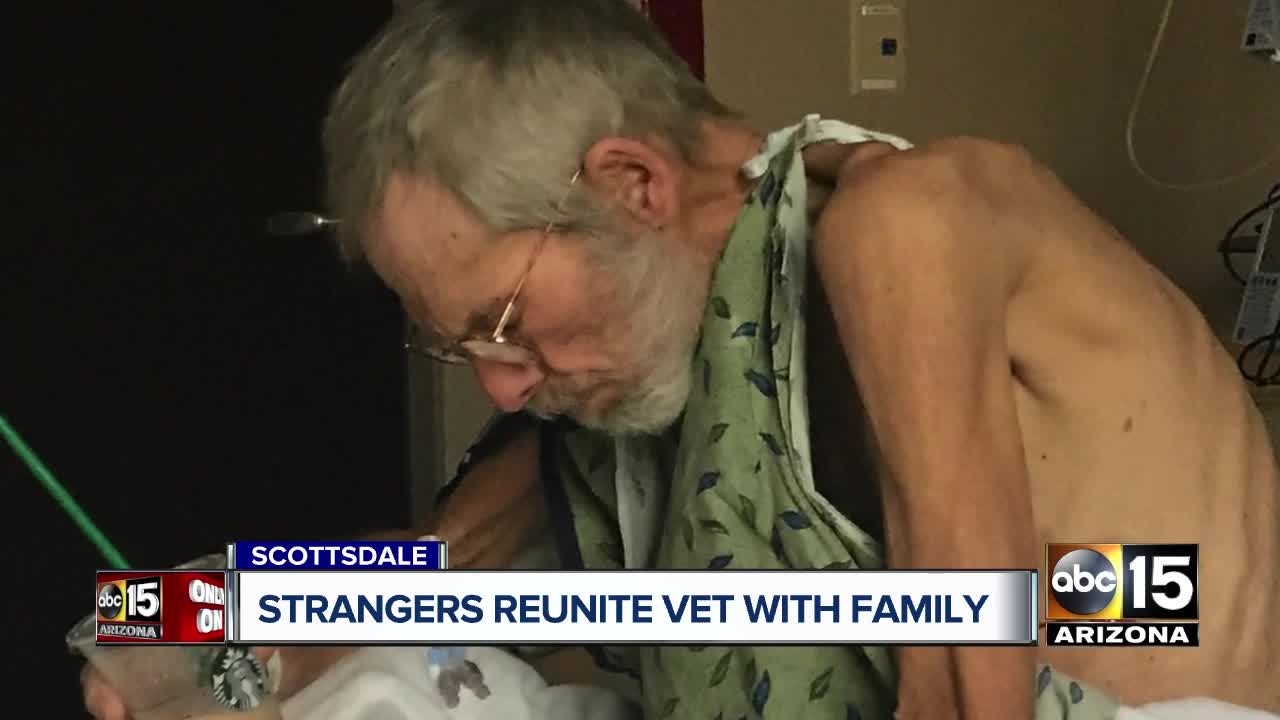 A Valley family was able to help reunite a veteran with his family who had been searching for him for nearly 40 years.

SCOTTSDALE, AZ — What started as a regular day at a Valley grocery store, has led to a life-long friendship.

“We saw him just holding this five dollar bill and just kind of wondering around," said Stephanie Blackbird. "He didn’t look well... He looked lost and I couldn’t walk away, I couldn’t in good conscience walk away without at least checking on this man.”

Stephanie, and her husband Al, met Alan Vandevander at a Whole Foods in North Scottsdale. They helped him get some food, started up a conversation, then parted ways, but the Blackbirds couldn't get the frail homeless man off their minds.

The next morning, they reconnected with him and helped him get to a hospital. Alan was severely malnourished.

“He said I’m glad they found me cause I was in trouble.” said Blackbird.

After getting to know him, the Blackbirds did some digging and found out Alan has quite the story. He served in Vietnam, and was awarded a purple heart, but he had also been missing for 40 years. His family in Indiana had no idea Alan was still alive.

“I started looking for him in 1990 and I kept coming across dead ends," said Alan's sister, Julie Vandevander. She says she last spoke to her brother in the 80's. “I never ever thought I would hear from my brother again.”

Julie and Alan spoke on the phone just before Christmas for the first time in almost four decades.

The Blackbirds have spent the last several weeks helping Alan find the care he needs, taking him to hospitals, and now the VA.

Julie hopes to fly to the Valley later this month to reunite with Alan.

A GoFundMe has also been set up to help Alan along his journey.