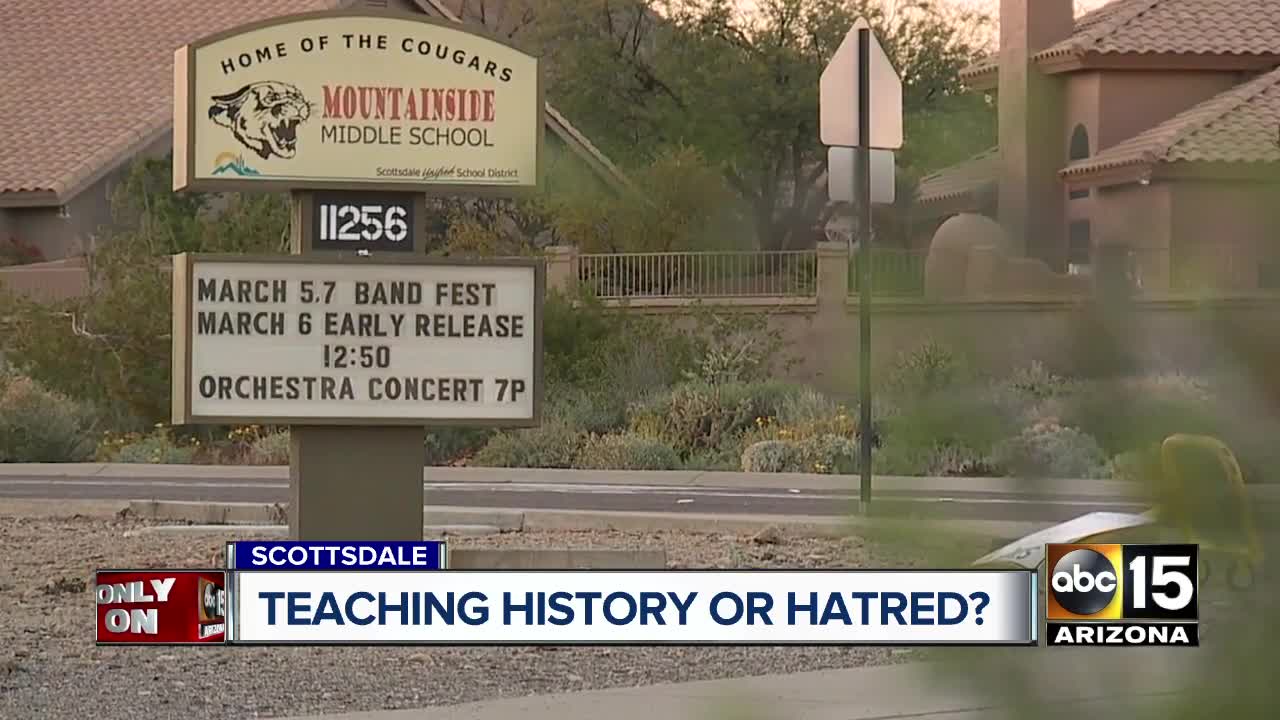 Mountainside Middle School in Scottsdale after students use 'N' word in class. 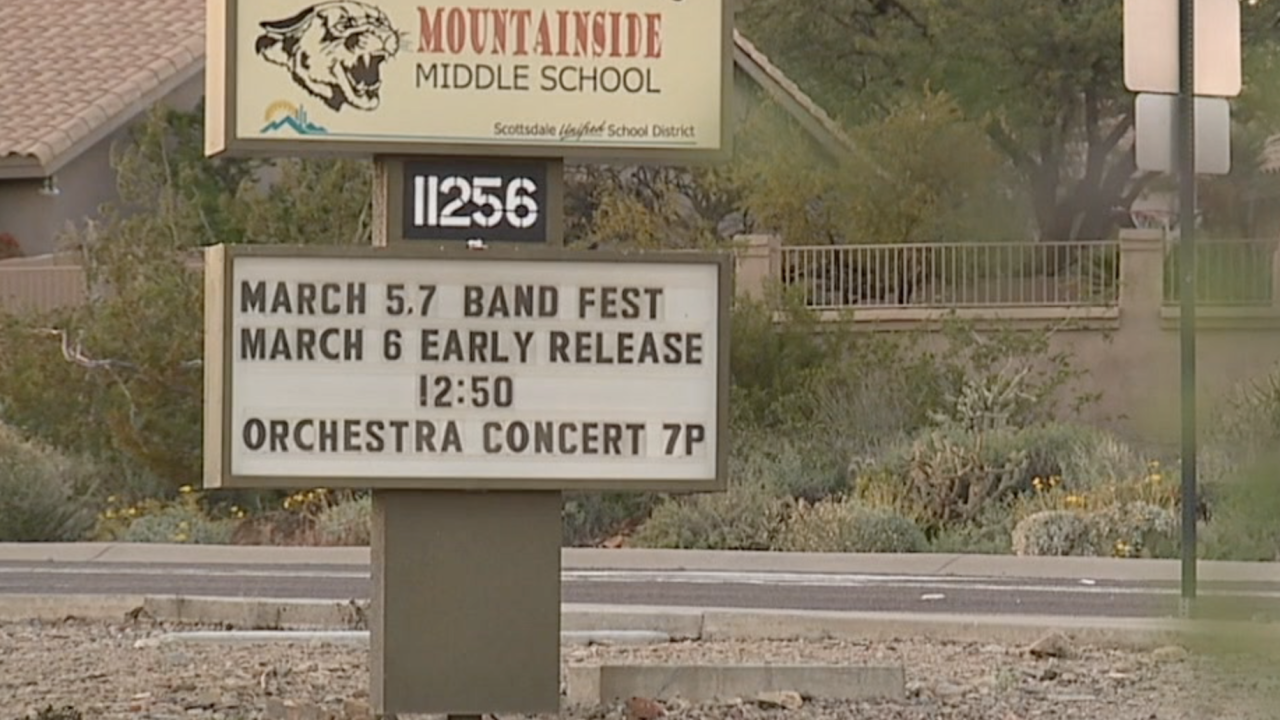 SCOTTSDALE, AZ — A Valley middle school is facing criticism after several white students were recorded saying the n-word in class.

The principal at Mountainside Middle School said it was part of a civil rights history lesson and was intended to teach kids about “why and how this word is racist and offensive.”

The school, part of Scottsdale Unified School District, sent an apology letter to parents two days after the incident. Many parents had already raised concerns with the administration.

The teacher] supplemented a lesson with multiple perspectives on an incident that took place in 1957 at a school involving an African American and white child. These perspectives included quotes directly from the primary sources and some of the quotes used the ‘n’ word. This lesson was taken straight from Stanford Education with excerpts from the PBIS documentary ‘Eyes on the Prize.’ Part of the intent of the lesson was to teach history of why and how this word is racist and offensive. The teacher spent a great deal of time setting up this lesson so students were prepared for the actual quotes used in this incident. We recognize the use of the factual quotes was not the way to teach this lesson. The quotes with the ‘n’ word made a lot of our students feel uncomfortable and offended. We apologize for putting students in the position of using these factual quotes with the ‘n’ word. We will change this lesson and still uphold the purpose of this lesson to teach our students how racist and offensive the ‘n word is. [We] spoke briefly to each class today apologizing and recognizing using these quotes was a mistake. Please know and believe Mountainside does not condone any racist and offensive language on campus.

The video of the incident went viral among the teenage student body. “Everybody saw it,” said Essence Winters, who is in 8th grade.

Winters wasn’t in the social studies class when it happened, she had a different teacher. But she saw the video and heard the giggles from classmates.

“They took it for a joke,” she said. “They thought it was okay for them to say it, like the one opportunity that they had. And all around my school, I hear people throwing out the word like it is okay and it’s not.”

Essence is a minority in America, and even more so at Mountainside where she says just three percent of the student body is African American.

“Did they really effectively learn the lesson, or did they just make a mockery of something,” asked Eshekiah Herron, Essence’s mom.

Herron believes teaching kids about the n-word isn’t the issue, but said they have to understand the context and the African American students need to be considered when planning a potentially offensive lesson.

“This is a place of learning, not a place where kids should feel humiliated or hurt after a lesson has been taught,” she said.

ASU Prep Parents had similar feelings in December, when kids dressed in KKK robes for a play.

Education on racial history is important. Phoenix police recently said a 19-year-old was ignorant about the history of the KKK’s robe when he rang a doorbell in a white hood.

The school said in the letter to parents that the teacher “spent a great deal of time setting up the lesson so students were prepared for the actual quotes used in this incident.”

But Essence said she was the one who was left explaining things.

“One of my friends was like, 'why are you making such a big deal out of this?'” said Essence. “I was like, ‘How do you not understand that this is a problem?'"

“The undercover hate that still goes on for other ethnicities is still very real. It’s unfortunate I don’t think it’ll ever go away,” said Herron.

The school is now working with parents to develop a new curriculum around the topic. They said the lesson taught in this incident will be changed in the future.

Dr. Ersula Ore, an African-American studies professor at ASU, sent ABC15 a statement about the importance of teaching history responsibly:

These incidents speak to a lack of contextualization, a kind of “soft-gloved,” whitewashed approach to teaching students about race, historical atrocity, and America’s long and ongoing tradition of anti-Black sentiment and violence. Teaching history responsibly means first reflecting upon our own insecurities, confusions, discomfort, and dis-ease with difficult dialogues. What unexamined anxieties do teachers hold when it comes to facilitating dialogues about race and racial injustice? The unexamined discomforts of teachers is in part what permits episodes such as these to persist. Second, teaching history responsibly means, in this case, providing a historical context for students that outlines the correlation, for instance, between terrorism and bullying and terrorism and racism. Using terms like “bullying” and “terrorism” for which students already have a frame of reference, provides context for not only why blackface and the n-word are problematic, but also for how these supposedly benign and “light-hearted” practices sustain and insulate racism.