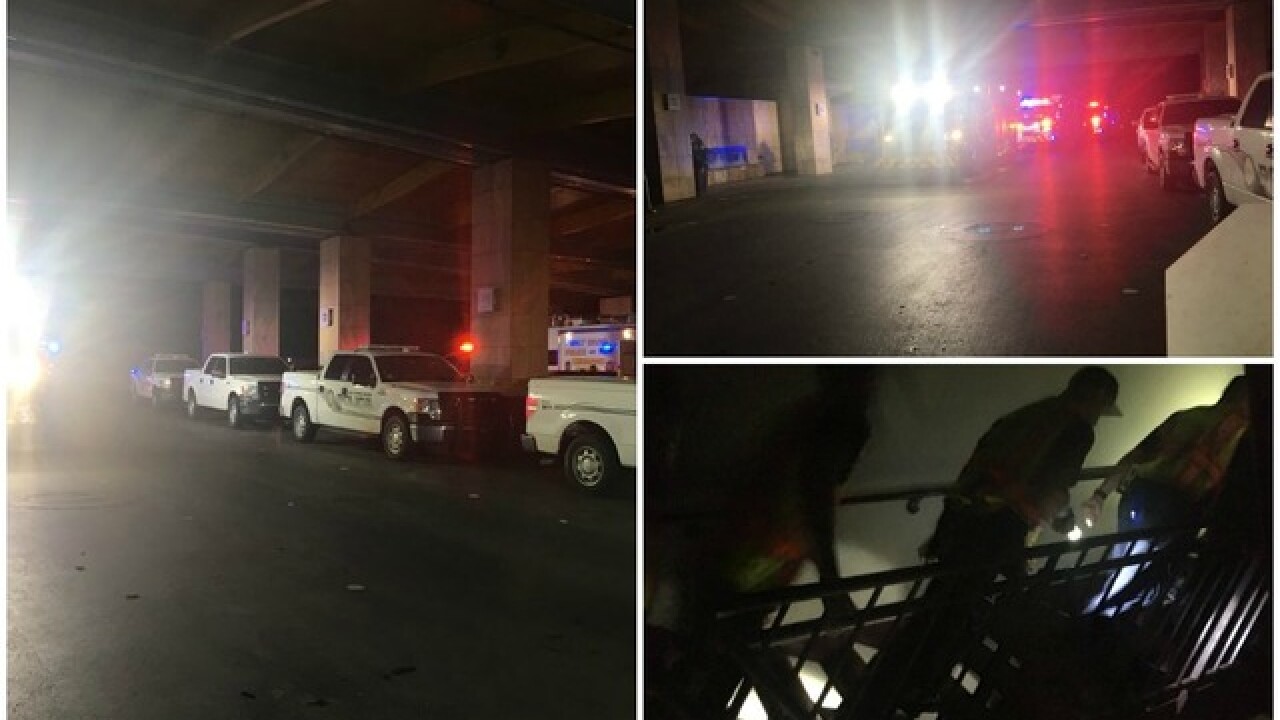 Copyright 2018 Scripps Media, Inc. All rights reserved. This material may not be published, broadcast, rewritten, or redistributed.
<p>Photos courtesy of Shoshana Deutschkron</p> 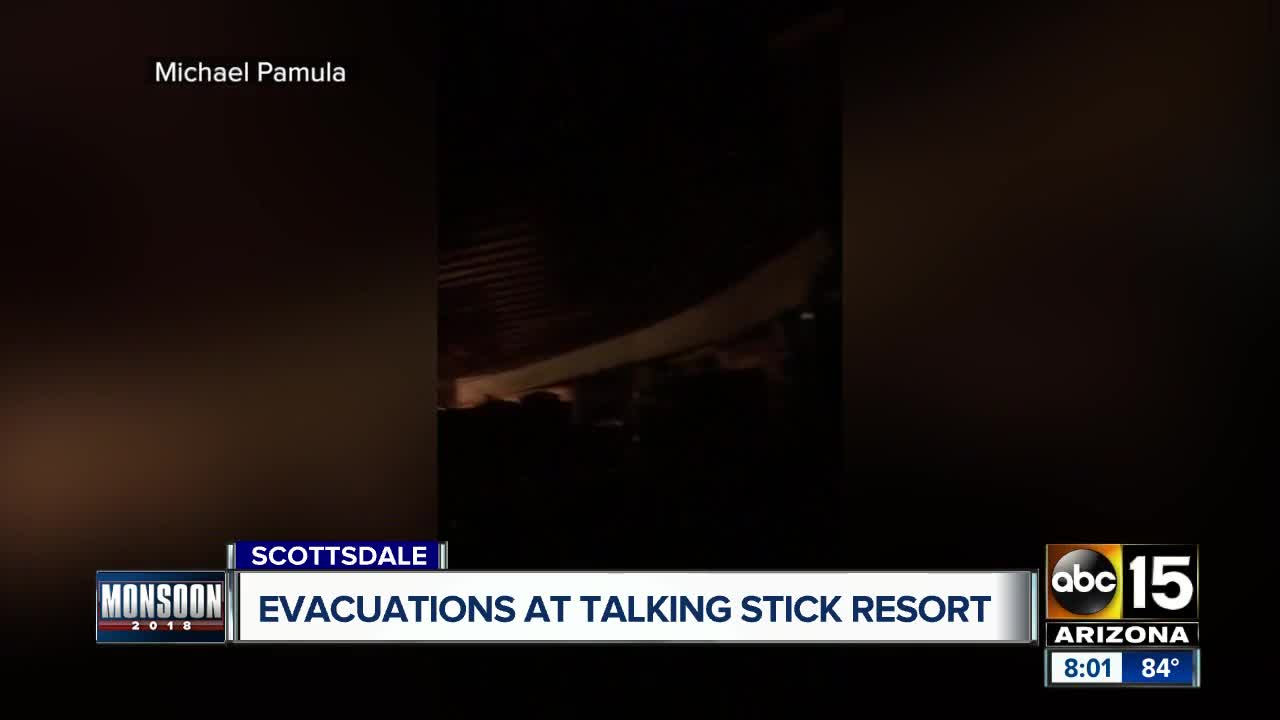 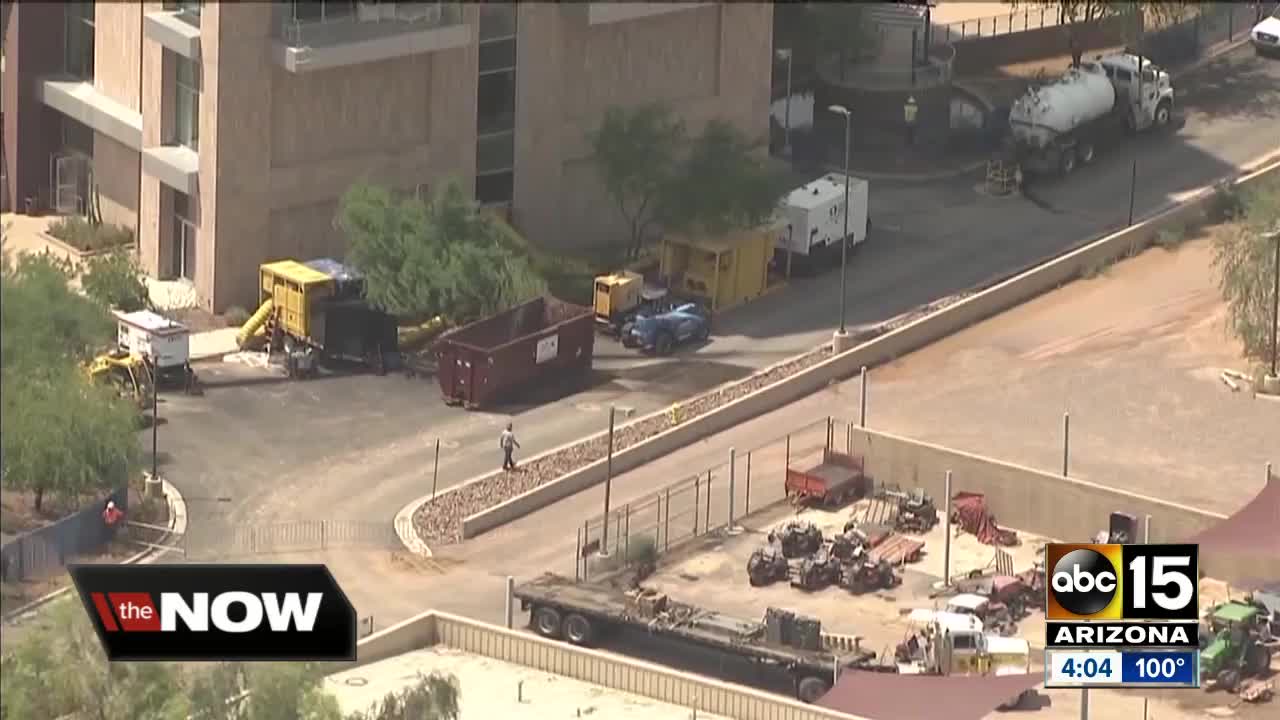 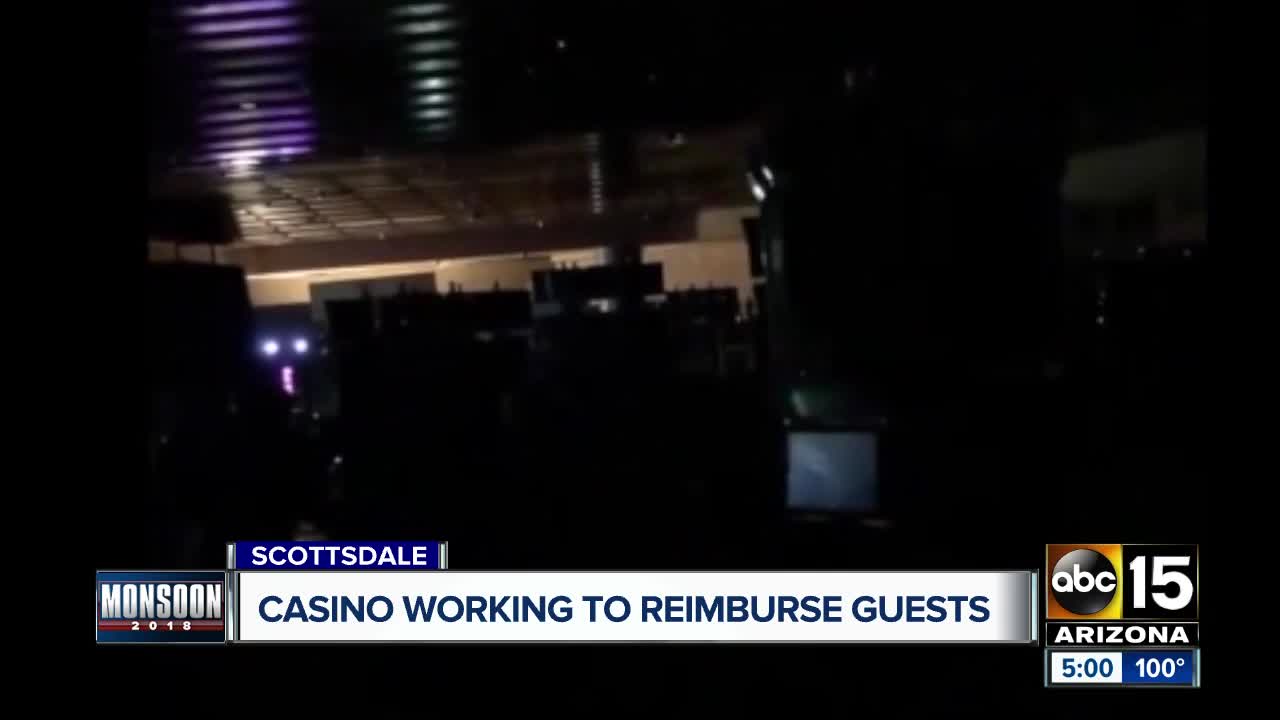 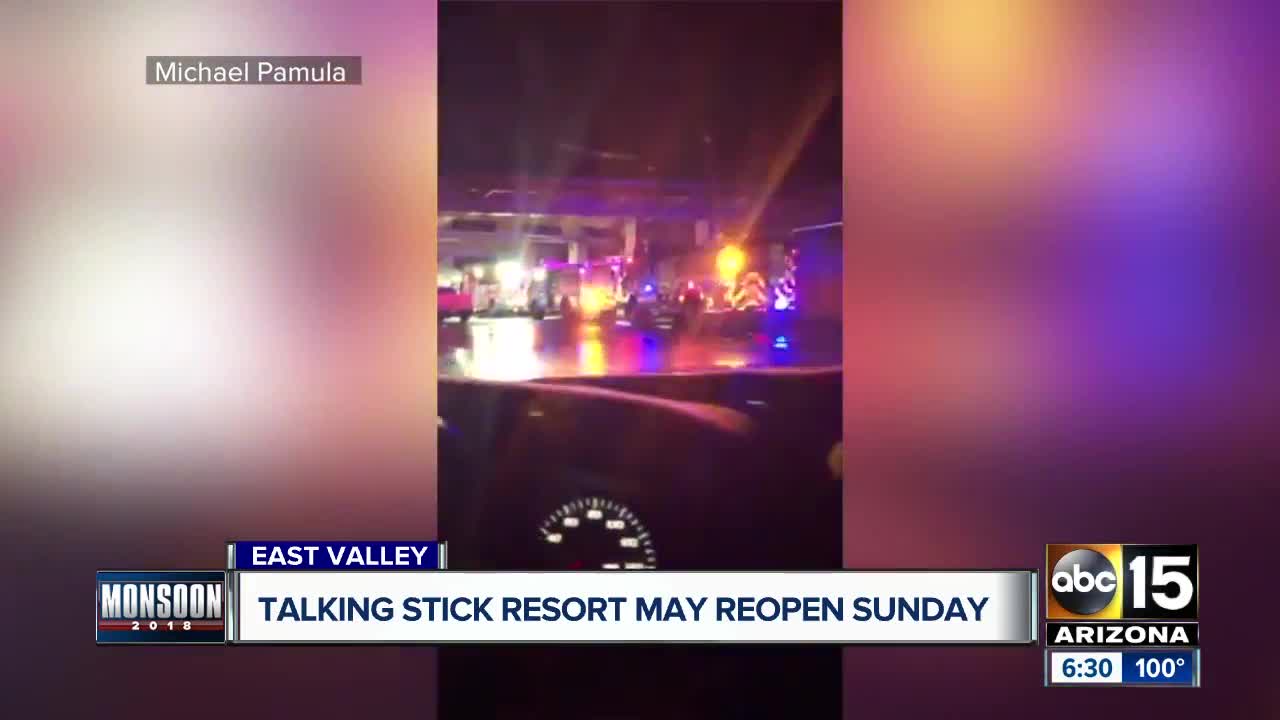 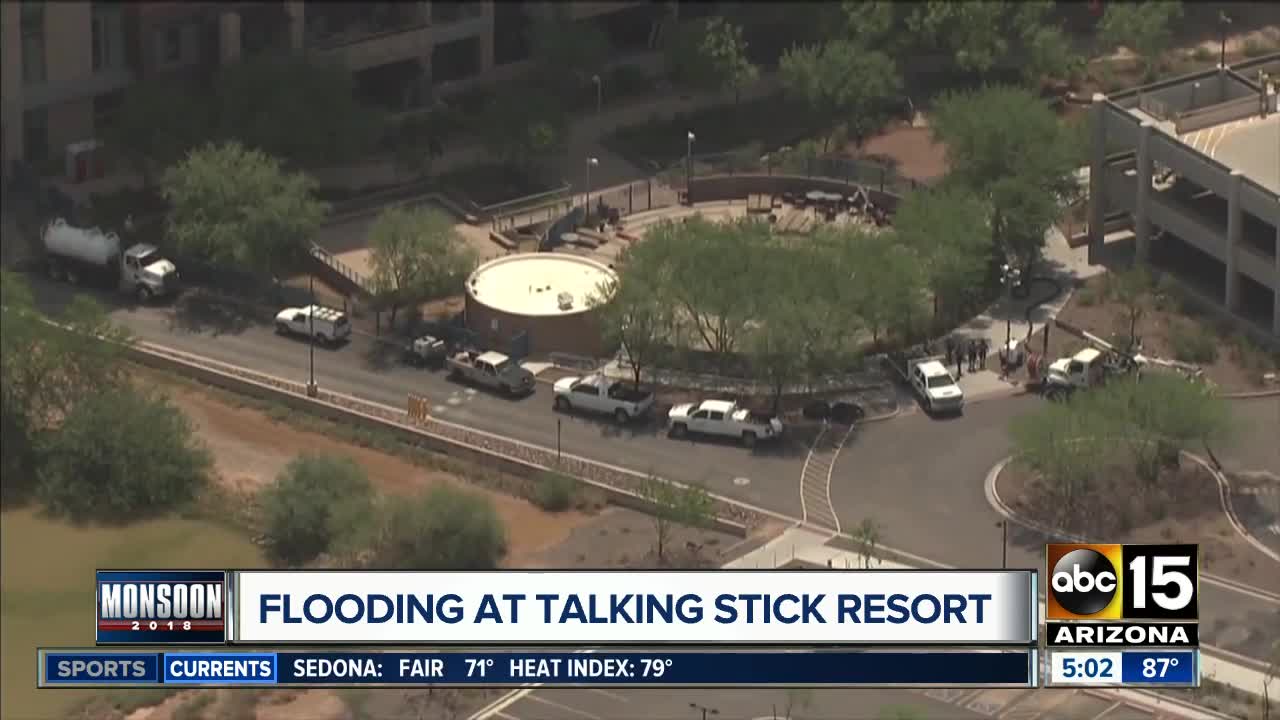 Talking Stick Resort officials say they're hoping to reopen next Sunday after the building was evacuated over the weekend during a powerful early morning storm.

According to a Salt River Police spokesperson, the power went out at the casino just off Loop 101 and Talking Stick Way around 2 a.m. Saturday. Water also began flooding the lower level, officials said.

More than 600 hotel guests had to be evacuated as a safety precaution, a resort spokesperson said Monday.

Talking Stick Resort (@TS_Resort) is closed because of flooding after last night’s storms. Guests were evacuated early this morning after the power went out. pic.twitter.com/SQbH2f3aXB

Around 8 a.m., officials began taking people back to the casino so that they could get their personal items.

Talking Stick Resort released a statement around noon Saturday saying hotel guests were being relocated to nearby hotels.

According to a Monday statement from the resort, multiple storms from last week are believed to have led to the generator malfunctions early Saturday, forcing the temporary closure.

"We are continuing to communicate directly with our impacted hotel guests. Reservations have been halted, and all property events have been canceled until further notice," the statement went on to say. "Guests should contact the property at 866-877-9897 to receive further information regarding their existing reservation."

"I'm by no means rich, but hey, once I walk away from this machine what are my guarantees that I will recuperate this money?" Kensy Colon said.

Colon was playing a slot machine, with his voucher inside, at the time the power went out.

Guests who were on the casino floor at the time of the evacuation and either has chips or slot tickets can exchange them at Casino Arizona beginning Monday.

Casino officials are assuring guests they will be reimbursed.

"When the machine shuts down it all stays on record," Ramon Martinez, with Talking Stick Resort and Casino, said.  "There's a record of everything that took place and of course we will sit down and determine what we can do better."

"We apologize for the inconvenience. Definitely, we did do the best we could. We moved several hundred people. Everything according to our protocol fell into place," Martinez said.

A poker tournament, The Arizona State Poker Championship, was slated to take place this weekend but has since been postponed, along with several other events that had been slated for this month: